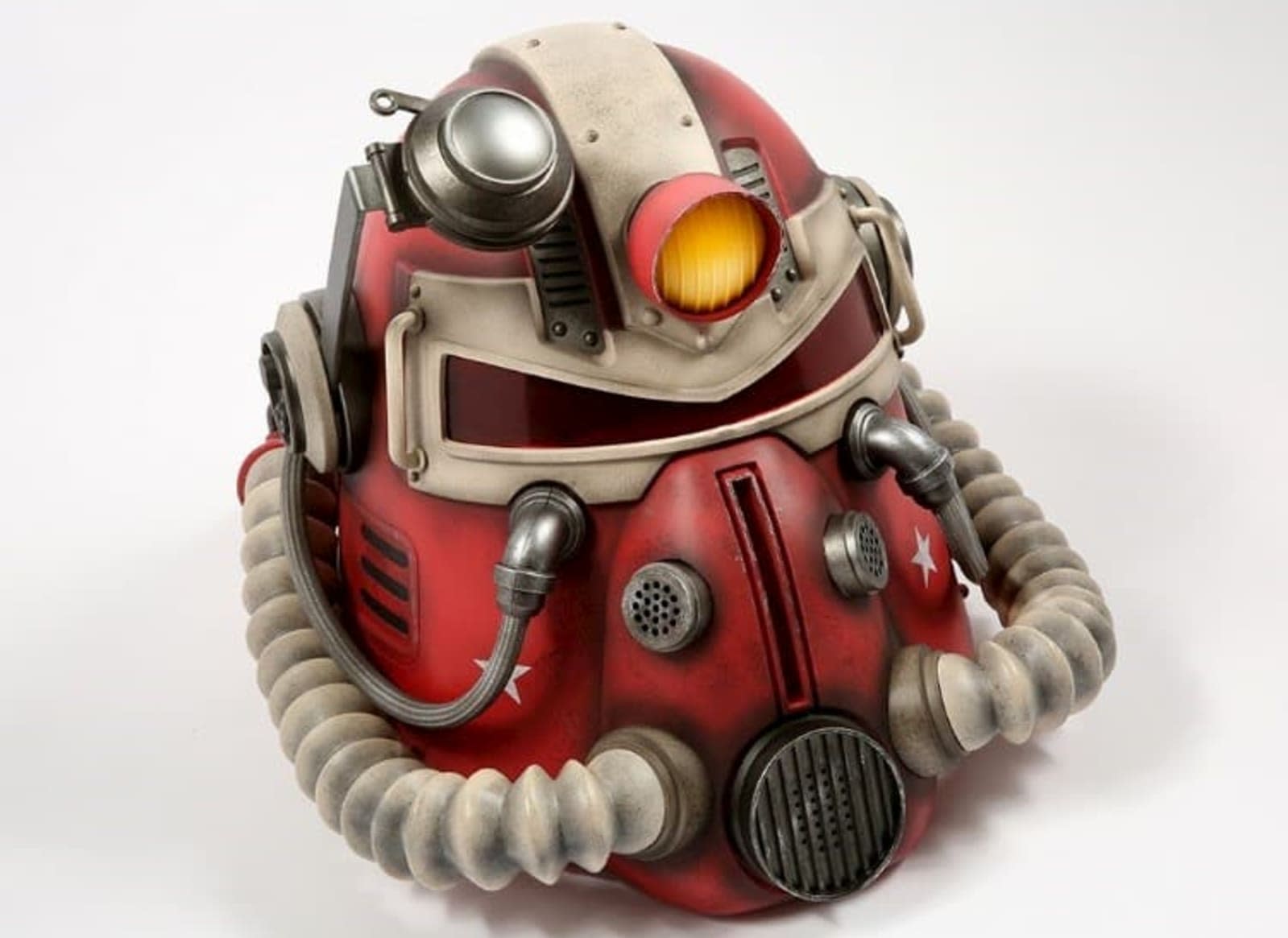 It feels like the bad news smog around Fallout 76 will never fully dissipate. The United States Consumer Product Safety Commission has issued a recall for wearable helmets because of a mold risk. The recall only impacts the red, Nuka Cola-themed T-51b Power Armor Collectible Helmet sold exclusively at GameStop, not the ones from Bethesda's own Fallout 76 Power Armor Edition.

The CPSC reports there might be mold on the helmet's fabric insert, which could pose "a risk of respiratory or other infections in individuals with compromised immune systems, damaged lungs or an allergy to mold."

About 20,000 of the helmets were made by Chronicle Collectibles, according to the CPSC. However, the company told Engadget that the recall involves only one specific model: the Fallout 1:1 Power Armor Nuka Cola Helmets with a red painted finish and white-colored exterior tubing around the sides (above). Only 32 of the units in question were shipped to consumers, and all the buyers have been contacted. No injuries have been reported.

It's just the latest issue to impact Fallout 76, albeit one that doesn't seem directly tied to Bethesda (Engadget has contacted the publisher for comment). The shared-world action RPG had a rocky launch last November, which director Todd Howard acknowledged onstage at E3 this year. Bethesda apologized to players by giving them some free games, while a major update is expected soon.

It's not the first time there have been problems with a Fallout 76 collectible either. Some people weren't happy Bethesda included a nylon carrying bag for its own collectible helmet with the Power Armor Edition, instead of a canvas one as advertised. Still, there's something to be said about a mold issue affecting a collectible item for a game set in a nuclear wasteland.

Update 9/25/2019 2:28 AM ET: The post has been updated with a statement (below) from the helmet manufacturer, Chronic Collectables.

The recall only involves the Fallout 1:1 Power Armor Nuka Cola Helmets that have a red painted finish with white-colored exterior tubing around the sides. Only 32 units of the recalled helmets were actually sold and shipped to consumers, and all of those consumers have been identified and notified directly about the recall. No other models, editions, or colors of Power Armor Helmets are involved in this recall. Accordingly, the Fallout 76 Power Armor Edition helmets, which have a gun-metal or grey color painted finish and gray or black colored exterior tubing around the sides, and which were sold as part of a bundle with a video game and other collectible items, are not being recalled.

In this article: bethesda, fallout 76, fallout76, gadgetry, gadgets, gamestop, gaming, product recall, productrecall
All products recommended by Engadget are selected by our editorial team, independent of our parent company. Some of our stories include affiliate links. If you buy something through one of these links, we may earn an affiliate commission.