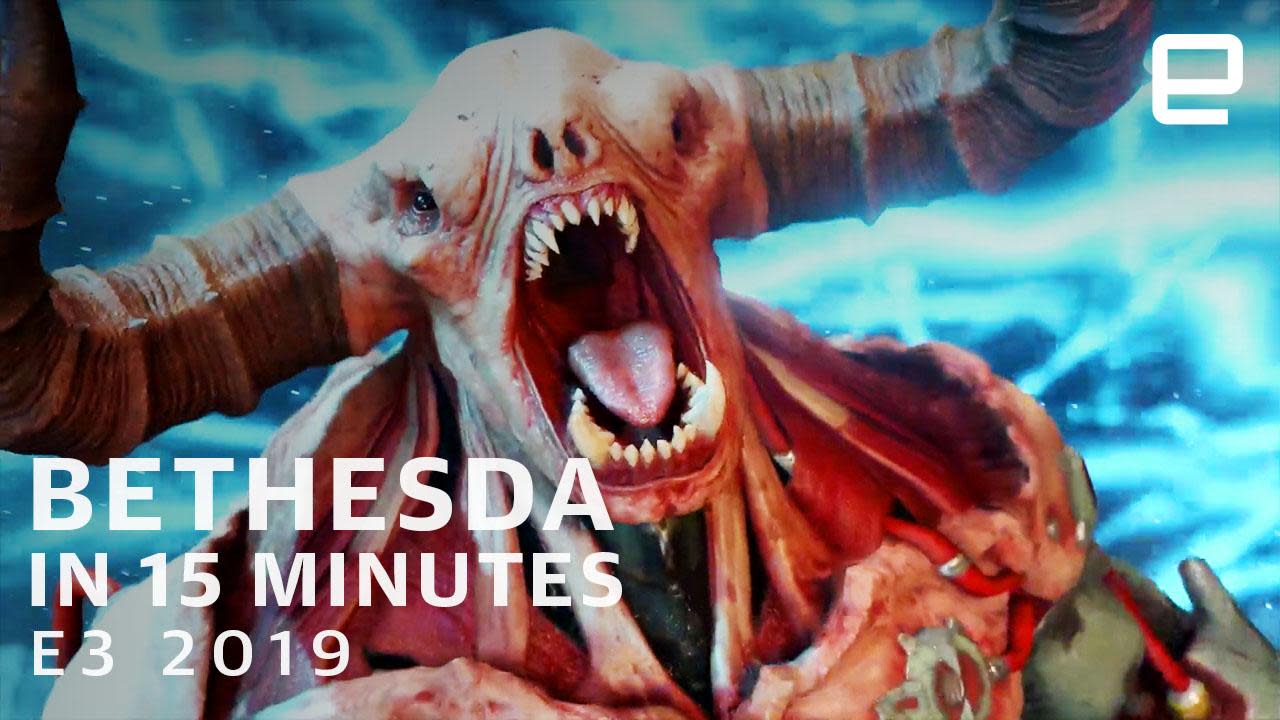 Bethesda kicked off its E3 event yesterday, and if your head is still spinning from all of the gaming updates announced this weekend, here's your chance to catch up on Bethesda's biggest news. The company debuted Orion, a software collection meant to optimize game engines for streaming on platforms like Google's Stadia or Microsoft's xCloud. The goal is to improve the game-streaming experience for folks with slower internet speeds or those who live far from data centers. Bethesda gave us a glimpse of Doom Eternal, Fallout 76 and the new Wolfenstein: Youngblood. There's also the new supernatural action adventure Ghostwire Tokyo and a new dragon quest line in Elder Scrolls: Blades. Today we learned that Doom will stream on iOS later this year. In case you missed Bethesda's E3 presentation or need a second viewing to catch all the details, we've compiled this supercut to bring you up to speed.

In this article: av, bethesda, doom, doom eternal, e3, e32019, fallout, fallout 76, game streaming, gaming, ios, orion, supercut, watch, Wolfenstein, wolfenstein youngblood
All products recommended by Engadget are selected by our editorial team, independent of our parent company. Some of our stories include affiliate links. If you buy something through one of these links, we may earn an affiliate commission.