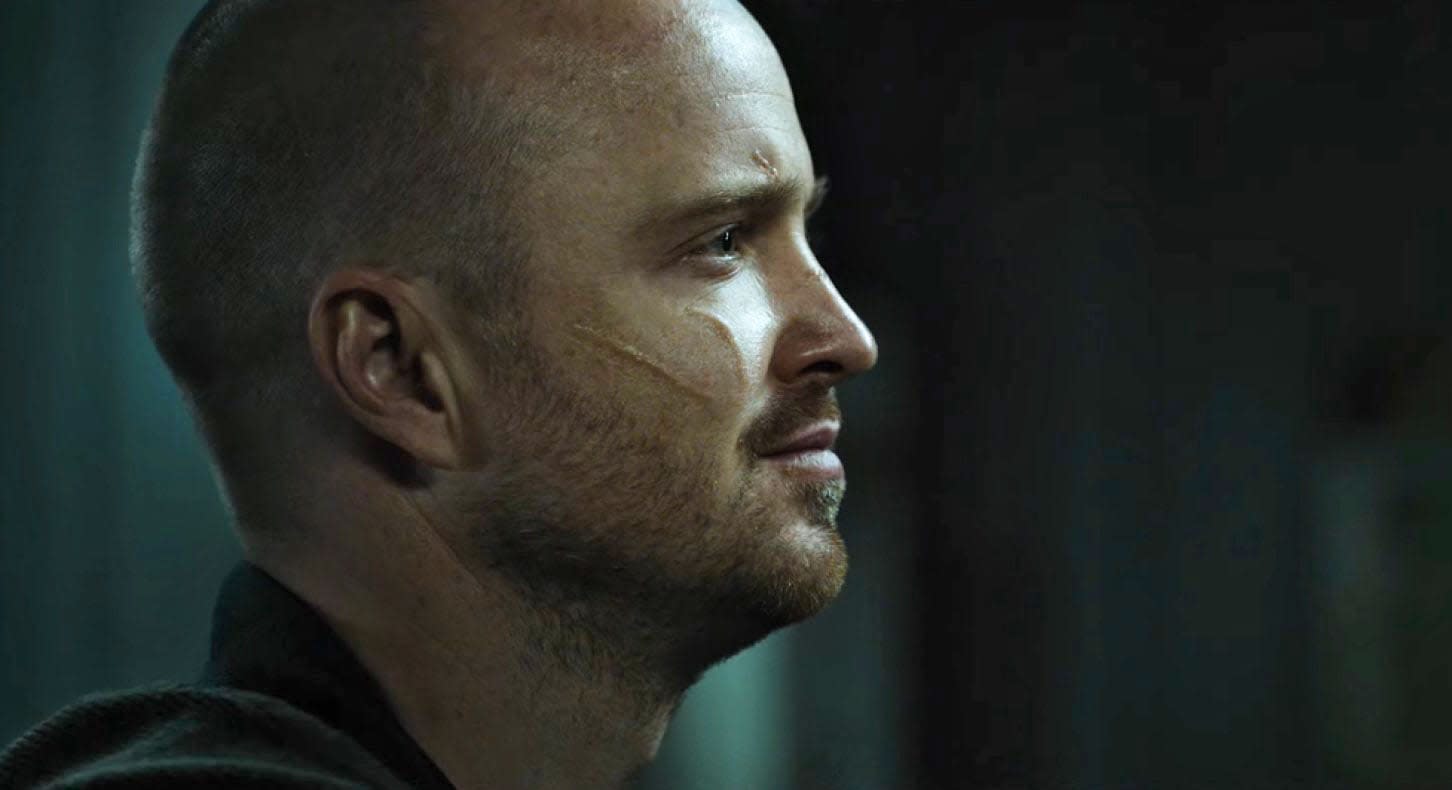 The first trailer for the upcoming Breaking Bad movie, El Camino, is here at last, offering the most in-depth look yet at what's in store for Jesse Pinkman after the events of the series. Unsurprisingly, it's pretty dark.

The former meth cook is on the run from the law and when he turns up at Skinny Pete's house, he looks like he's been through the ringer several times. As anyone who's seen Breaking Bad will attest, that's definitely the case. He's scarred, physically and mentally, but when an offscreen voice asks at one point whether he's ready, he answers in the affirmative, in the trailer's only dialogue.

The movie picks up immediately after the series finale. We won't have to wait too much longer to find out Jesse's fate. El Camino: A Breaking Bad Movie will debut on Netflix and in some theaters October 11.

In this article: aaron paul, aaronpaul, amc, av, breaking bad, breakingbad, el camino, el camino a breaking bad movie, elcamino, elcaminoabreakingbadmovie, entertainment, netflix, streaming
All products recommended by Engadget are selected by our editorial team, independent of our parent company. Some of our stories include affiliate links. If you buy something through one of these links, we may earn an affiliate commission.