The Quest's killer new feature turns it into a PC VR headset. 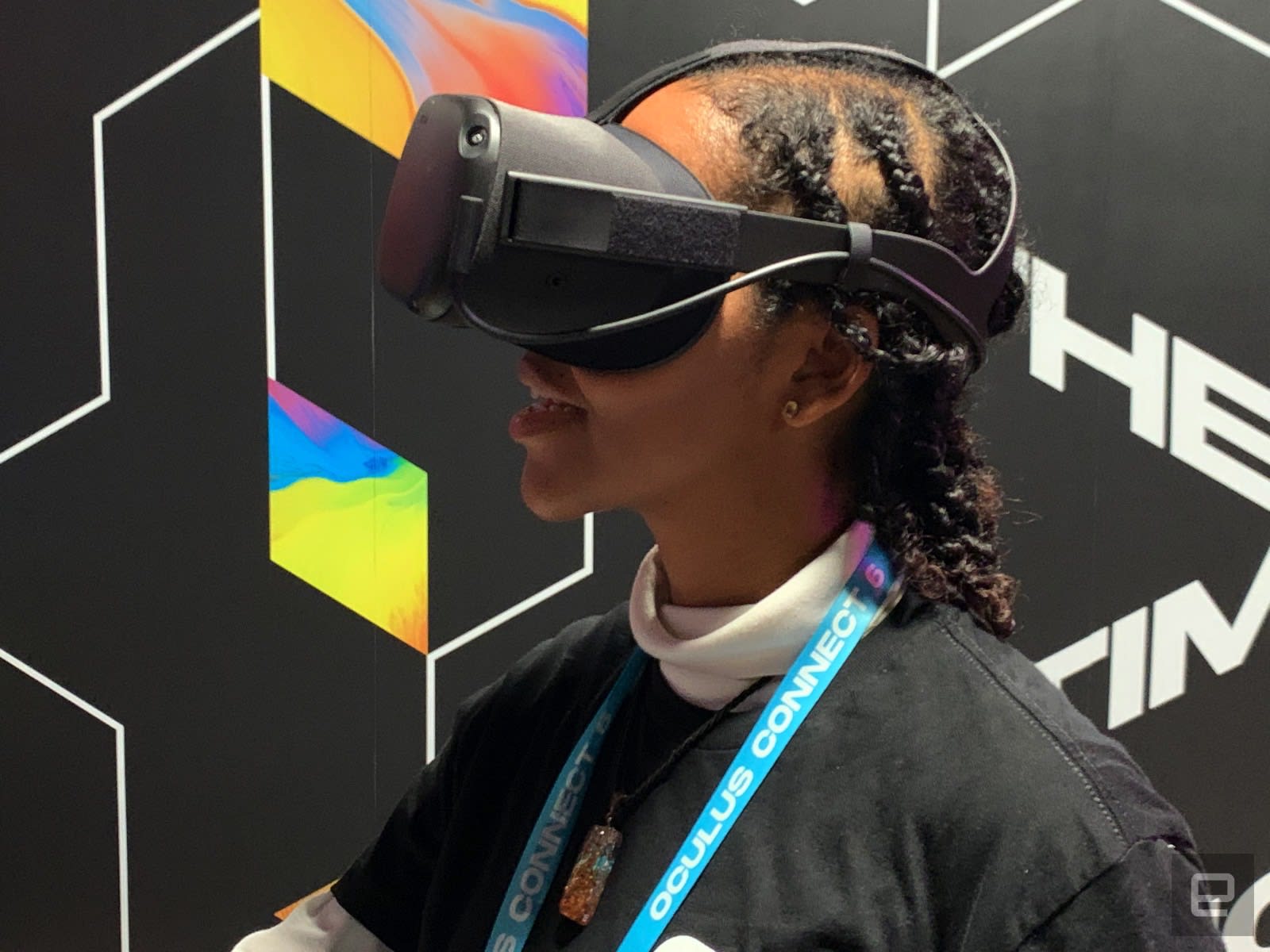 All products recommended by Engadget are selected by our editorial team, independent of our parent company. Some of our stories include affiliate links. If you buy something through one of these links, we may earn an affiliate commission. All prices are correct at the time of publishing.
Oculus Link hands-on: It really makes the Quest feel like Rift VR
av
facebook
gadgetry
gadgets
gaming
gear
Oculus
Oculus Link
Oculus Quest
oculusconnect6
Rift S
VR