Who needs the Rift S when the Oculus Quest can do everything?

With a slew of updates on the horizon, the Oculus Quest ($399) is now a must-have purchase for anyone getting into VR. Today's Oculus Connect 6 keynote was jam-packed with major new features for the Quest: Oculus Link will let it connect to PCs and play any Rift title; hand-tracking is coming next year; and it's even getting Go apps and better passthrough support. All of this begs the question, what purpose does the Rift S ($399) serve now? Not much, I'd say.

The Rift S had a rocky start. It launched alongside the Quest, but while that headset gave us a glimpse at the power of truly portable VR, the Rift S just felt like a minor step up from the original Rift. Sure, the resolution was higher and had built-in sensors, but it wasn't the true sequel I was hoping for. Instead, it felt like yet another PC VR headset, one that was practically indistinguishable from the slew of Windows Mixed Reality devices. 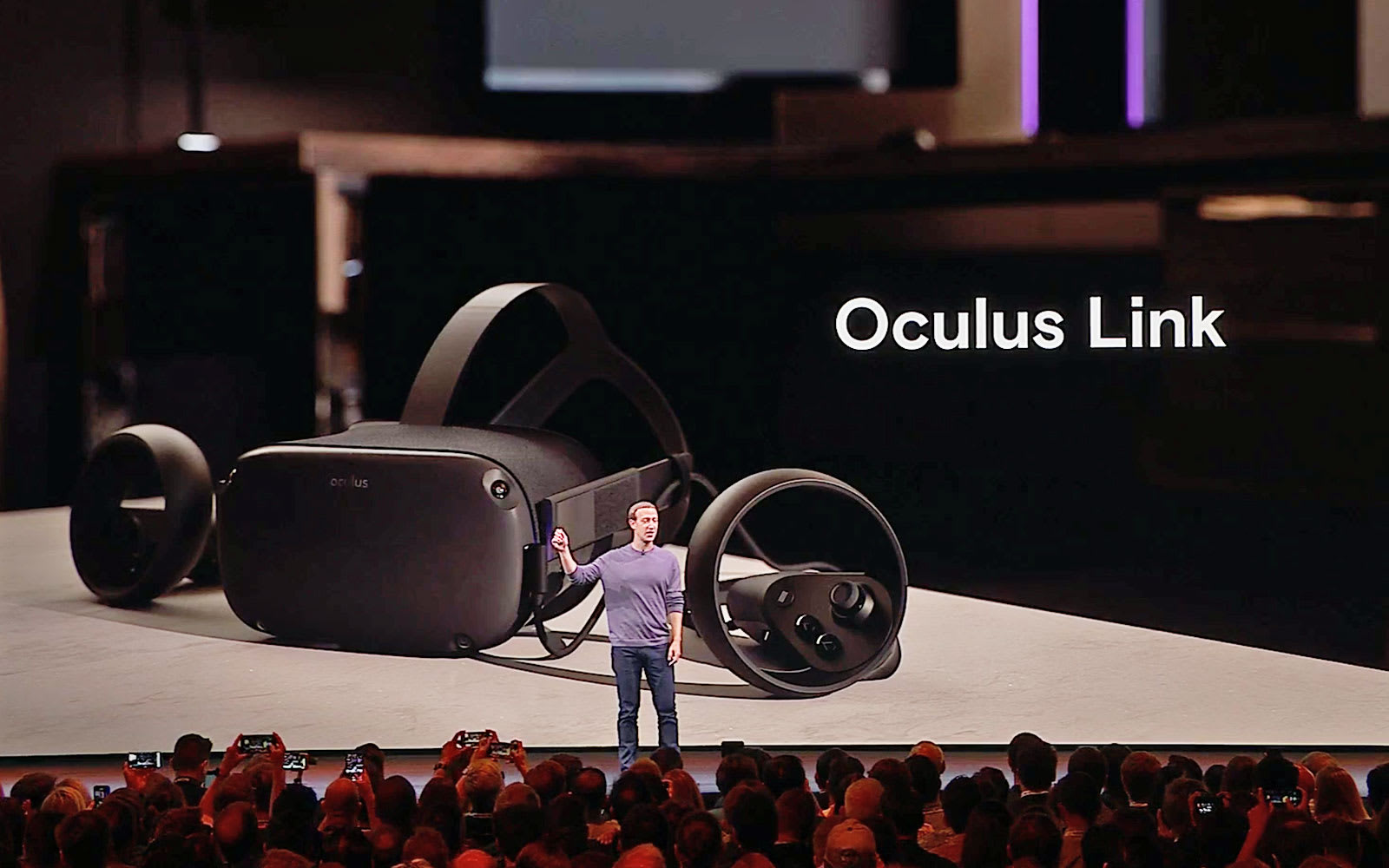 With Oculus Link and all of those updates coming to the Quest, the Rift S now seems practically irrelevant. My main issue with the Quest originally was that it was limited to simpler mobile VR experiences, but Oculus Link completely fixes that problem. If it works as advertised, you just have to plug it into a gaming PC to play higher quality Rift titles, like the upcoming Asgard's Wrath. That's not only incredibly convenient, it's something we haven't yet seen from a major VR company. Finally, there's a headset that you can use wirelessly on the go, and together with a PC when you need more power.

The Quest also has higher resolution OLED displays (1,440 by 1,600 pixels per eye) than the Rift S (1,280 by 1,440 pixels per eye), which relies on fast-switching LCDs. The Rift S does have the advantage of a slightly faster 80Hz refresh rate, but the Quest isn't much slower at 72Hz. I'd argue the benefits of OLED outweigh that deficiency: You'll see deeper black levels and better overall contrast on the Quest.

And if you're not sold on the benefits of the Quest yet, there's also hand tracking coming next year. We only saw a brief demo at Oculus Connect, but it looks like it does a decent job of sensing your individual finger movements using the Quest's built-in cameras and computer vision algorithms. There's no additional accessory required. It's unclear if the Rift S will ever get this feature — though it technically could. While hand tracking might not replace the Quest's motion controllers altogether, it adds another immersive interaction option for developers. It also gives Oculus one way to compete with the Valve Index, which has excellent finger tracking controllers.

As if to rub salt in the wound, Oculus is also bringing Passthrough+, one of the Rift S's unique capabilities, over to the Quest. It gives you a stereoscopic view of the real world using the headset's cameras, and it's vastly superior to the flat 2D version of Passthrough currently on the Quest. This isn't necessarily an essential feature, but being able to sense the actual distance between you and your coffee table will likely help avoid potential VR accidents.

With both the Oculus Quest and Rift S selling for $399, the choice for most consumers is obvious: Go for the more flexible and capable headset, instead of the one that's stuck in the past. I wouldn't be surprised if Oculus ends up making the Rift S cheaper for the holidays, but it would have to be a truly steep discount to make it worthwhile.