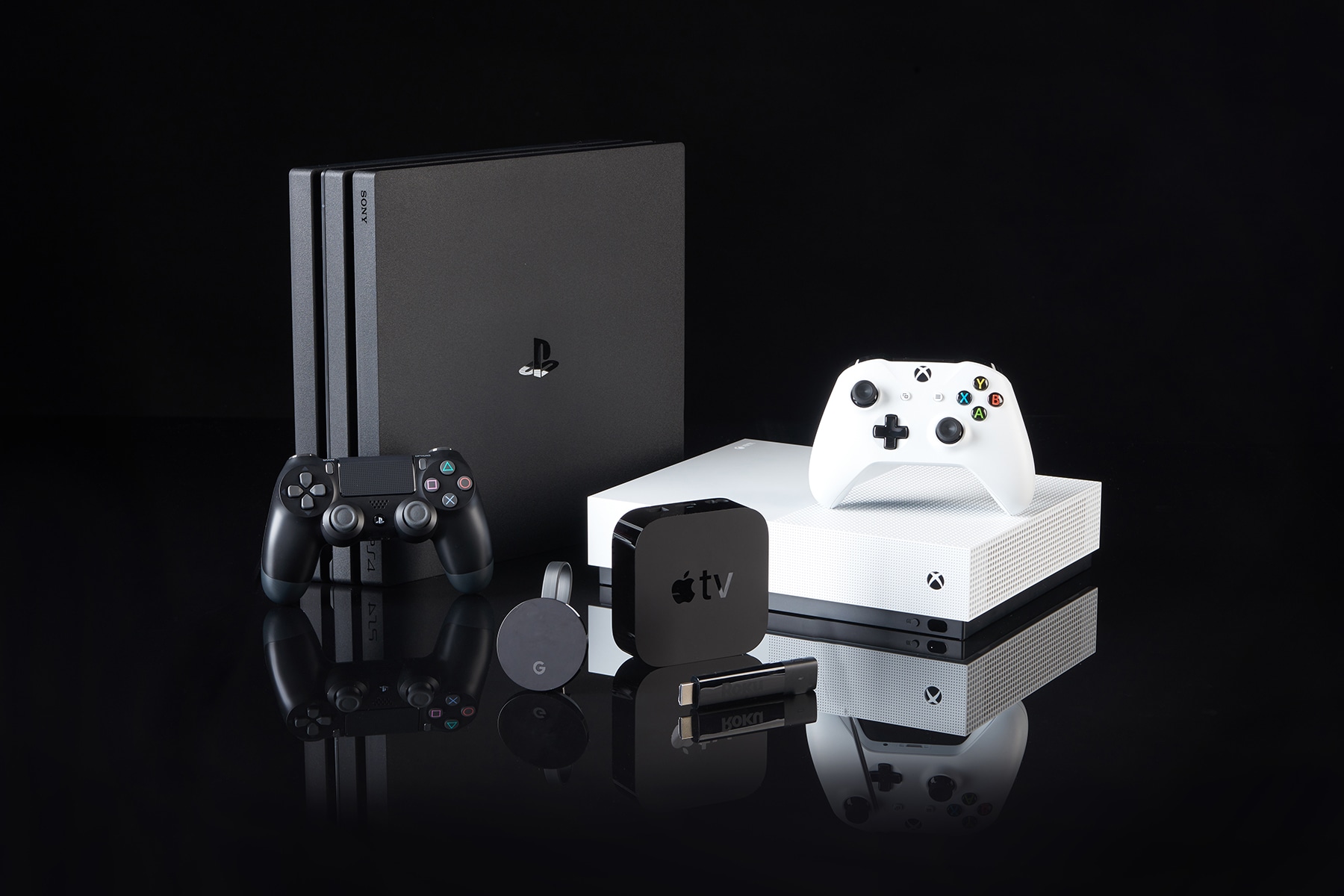 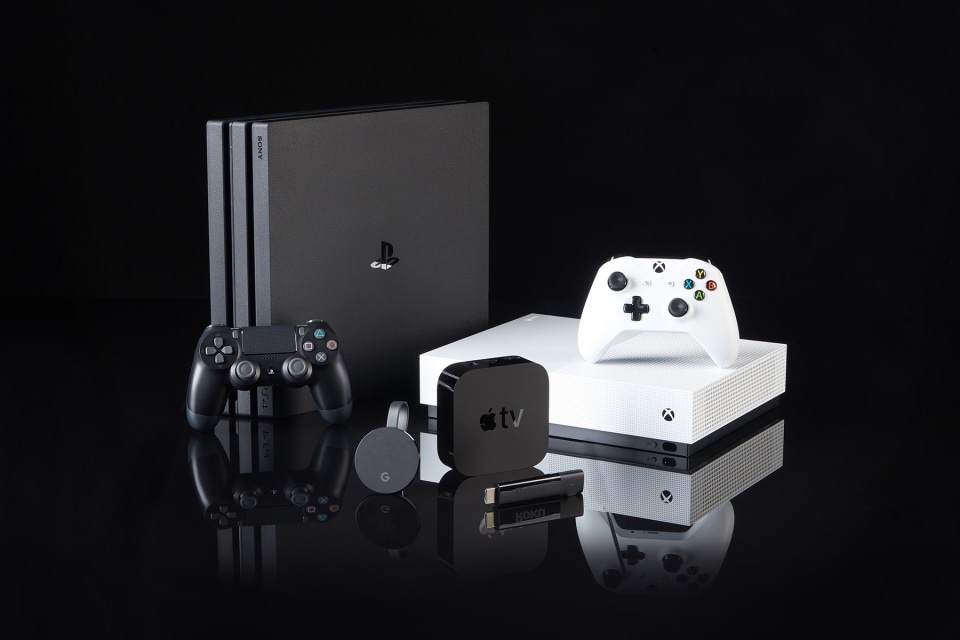 Will Lipman Photography for Engadget Engadget

We're living in an era with an abundance of things to watch on TV. Gone are the days when you had to rely on a cable or satellite box to keep up with your favorite shows, be it live or on-demand. Nowadays, for many people it's all about streaming, and TV networks are embracing the space with apps that showcase the content they have to offer.

The goal is to make it easy for you to watch whatever you want, whether you're on the go or at home, on the couch and in front of a big television. But, in order to enjoy these applications, you're going to need some hardware. That's where streaming boxes, streaming sticks and even gaming consoles come in.

The good news is that, in 2020, you don't have to break the bank to get one of these, though you definitely can if you want something that does more than simply give you access to TV apps. What's more, many streaming boxes, streaming sticks and gaming consoles now support 4K and HDR (high dynamic range), letting you watch series and movies at the highest quality possible.

Below you'll find a breakdown of what we think are the best streaming devices right now, in a range of shapes, sizes and, most importantly, prices.

The Roku Streaming Stick+ puts the power of a set-top box in a tiny, thumb-drive-like device. It has a TV interface just like other set-top boxes, and all you need to do to set it up is plug it into your TV’s HDMI port, connect it to WiFi and start streaming. The entire setup process is done on your TV, and the included Roku remote makes that very easy.

Once you have the Streaming Stick+ up and running, Roku says you can choose what to stream from more than 500,000 movies and TV episodes. That's thanks to Roku's platform having apps (which it calls Channels) for the most popular services out there, including Netflix, Hulu, Amazon Prime Video, Sling TV, HBO Now, Showtime, ESPN, NBC, YouTube TV, Pandora and thousands more. The best part is that, with Streaming Stick+, you can watch movies or shows from Netflix and other Channels in 4K and HDR, which you wouldn't be able to do with Roku's cheaper, non-plus version of stick streaming device.

What's also particularly enjoyable about the Streaming Stick+ is the physical remote, because sometimes using a smartphone to control whatever you watching can make even basic functions like fast-forwarding or rewinding tedious. It has buttons for both of those features, as well as buttons for Netflix and Hulu, which for many people are likely the apps they use the most. It also lets you search for movies or shows using your voice -- just hit the button with a microphone logo and say the name of a title, actor or director to search results from Roku's thousands of streaming Channels.

The Roku Streaming Stick+ is hard to beat at $50, but Amazon has a competing device that’s very similar: the Fire TV Stick 4K. It has all the same basic capabilities of the Streaming Stick+, with a few differences. Amazon’s device, unlike the Streaming Stick+, supports Dolby Vision, runs Fire TV OS (which isn’t necessarily better than Roku OS - just different) and it uses Alexa for voice controls. If you’ve embraced using your voice to control your household gadgets, the $50 Fire TV Stick 4K may be the better option because Alexa’s voice-command library is much larger than Roku’s and the syntax is easy to understand.

Unlike other streaming devices like the Roku Streaming Stick+ and the more expensive Apple TV or PlayStation 4 Pro, Google's $60 Chromecast Ultra doesn't have a TV interface, per se. Instead, you're going to have to download the Google Home app for your iOS or Android smartphone to control what you want to stream to the Chromecast Ultra. The setup is fairly easy: you plug it into an HDMI port on your TV, use the Google Home app to connect it to WiFi and, voila, from there you can start using your mobile device as the Chromecast Ultra remote.

What makes the Chromecast Ultra great is that it's a no-frills streaming option. Once you've gone through the initial setup and you're in the Google Home app, you'll see a list of apps that you can use to stream content to the Chromecast Ultra, ranging from video applications like Netflix, Hulu and HBO Go to audio ones such as Spotify, Pandora and, of course, YouTube Music. Essentially, if there's an app you can watch or listen to stuff to on your iOS and Android phone, then you can also send it to the Chromecast Ultra and enjoy it on your TV.

Not only that, but the Chromecast Ultra works with Mac, Windows and Chromebook computers, where you can stream and mirror content from, as well. Compared to the regular Chromecast, which costs $35, the Ultra offers support for 4K and HDR video, faster loading times and Ethernet -- in case you don't want to rely on WiFi to stream your shows, music or anything else. If you want a simple, easy-to-use streaming experience that can handle 4K and HDR, Google's Chromecast Ultra is perfect at $60.

For those of you who are all in on Apple's ecosystem, there's no better streaming box than the Apple TV 4K. As its name suggests, the latest Apple TV supports 4K and HDR video, including the Dolby Vision standard, as well as the immersive sounds from Dolby Atmos. Naturally, similar to the Chromecast Ultra and Streaming Stick+, the Apple TV 4K works with the most popular streaming services, such as Netflix, Hulu, Amazon Video, HBO Go, Showtime, ESPN, Sling TV and thousands of others. And if you're an Apple Music or iTunes user, you get the added benefit of having those apps and your entire library of movies, shows and tunes from those right on the Apple TV 4K. You can also stream content directly to it from your iPhone, iPad or Mac, using Apple's AirPlay feature.

While the Apple TV does come with a physical remote, you can just use the Apple TV Remote app on your iOS device to control whatever you're watching or listening to on the set-top box. On either one, you can use Apple's voice assistant Siri to search for movies, TV series or music by simple saying an actor or artist's name, or you can use the microphone to dictate your email or password when having to log into a service. Speaking of, what makes the Apple TV 4K so easy to use is Apple's single sign-on feature, which uses information from your cable provider to log you into all compatible video apps, like ESPN, MTV, Comedy Central and more.

Apple also recently introduced Channels, a feature that lets you use your Apple ID to subscribe to streaming services from networks like HBO, Showtime, Cinemax and CBS directly from the Apple TV. These Channels are an a la carte option for people who don't have a pay-TV provider, or who want content from select networks, and they can all be synced with other Apple devices via the company's TV app.

At $180 for the 32GB model (or $200 for 64GB), the Apple TV is definitely on the high-end side of streaming devices. But, if you already have an iPhone, iPad and/or Mac computer, you're going to find trouble finding a better streaming set-top box for you. And as a bonus, if you buy one right now, Apple is throwing in a free year to its upcoming streaming service Apple TV+.

In case you want a lot more than what the Chromecast Ultra or Streaming Stick+ can give you, then look no further than the latest gaming consoles. And with Sony's PlayStation 4 Pro, not only will you get access to apps from Netflix, Amazon Video, HBO, Hulu and all the other big streaming apps, but you'll get them in 4K and HDR, too -- assuming they support it and you're subscribed to the right plan, of course. Sony also has its own PlayStation Store, which lets you purchase new (and old) movies and TV shows right on your console. In case it wasn't clear the first time, what's better about the PS4 Pro compared to the regular PS4 is that you can watch content in 4K.

Now, although you can play games on streaming devices like the Apple TV 4K, the best of the best will be on the PlayStation 4 Pro in ultra high-definition. It helps Sony that many of the top-rated games of the past years, like Marvel's Spider-Man, are available exclusively on PS4, and look especially good on the Pro console. The PS4 Pro may not be designed as a streaming set-top box first and foremost, but it works great as one. And let's not forget you also have access to PlayStation Now, if you're willing to pay the $20 per month for Sony's game-subscription service.

Sure, you're going to have to shell out $399 for the PlayStation 4 Pro, which is more than the Apple TV 4K, Chromecast Ultra and Roku Streaming Stick+ put together. But where else are you gonna be able to watch a Netflix show or movie in 4K and then, on the same device, start playing God of War right away after you get tired of watching TV?

There may not be a device that celebrates the golden era of streaming more than Microsoft's Xbox One S All-Digital Edition. It's a gaming console that doesn't take any discs, a move by the company that shows where it believes the future of home entertainment is headed. Like Sony's PlayStation 4 Pro, the All-Digital Edition of the Xbox One S has apps for Netflix, Hulu, HBO Go, Sling TV, ESPN and the rest of the usual streaming suspects. And it, too, supports 4K and HDR video. It goes further, however, with support for HDR standards like Dolby Vision, and sound formats like DTS:X and Dolby Atmos.

But there is one major difference between the PS4 Pro and the Xbox One S All-Digital Edition, aside from the disc-less aspect of it: Microsoft's console doesn't do 4K games, which makes it way cheaper. It's also not much more than an Apple TV 4K, either, and with the All-Digital One S you're getting a lot more flexibility. Naturally, Microsoft has its own digital store too, where you can buy or rent movies and shows to stream from the Xbox One S All-Digital Edition -- in addition to the content you can get from apps such as Netflix.

Microsoft's all-digital console is basically an all-in-one-entertainment hub. You can stream movies, TV shows and music, download and play video games and even browse websites with the Internet Explorer app -- all in the same device. The best deal to be had is a bundle which includes the console and three titles: Minecraft, Sea of Thieves and Forza Horizon 3. This is a lot more than just a Netflix-streaming machine.

In this article: apple, av, gadgetry, gadgets, homeentertainment2019, internet, microsoft, playstation 4, playstation 4 pro, roku, sony, thebuyersguide, xbox one s, news, gear
All products recommended by Engadget are selected by our editorial team, independent of our parent company. Some of our stories include affiliate links. If you buy something through one of these links, we may earn an affiliate commission.