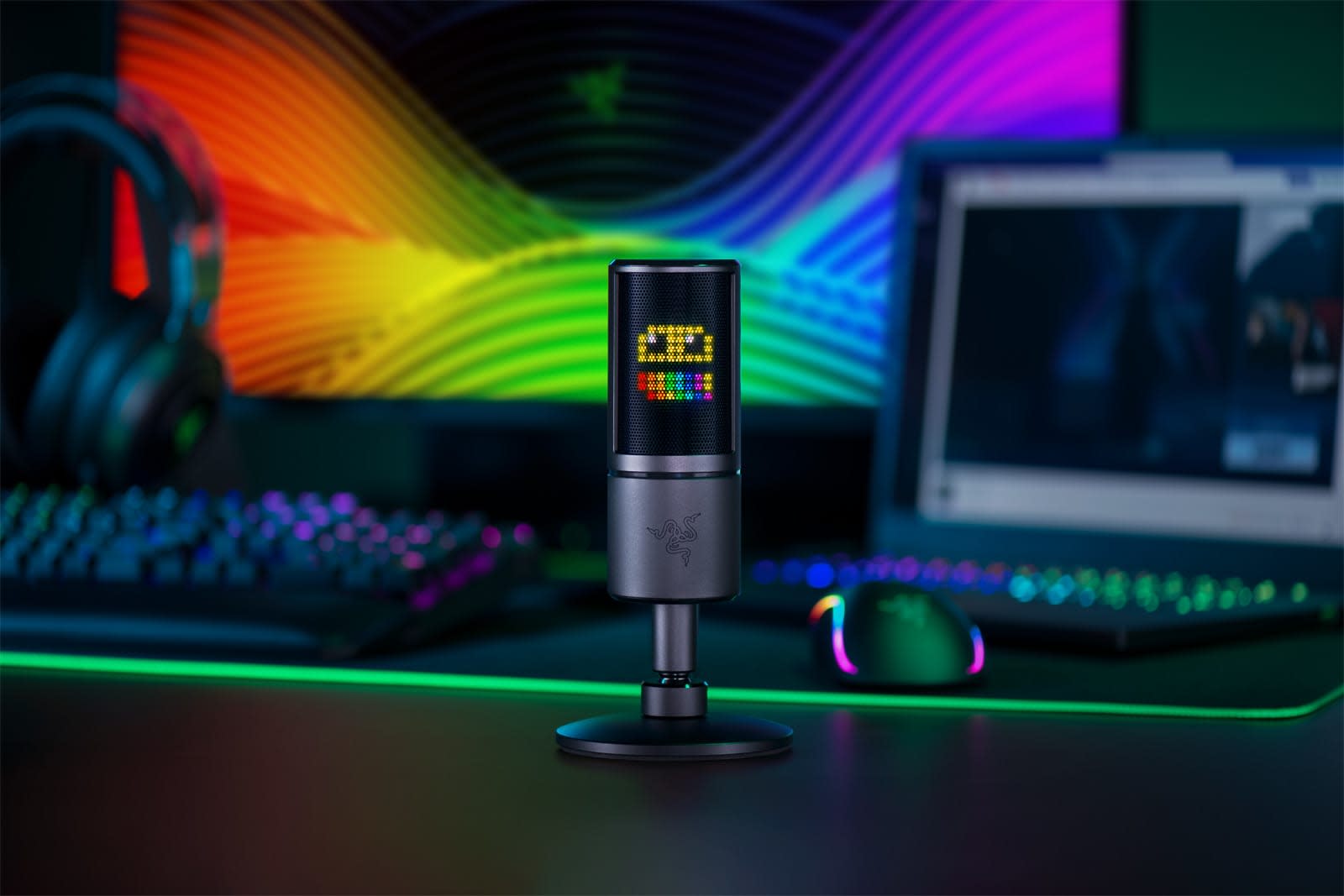 If you're a livestreamer determined to stand out from the pack with flashy effects, Razer has your back. It's introducing a Seiren Emote microphone whose 8x8 LED screen displays (what else?) emotes in sync with Twitch and Mixer stream events, including through common tools like Streamlabs and XSplit. You can display a custom channel emote when someone subscribes, a puking rainbow emote when someone thanks you in chat, or seemingly anything in between. It'll even sync with Chroma-compatible gear, so your mic can go berserk alongside your Hue lights and headphones if you're so inclined.

And yes, Razer paid at least some attention to the actual microphone. It's a hyper-cardioid condenser mic that's purportedly adept at capturing voice while reducing background noise more effectively than a typical cardioid arrangement. A shock mount prevents overenthusiastic mic bumps from startling viewers, and an interchangeable gooseneck can bring the mic closer to your mouth while you're playing.

The Seiren Emote ships in the fourth quarter of the yea for $180 (€190). It's not going to be the most advanced mic you can get, but Razer is clearly banking on the rise of game broadcasting to drive sales. That's not the most ludicrous concept -- when seemingly every other player in online games has a "TTV" (read: Twitch.tv) attached to their alias, you know there's an audience for gear like this.

In this article: audio, av, chroma, emote, gaming, gear, livestreaming, microphone, mixer, peripherals, personal computing, personalcomputing, razer, seiren emote, streaming, twitch
All products recommended by Engadget are selected by our editorial team, independent of our parent company. Some of our stories include affiliate links. If you buy something through one of these links, we may earn an affiliate commission.