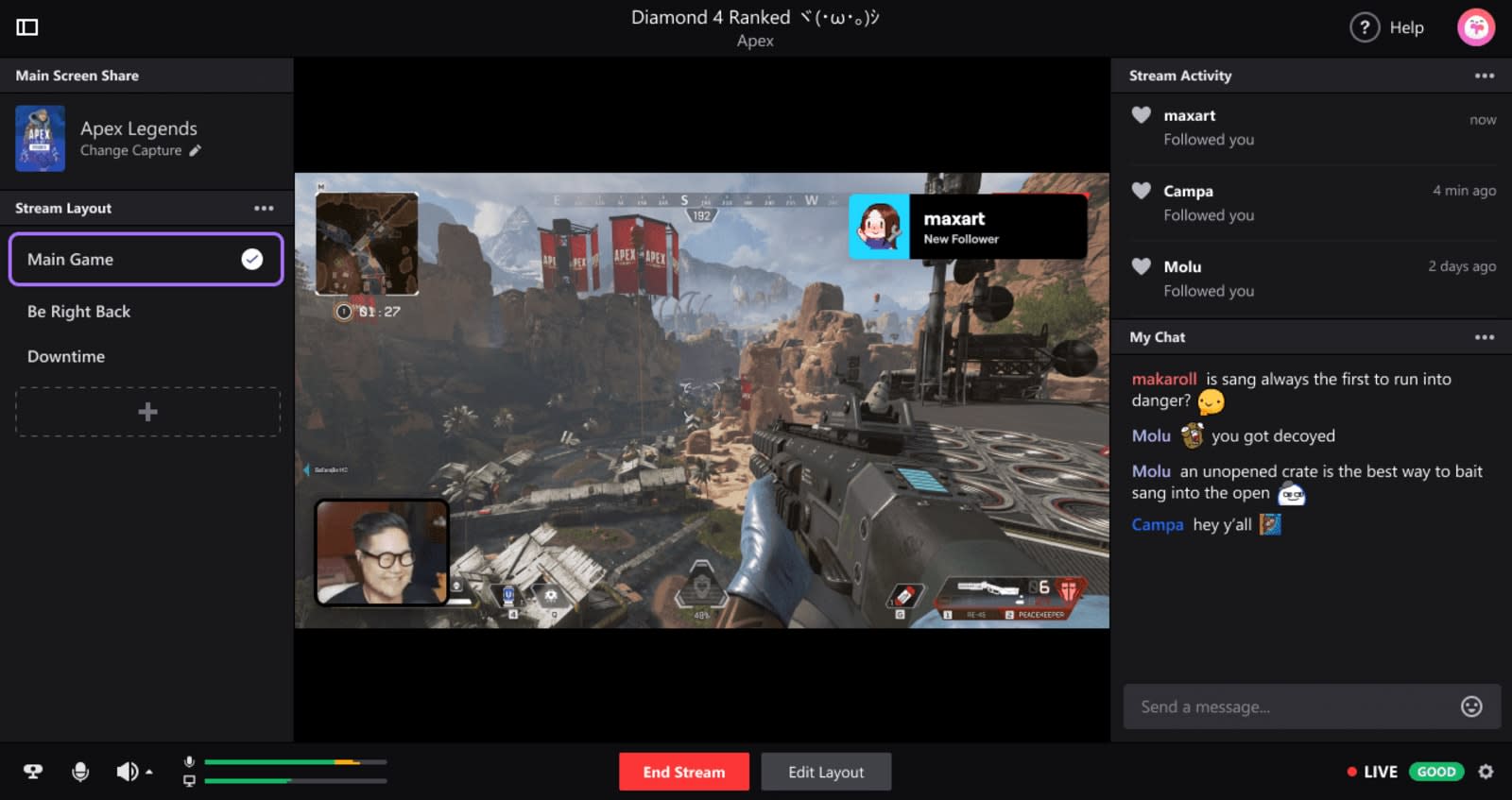 Until now, people who stream their gameplay or lives on Twitch have done so through a PS4, Xbox One, Twitch's mobile app, Twitch Sings or third-party software. As of today, there's another option for those hoping to become the next Ninja, Dr. Disrespect or Pokimane: Twitch Studio.

The service's first full desktop broadcasting app is in closed beta for now, though you can apply to join. Twitch released the tool to make it easier for people to get started with streaming from their PC (doing so on PS4 or Xbox One is pretty straightforward, however). As such, Twitch suggests Studio probably won't be beneficial to established streamers who are happy with their current setups on the likes of OBS, Streamlabs OBS or xSplit, though they're still welcome to test it out.

📢 We want to support new streamers by making it easier to go live on Twitch for the first time.

Since it's focused on streaming newcomers, the Twitch Studio is designed to help folks start broadcasting quickly. With that in mind, it seems you won't need to configure many options before you start showing the world your killer Fortnite plays or auto-chess strats. Once you've set up your microphone and/or webcam and picked out a template for some visual flair for your stream, it seems you'll be able to get up and running quickly.

In the coming months, Twitch plans to add support for capture cards, in-game overlays to help streamers chat with their viewers and deeper integration with other Twitch features. As it stands, Twitch Studio includes an activity feed, alerts and chat to help you engage with your first viewers.

In this article: entertainment, gaming, livestream, livestreaming, obs, services, twitch, twitch studio, twitchstudio, ivestream, ivestreaming
All products recommended by Engadget are selected by our editorial team, independent of our parent company. Some of our stories include affiliate links. If you buy something through one of these links, we may earn an affiliate commission.