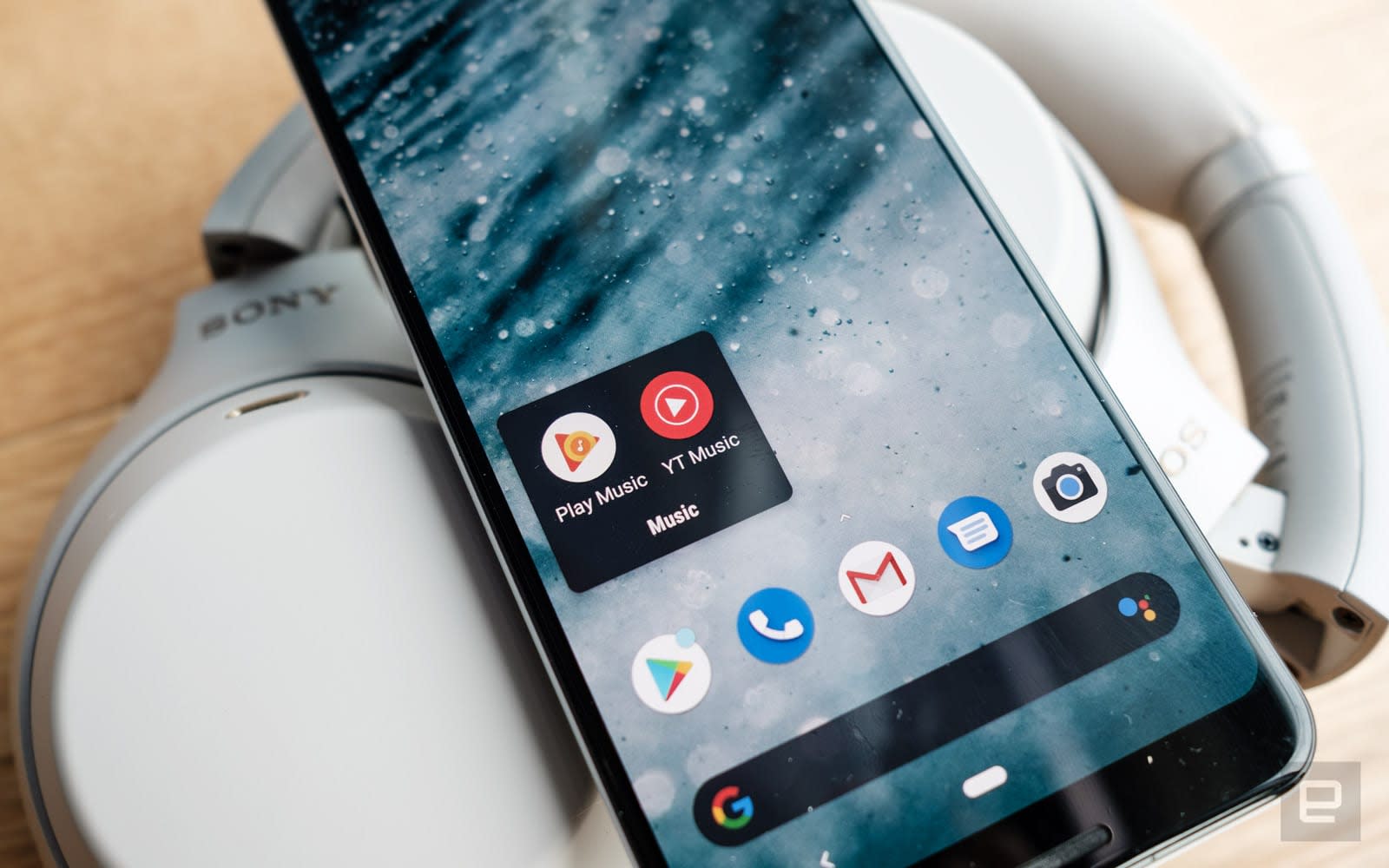 While it was only a matter of time, YouTube Music, instead of Google Play Music, is now Android's official music app. Moving forward, Google says YouTube Music will come pre-installed on all new Android smartphones that ship with Android 10 and Android 9 Pie.

It almost goes without saying, but this is yet another step toward the impending demise of Google Play Music. The writing has been on the wall for a while. In April, for instance, Google shut down the app's Artist Hub, which had allowed independent artists to uploaded their music for streaming on Google Play Music. In the email the company sent to artists, Google said the closure was due to YouTube Music and went on to encourage them to become YouTube Artists.

Still, If you're fond of Google Play Music, it's a tough pill to swallow. While YouTube Music has gotten better in recent months, it's not yet as robust as Google Play Music. For example, it was only earlier this week that Google added a Discover Weekly-like feature to YouTube Music. Like with its messaging apps, it would be nice if Google picked a music app and stuck with it -- and it looks like it's doing so with YouTube Music, at least for now.

In this article: android, android 10, gear, google, google play music, mobile, services, youtube music
All products recommended by Engadget are selected by our editorial team, independent of our parent company. Some of our stories include affiliate links. If you buy something through one of these links, we may earn an affiliate commission.