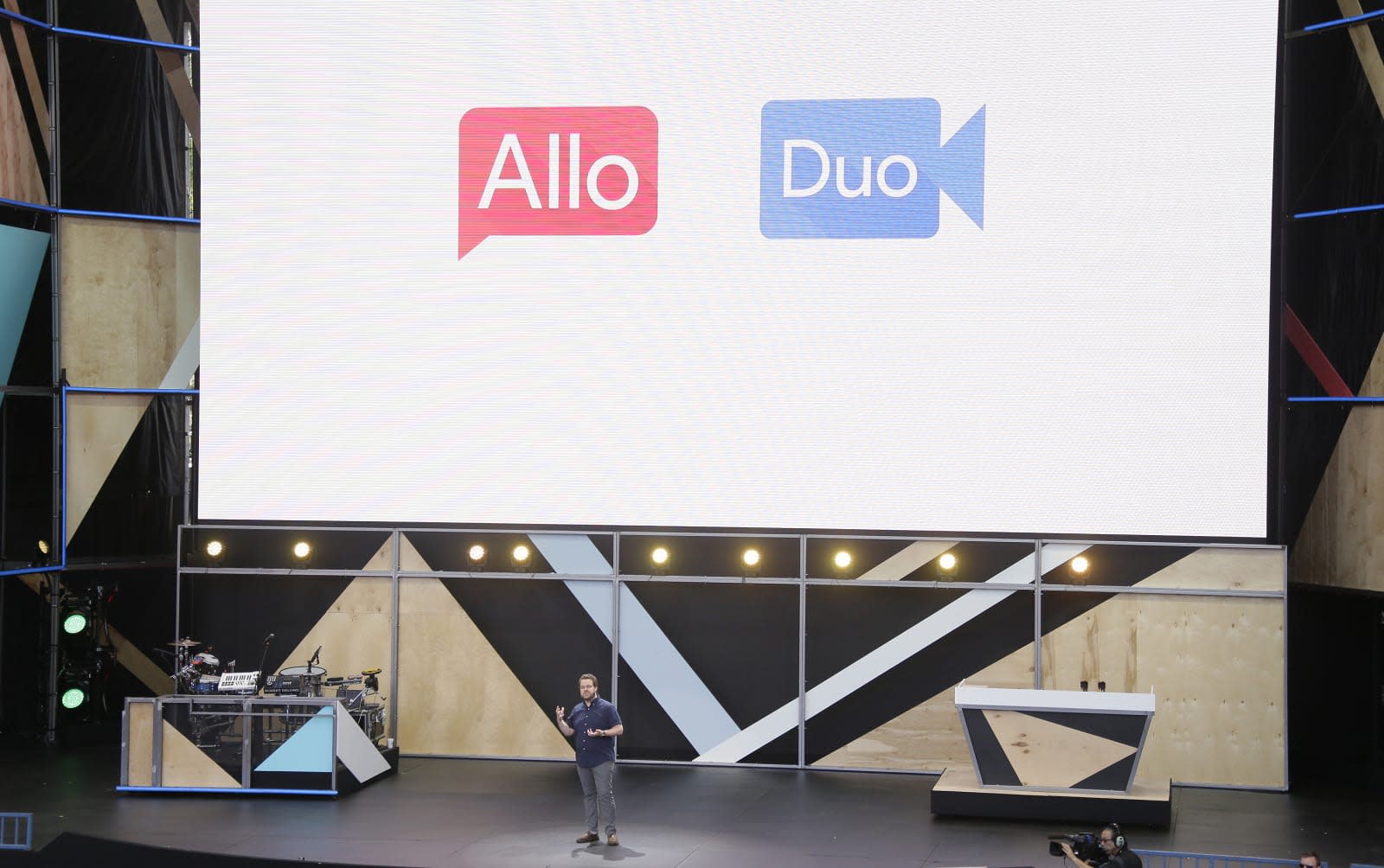 Google announced last year that it's shutting down Allo, its smart messaging app, in March 2019. Apparently, the time is now. A banner across Allo's official website clearly states that the app is saying goodbye on March 12th, and you'll have to export your chats if you don't want them to vanish into the ether. Allo's Help page says you can download your conversations and all the photos, videos and files in them by going into Chat under Settings. All your messages will be saved as a CSV file, while your media will be downloaded as a zip package.

Google originally launched Allo with a video chat service, Duo, back in 2016. Duo caught on and gained a userbase big enough to sustain it, but Allo never quite became a hit with the masses. As a result, the tech giant decided to kill Allo and give some of its features, such as Smart Reply and GIFs, to its RCS-enabled Messages app. Meanwhile, Duo will continue to live on and even launched audio and video calls for the web in February.

In this article: allo, app, gear, google, internet, messaging app, mobile
All products recommended by Engadget are selected by our editorial team, independent of our parent company. Some of our stories include affiliate links. If you buy something through one of these links, we may earn an affiliate commission.