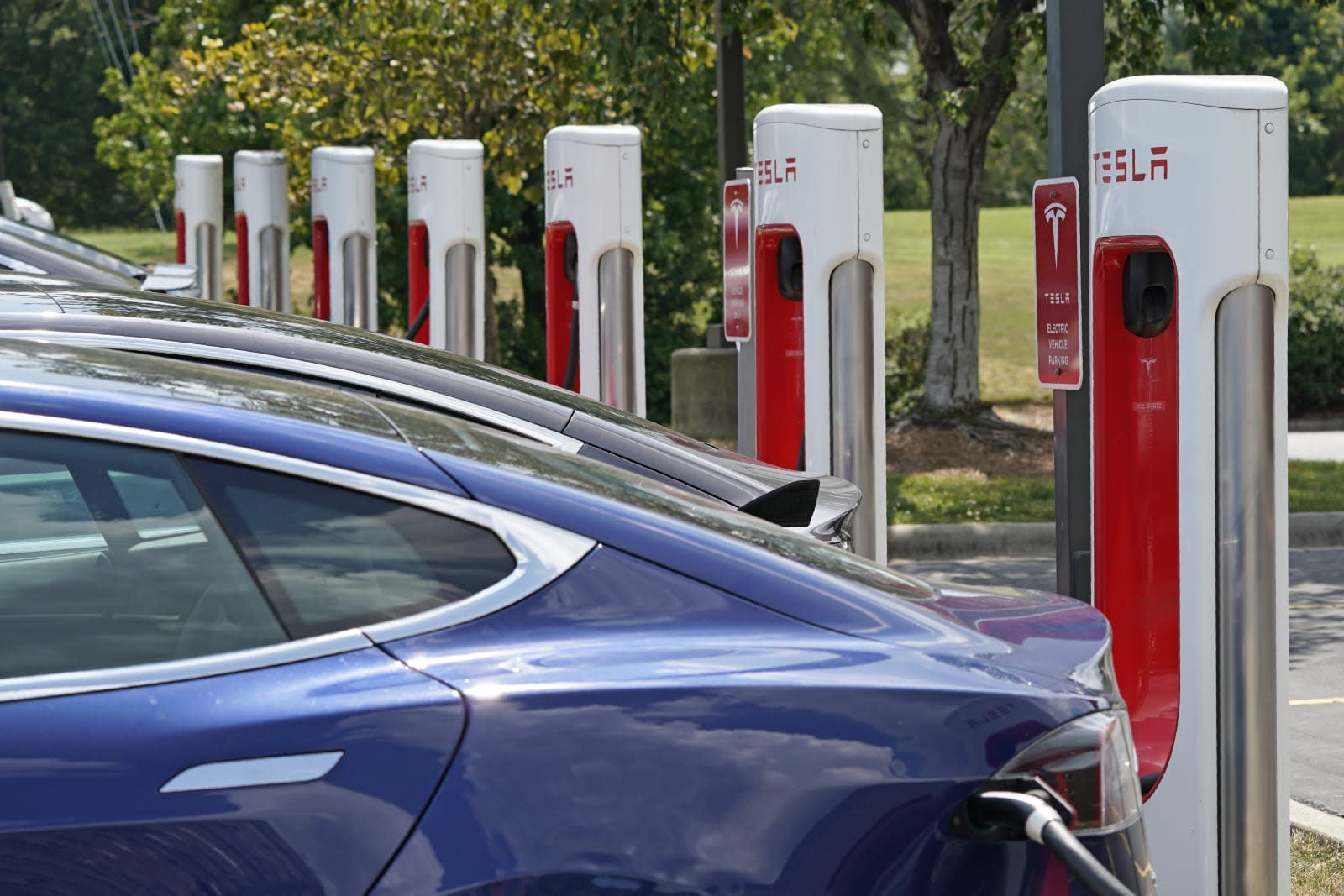 If you want to top up your Tesla using an extra-speedy V3 Supercharger, your best bet may be to embark on a Canadian road trip. Tesla told The Verge that 26 of the 46 Supercharger stations under construction along the Trans-Canada Highway (a set of routes running the East-West length of the country) will be V3 models. That's the first large-scale deployment of the faster chargers -- there are only a handful of them in the US, including one in Las Vegas.

This is an unusual focus for Tesla when it tends to serve the US first, but it makes sense given the realities of Canadian driving. It's a more sparsely populated country with longer stretches between cities than you see stateside. Electric car drivers not only face a dearth of chargers for cross-Canada trips, they may have to spend hours of extra time waiting to recharge. The V3 stations could both provide vital coverage for long trips and ensure that Tesla drivers less time parked.

The timing of the news is convenient. VW's Electrify Canada (a sibling to Electrify America) just opened its first fast EV charging station as part of a plan to install 32 sites in the four most populous provinces (Ontario, Quebec, Alberta and British Columbia). Tesla is effectively one-upping its rival by not only outlining a larger network, but promising that most of those stations will recharge at a breakneck pace. Not that this is much help for Americans Tesla owners. For once, they'll have to be more patient than their northern brethren.

In this article: canada, electric car, electric vehicle, ev, gear, green, supercharger, tesla, thebuyersguide, transportation, v3 supercharger
All products recommended by Engadget are selected by our editorial team, independent of our parent company. Some of our stories include affiliate links. If you buy something through one of these links, we may earn an affiliate commission.