Keep your personal files locked away in a virtual vault.

Earlier this year, Microsoft announced it would beef up security for its OneDrive file hosting service by offering a private files section secured by variety of authentication methods. At the time the feature was only available to users in Canada, Australia and New Zealand, but now it's rolling out worldwide.

All OneDrive users now have access to the Personal Vault, a protected area for storing private files such as digital copies of passports or insurance information. To access files saved in the vault requires an additional step of verification using a fingerprint, facial recognition, PIN or code sent by email or SMS. 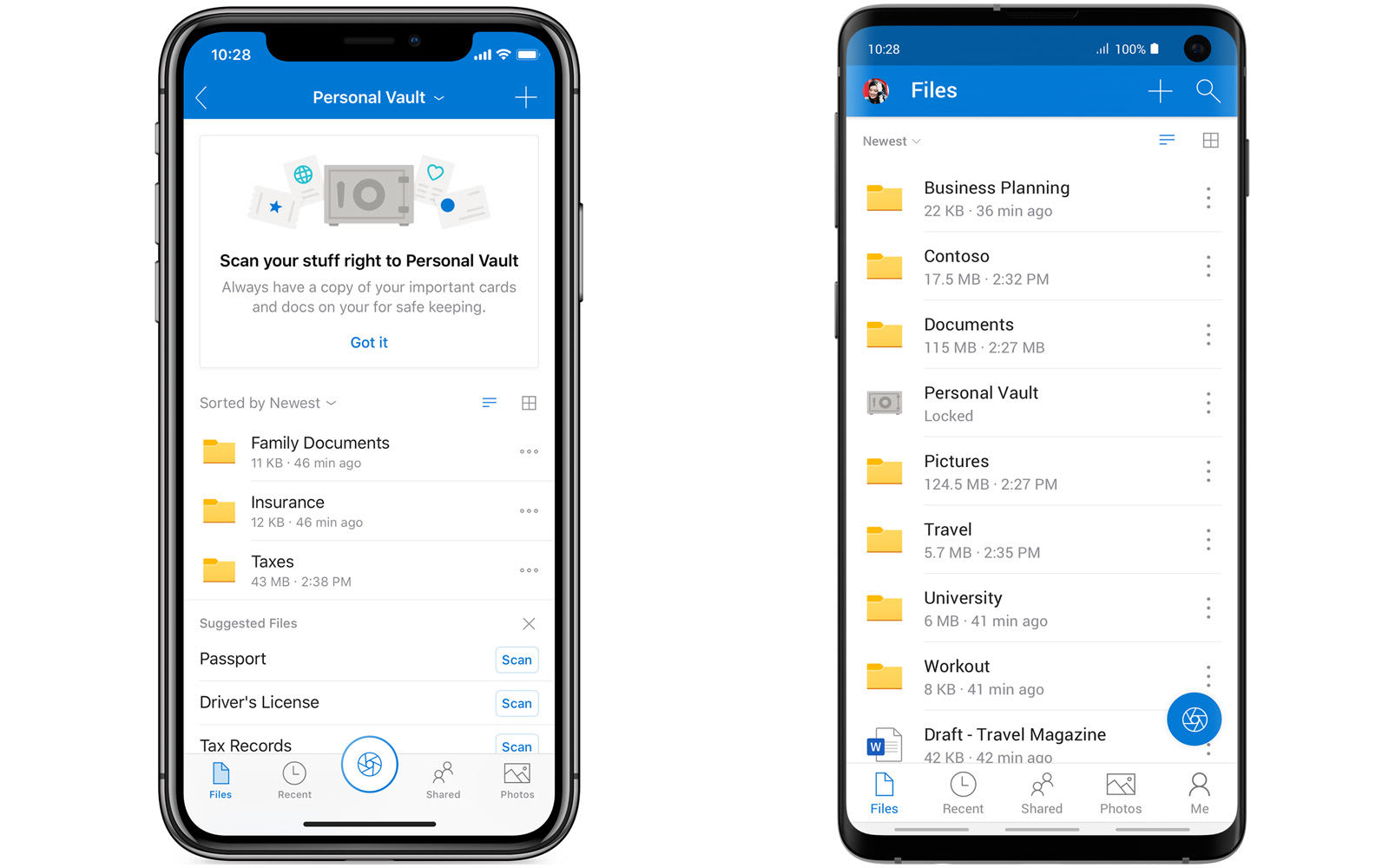 Users can scan documents directly into the vault by snapping a photo, bypassing less secure areas of their phone such as the camera roll. When users navigate away from their vault, it will automatically lock until they re-verify their identity, and when vault files are synced to Windows they will be saved in a BitLocker-encrypted portion of the hard drive. There are also restrictions to prevent files from the vault from being shared.

To access the Personal Vault, open the OneDrive app and tap on the bank vault icon. Users on the free or 100 GB OneDrive plans can store up to three files in their vaults, while Office 365 Personal and Office 365 Home users can store as many files in the vault as they want.