True wireless earbuds are one of the hottest consumer electronics categories right now, what with big companies like Apple, Amazon and Microsoft all jumping in on the wireless earbud trend. That hasn't stopped smaller startups from coming up with their own spin on it however. Orfeo Soundworks, a Korean company that's been making audio hardware since 2015, is planning on its own version called Accudio. But unlike other earbuds that focus more on listening to music, these have another focus: clearer phone calls.

Accudio is not quite available for the public yet -- it'll be on Indiegogo starting next month -- but Orfeo did show off a demo of it at this week's TechCrunch Disrupt event. Design-wise, they remind me a little of Amazon's Echo Buds, except these come in both black and white. They come with interchangeable rubberized tips, and they look and feel pretty comfortable. The charging case design looks pretty sleek and compact as well.

The primary attraction of the Accudio lies in its "Inner-Mic technology", where a microphone is placed inside the earbud itself. According to a spokesperson, the microphone is able to pick up the vibrations of your voice through the Eustachian tube, rather than from your mouth. That, coupled with an "echo-removal algorithm", will apparently lead to less ambient noise for the caller on the other end. 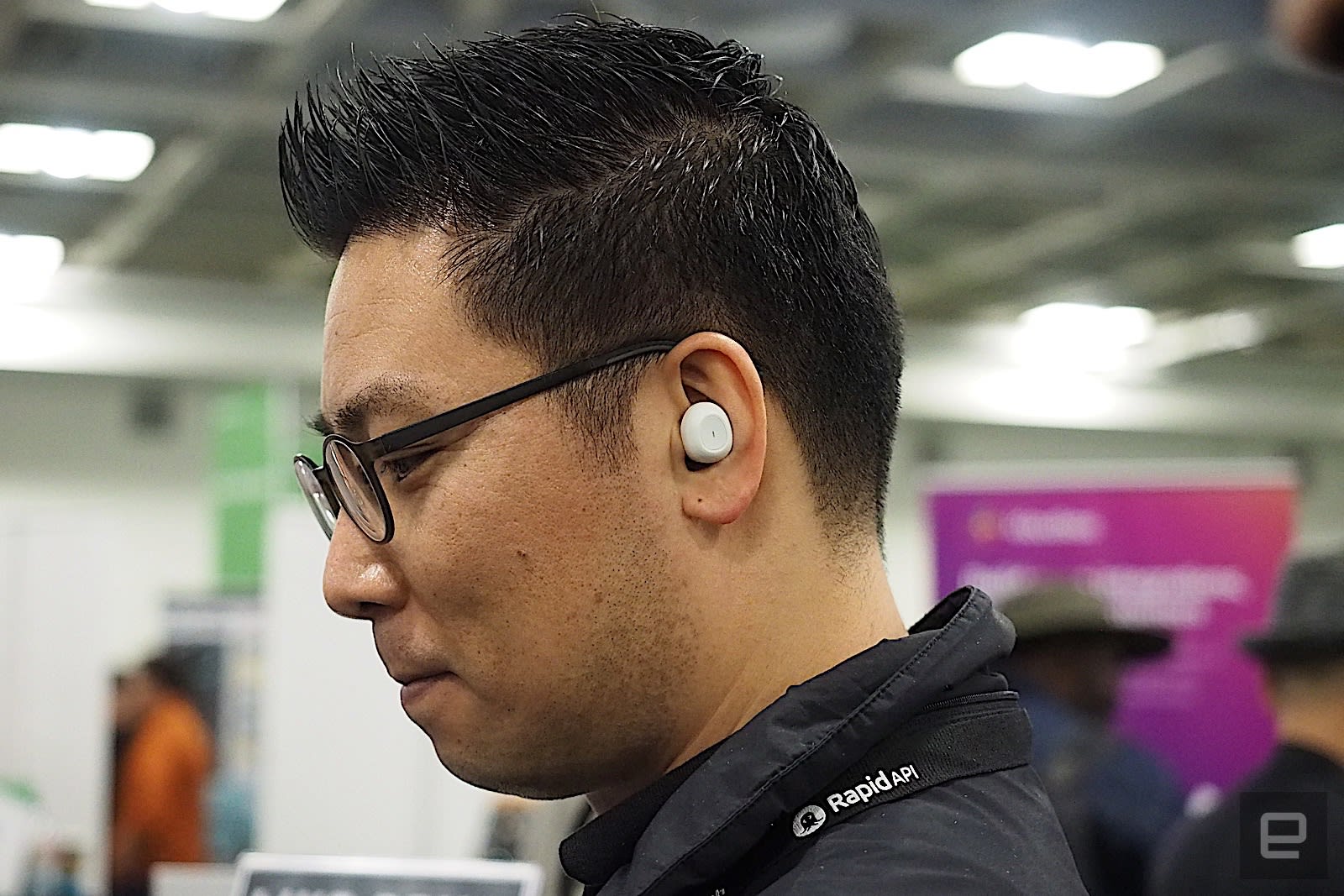 I tried this out in the crowded expo hall at Moscone North. An Orfeo spokesperson spoke to me on the phone, while she was wearing the earbuds several feet away. I was surprised by how loud and clear she sounded, almost as if she was in a quiet room. Another spokesperson joked that you could theoretically be in the club and pretend that you're in the library to someone who was calling. That seems a little far-fetched and obviously it's hard to really test that out in the short time I had with it. But I was still pretty impressed by how much it was able to cancel out the ambient noise.

The Accudio has other features too, such as integration with your phone's voice assistant, translation support for more than 60 languages and automatic noise-blocking, though I wasn't able to test out all of these features at the show. According to an Orfeo spokesperson, the retail pricing for Accudio will be less than $100, while early bird pricing for its Indiegogo campaign will be close to $60. She also said that it'll be at CES next January as well, so hopefully we get to try it out a little more then.