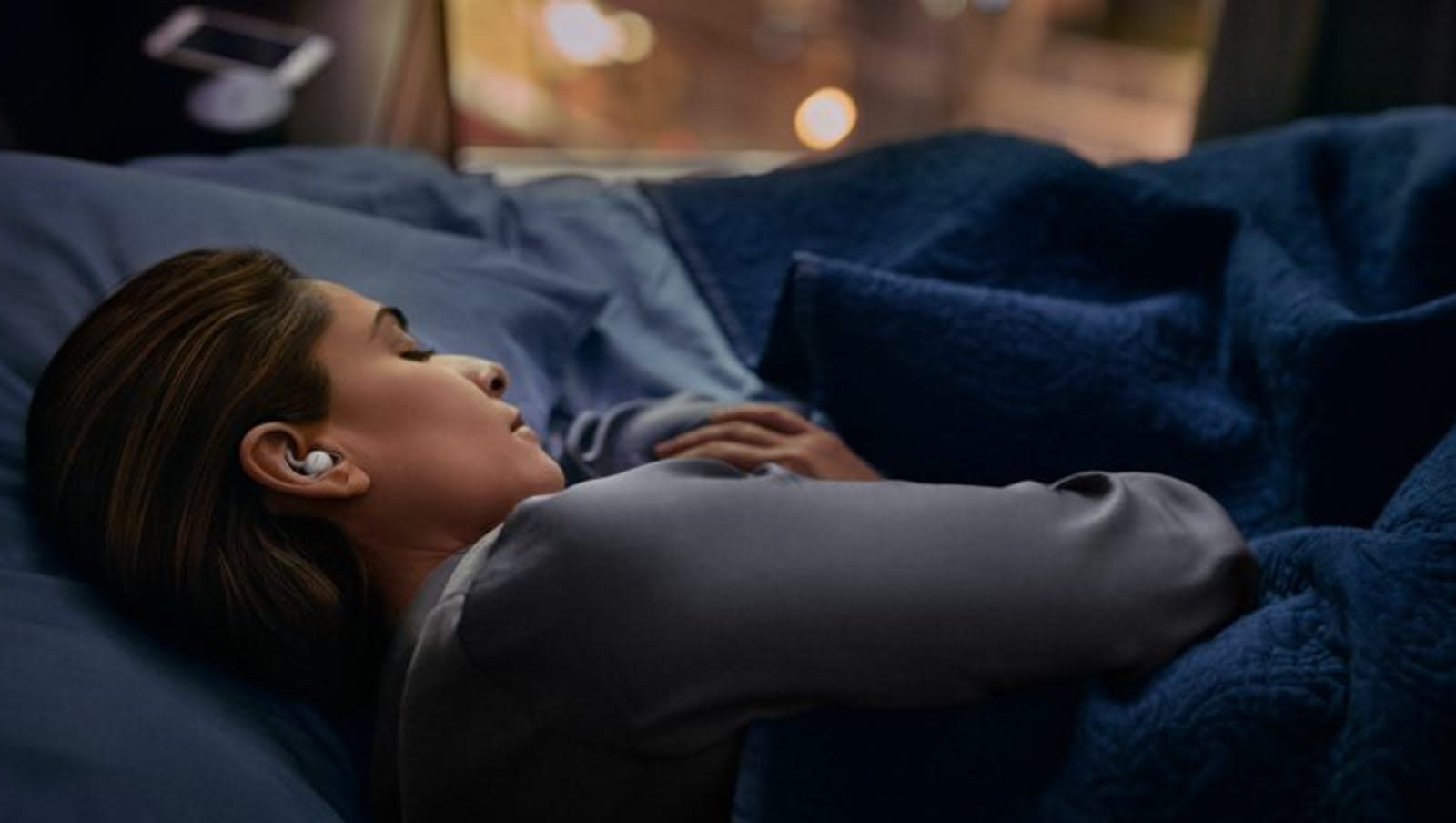 Bose is discontinuing the Sleepbuds it designed to mask noise and help people get a better night's rest. In an email to customers, it cites various battery issues as the reason. While Bose is honoring the warranty on the $249 wearables, it's allowing everyone who bought Sleepbuds to return them by the end of the year for a full refund.

The company quickly sold out of a trial batch of Sleepbuds it offered through an Indiegogo crowdfunding campaign in 2017. It formally put the earbuds on sale in the US and Canada in June last year. However, Bose said customers complained their Sleepbuds wouldn't fully charge, power down completely or suffered from both issues.

It expected that software and firmware updates would fix the problems, but the battery struggles persisted. "That led us to look more closely at each piece of hardware," general manager John Roselli wrote. "And we learned that while the battery we chose functions safely, it doesn't work as consistently or predictably as it should to meet our standards."

While it's discontinuing Sleepbuds for now, Bose says it's still committed to making its vision for them a reality. As such, it's going back to the drawing board. There's no timeline as yet on when you can expect to see a new version of the Sleepbuds.

To our noise-masking sleepbuds customers,

In June of 2018, after a successful test with thousands of Indiegogo backers, we launched our noise-masking sleepbuds. Our vision was bold, and we never wavered on what we were trying to accomplish, and why. We wanted to do something for the millions of people who struggled to fall asleep, and stay asleep.

We knew our solution was so technically complex, we'd have to make major investments, source special components, and engineer multiple breakthroughs. We knew we were attempting to do something that had never been done before. But there was no doubt in our minds — it would be worth it. Because we wanted to help you. We still do. We always will. And for many of you, we have. You've told us that sleepbuds™ have allowed you to get your first good night's rest in years, and that you can't imagine ending the day without them.

But some of you have had a far different experience.

You've reported issues with your sleepbuds not charging fully, powering down unexpectedly, or both. And you've let us know. We've heard you. We've read your posts. We've documented your calls. We've torn down returned products you've sent us, and replaced them with new ones, sometimes more than once. We've also relentlessly researched the root cause with a team dedicated to nothing else. Based on what we knew, we believed that software and firmware updates could fix the issues. But the failures have continued, and recently, they've increased. That led us to look more closely at each piece of hardware. And we learned that while the battery we chose functions safely, it doesn't work as consistently or predictably as it should to meet our standards.

For that reason, we're discontinuing sleepbuds. We'll go back to research, because we are committed to making our vision a reality. But today, we begin with something more important – doing whatever it takes to make things right with you.

As always, we will stand behind our products and honor our sleepbuds™ warranty. We're also extending an offer to all our sleepbuds™ customers: You can return your product for a full refund until December 31, 2019. Please visit http://worldwide.bose.com/support/sleepbuds for more information or https://worldwide.bose.com/contact to find contact information for service agents in your region.

Finally, for more than 50 years, we've conducted extensive research to do things that no one ever thought possible. Each time, we did it to make your life better. When we've challenged convention, we haven't always succeeded. Sometimes we've stumbled. Sometimes, despite our diligence, things have gone wrong. And by far, our worst days are when that's impacted you. Nothing else comes close.

We're sorry for disappointing you, and we're sorry for not communicating more clearly along the way. We had good intentions, but unless that makes a difference to you, it's not enough.

We're ready to hear from you.

And we're going to stay right here for as long as you need."

In this article: bose, discontinued, earbuds, gear, sleep, sleepbuds, thebuyersguide, wearables
All products recommended by Engadget are selected by our editorial team, independent of our parent company. Some of our stories include affiliate links. If you buy something through one of these links, we may earn an affiliate commission.