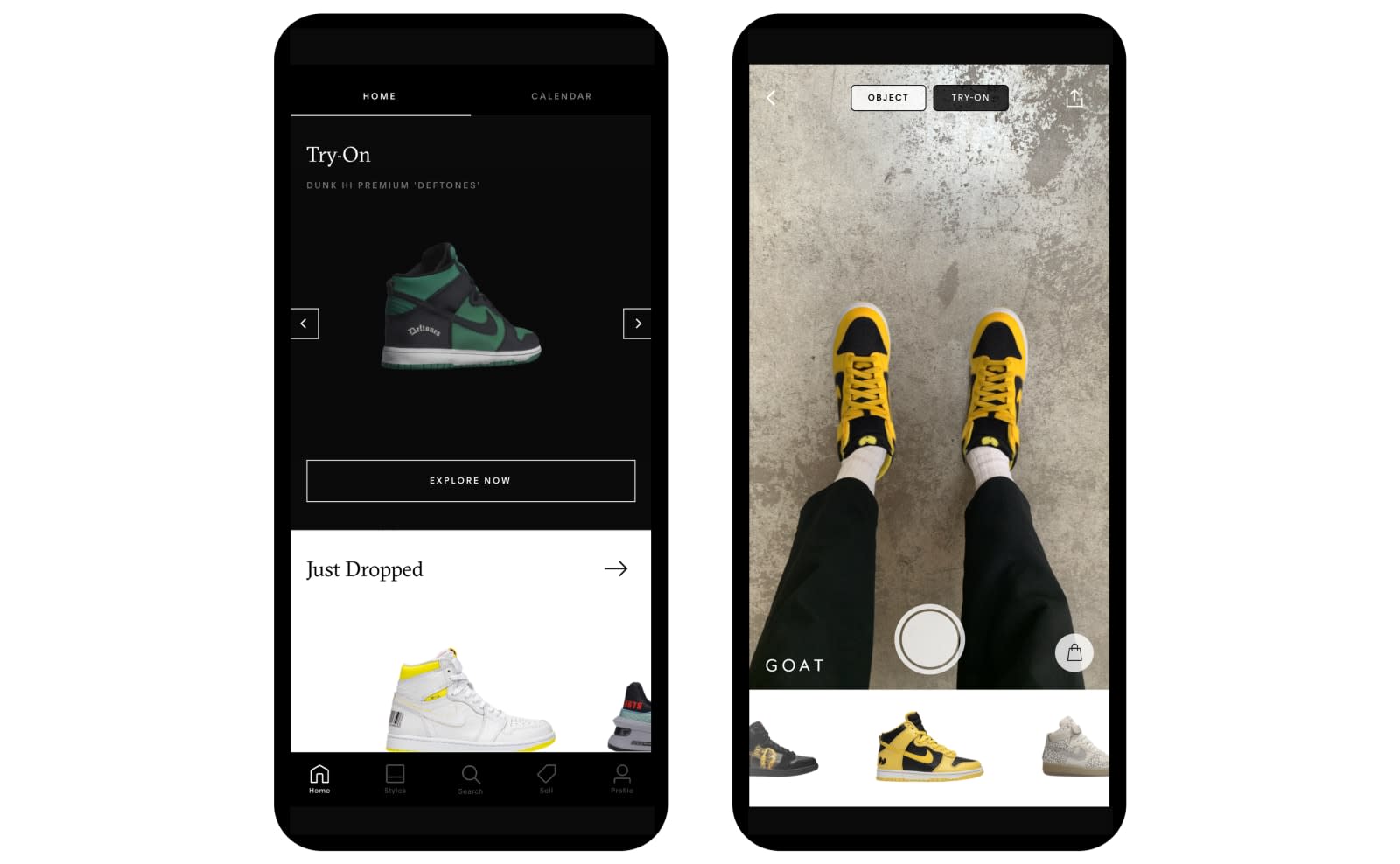 Online sneaker marketplace GOAT is rolling out an augmented reality "Try-On" feature, letting you virtually wear some of the rarest and most expensive kicks in the world, without having to stump up megabucks for the privilege. It's early days for the feature, but it adds to GOAT's roster of existing AR activities, which included unveiling pre-release Travis Scott x Air Jordan 1 Retro High OG's in AR before they officially launched earlier this year. The company's digital ambitions have already attracted a lot of attention from more traditional sneaker retailers -- Foot Locker, for example, invested $100 million in GOAT earlier this year.

In this article: AR, av, business, design, entertainment, feature, GOAT, marketplace, mobile, sneakers, Try-On
All products recommended by Engadget are selected by our editorial team, independent of our parent company. Some of our stories include affiliate links. If you buy something through one of these links, we may earn an affiliate commission.