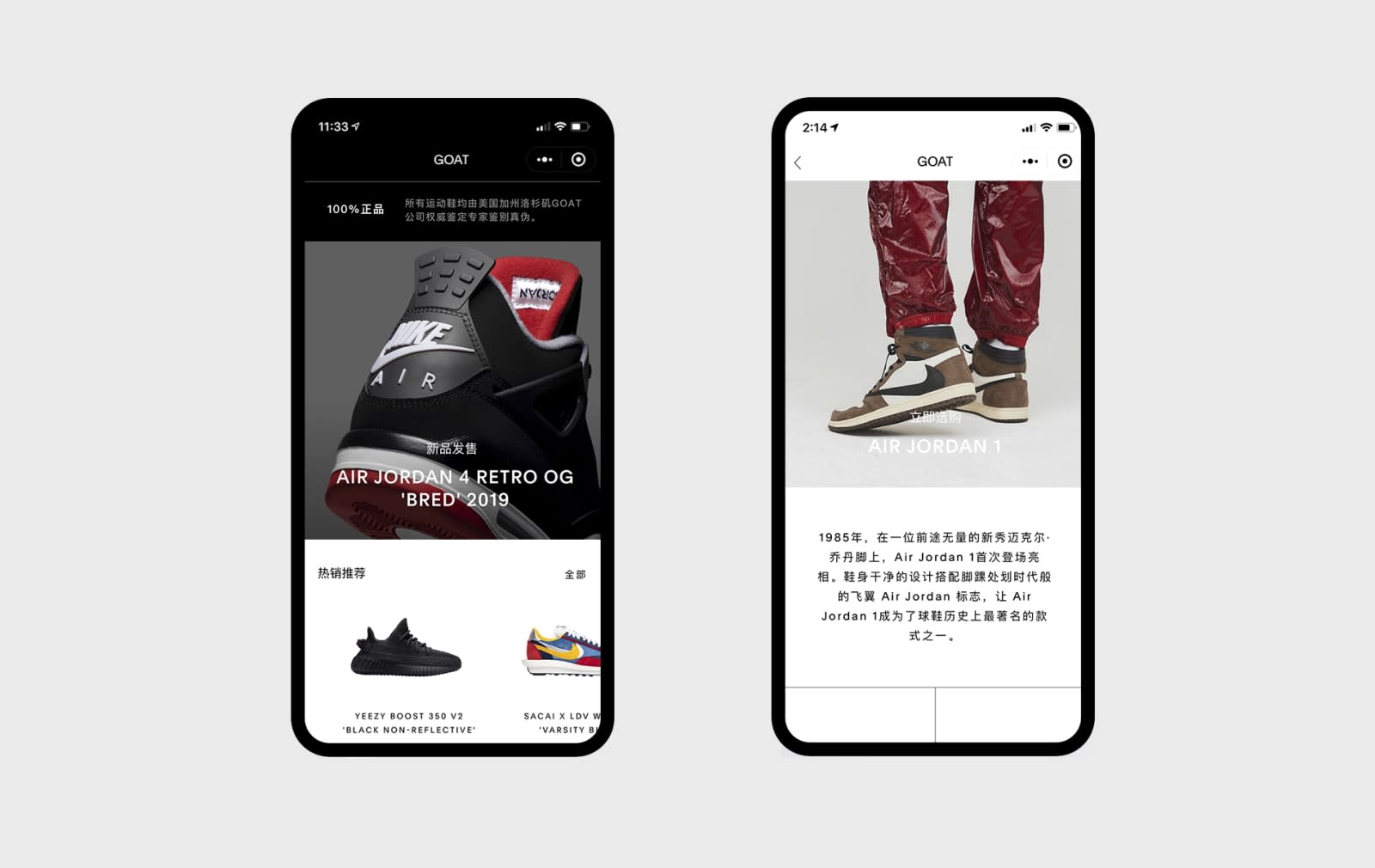 Scoring a pair of limited-edition Vans or Air Jordans just got easier for Chinese consumers. Online sneaker marketplace GOAT announced their official launch in China today with a new localized app just for Chinese consumers, along with a WeChat version tailored for the popular messaging app. In the past, Chinese consumers relied on the US app to buy and sell sneakers. The nation has already grown to become GOAT's second-largest market, just behind the US.

"The sneaker community has grown tremendously in China, especially with the rise of basketball and hip hop culture. So it's no surprise the demand for sneakers has grown as well," said Eddy Lu, co-founder and CEO of GOAT Group, in a press release. Currently, the GOAT group has an office in Shanghai and a facility in Hong Kong.

A GOAT spokesperson told Engadget that in addition to localizing the language through the native app, the company's WeChat experience will target Chinese consumers where they spend most of their time online. Unlike American consumers, Chinese shoppers have grown accustomed to making purchases on apps. WeChat, as the nation's largest social platform with over a billion users, has also become a thriving e-commerce destination. WeChat has allowed brands to create "WeChat mini-experiences", which allow them to design custom interfaces for use inside the app. In addition, GOAT's new Hong Kong base will ensure speedier shipping for Chinese customers.

First launched in 2015, the Culver City-based GOAT began as a platform to connect sneaker buyers and sellers. The marketplace includes thousands of collector-level sneakers, from brands like Yeezy, Nike, Vans, Adidas and more. If a buyer purchases a pair of shoes, sellers must then send them to a GOAT facility where an expert will verify them for authenticity. GOAT then ships the shoes to the buyer. Given the high rate of counterfeiting in the athletic shoe industry, such an arrangement is meant to prevent buyers from getting scammed.

Shanghai will also serve as GOAT's brick-and-mortar base for its operations in Asia. Given the rising demand for luxury sneakers in other Asian countries such as Japan, the US company's expansion seems like a wise move.

In this article: air force ones, business, china, design, gear, goat, mobile, nike, sneakers, yeezy
All products recommended by Engadget are selected by our editorial team, independent of our parent company. Some of our stories include affiliate links. If you buy something through one of these links, we may earn an affiliate commission.