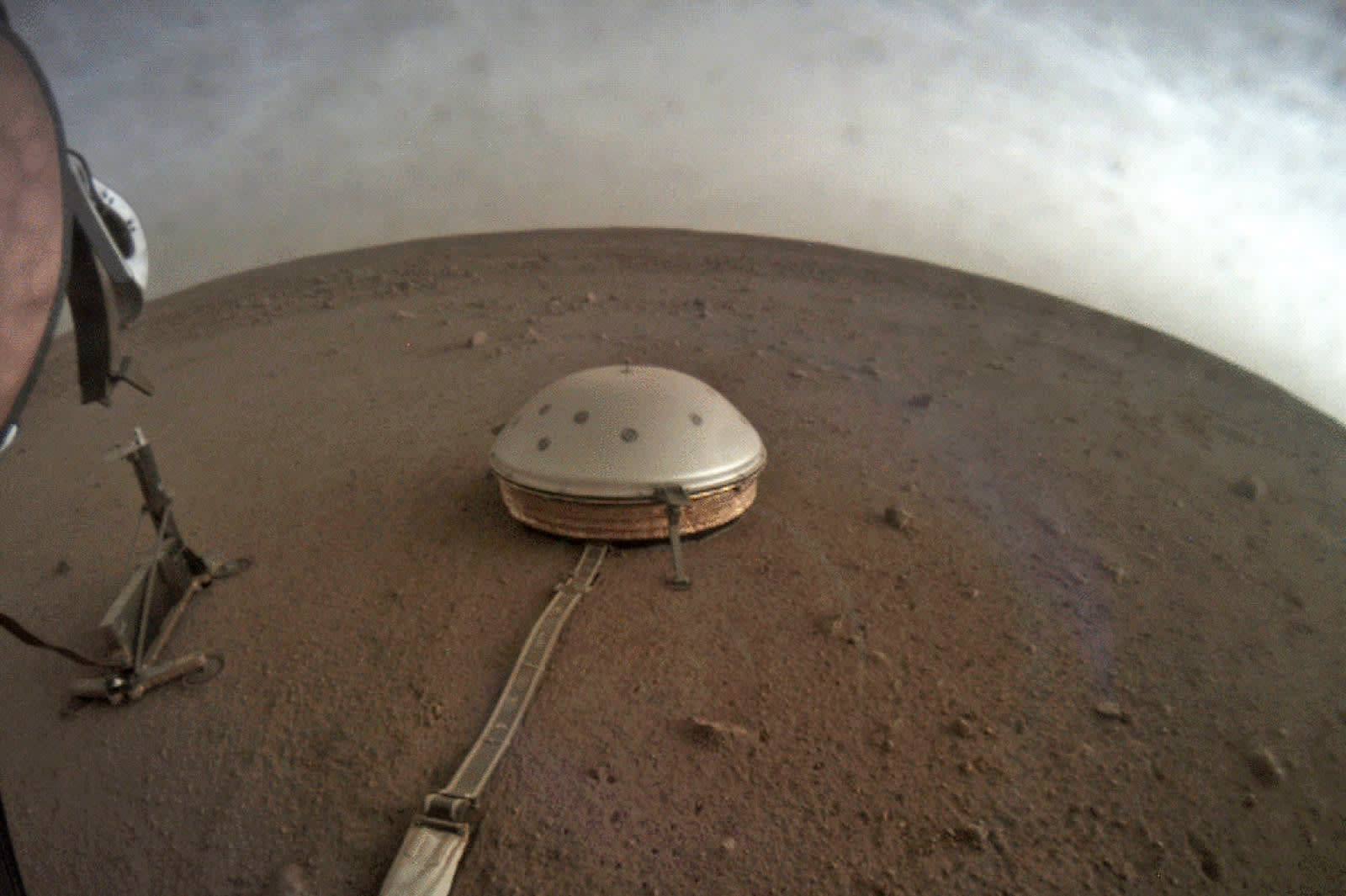 NASA's InSight lander is providing a veritable soundtrack for Mars. The agency has posted a handful of recordings from the SEIS (Seismic Experiment for Interior Structure) that give a feel for Mars' activity. Two of them are "representative" marsquakes, and might be good for testing the bass response of your headphones or speakers -- they're low, steady rumbles. They suggest that Mars' crust is a blend between Earth's and the Moon's, with seismic events lasting longer than on the Earth (about a minute) but much shorter than its lunar neighbor.

There's also an indication of how Mars affects the seismometer itself. A third recording includes the "dinks and donks" from SEIS' parts as they expand and contract in Mars' more dramatic temperature changes. If the earlier clips were for bass heads, this is more for experimental sorts. It's musique concrète from 140 million miles away.

This is partly meant to show off InSight's technology. There's no doubt that it's useful, though. The seismometer is helping to understand Mars beyond the surface. It's also a reminder that planetary exploration isn't just about taking pretty pictures. There's a whole range of sensory experiences, and this could make Mars feel real in a way that mere images can't convey.

In this article: gear, insight, mars, marsquake, quake, science, seis, seismometer, space, tomorrow
All products recommended by Engadget are selected by our editorial team, independent of our parent company. Some of our stories include affiliate links. If you buy something through one of these links, we may earn an affiliate commission.