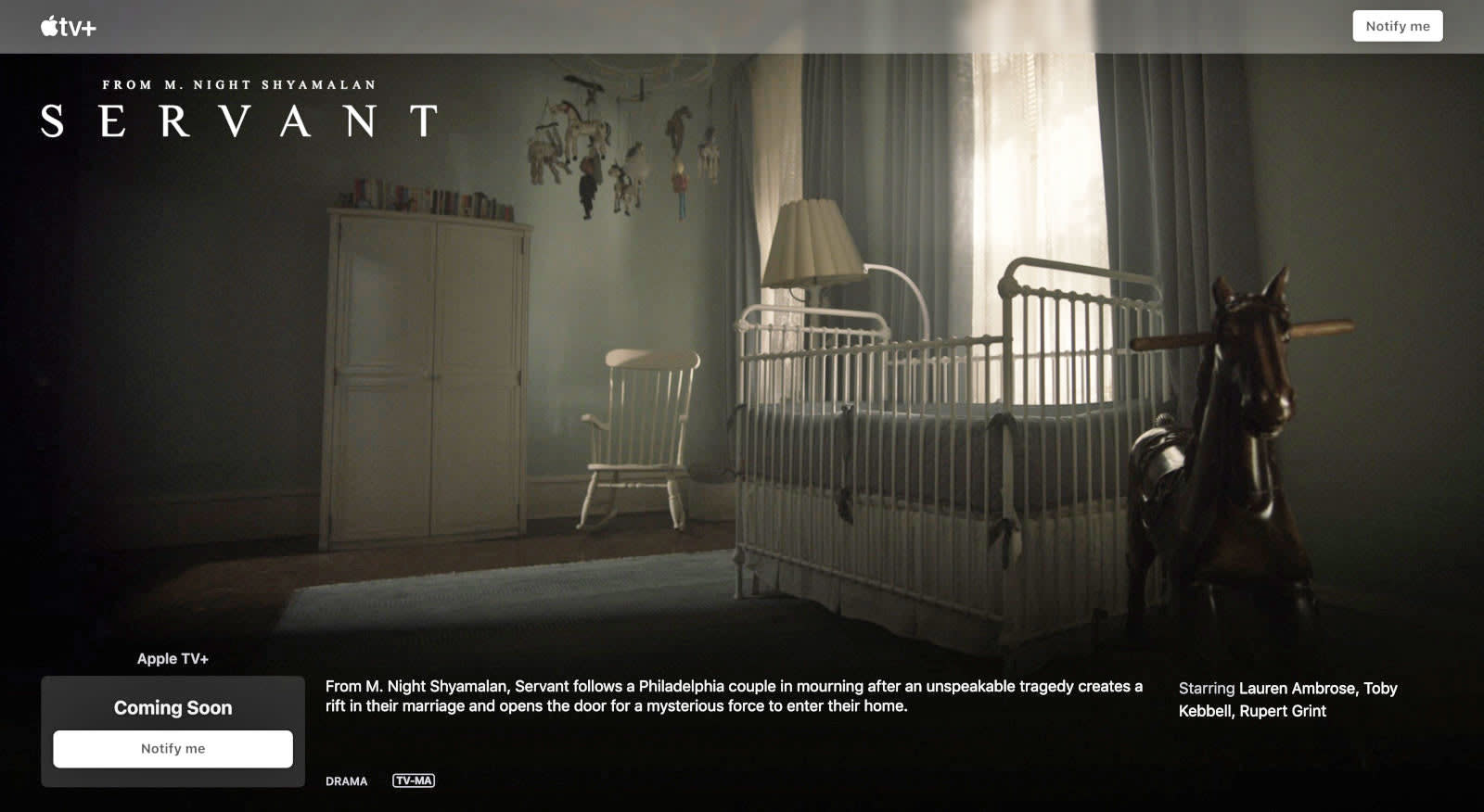 One of the first originals you'll be able to stream on Apple TV+ is M. Night Shyamalan's Servant, a psychological thriller that'll likely feature a few twists and turns in true M. Night fashion. Apple has revealed at New York Comic Con that the series will premiere on November 28th. Its $5-a-month streaming service launches on November 1st, and the company promises to add new originals to it every month.

Servant's story revolves around a Philadelphia couple who brings an unnervingly life-like doll into their home after losing their baby. They even hire a mysterious nanny to look after the doll, and it sounds like she's bringing a whole 'nother level of creepiness to the show -- Shyamalan said a few years from now, "there'll be [attendees dressed up as the nanny] walking around at Comic Con."

When the director's deal with Apple was first announced, reports said the tech giant ordered 10 episodes. If people eat it up, though, the series could be a lot longer. According to Deadline, M. Night envisions a lengthy saga that's spread over 6 seasons with 10 episodes each.

You can watch a short teaser of Servant below.

In this article: apple, apple tv+, entertainment, internet, M. Night Shyamalan, Servant
All products recommended by Engadget are selected by our editorial team, independent of our parent company. Some of our stories include affiliate links. If you buy something through one of these links, we may earn an affiliate commission.