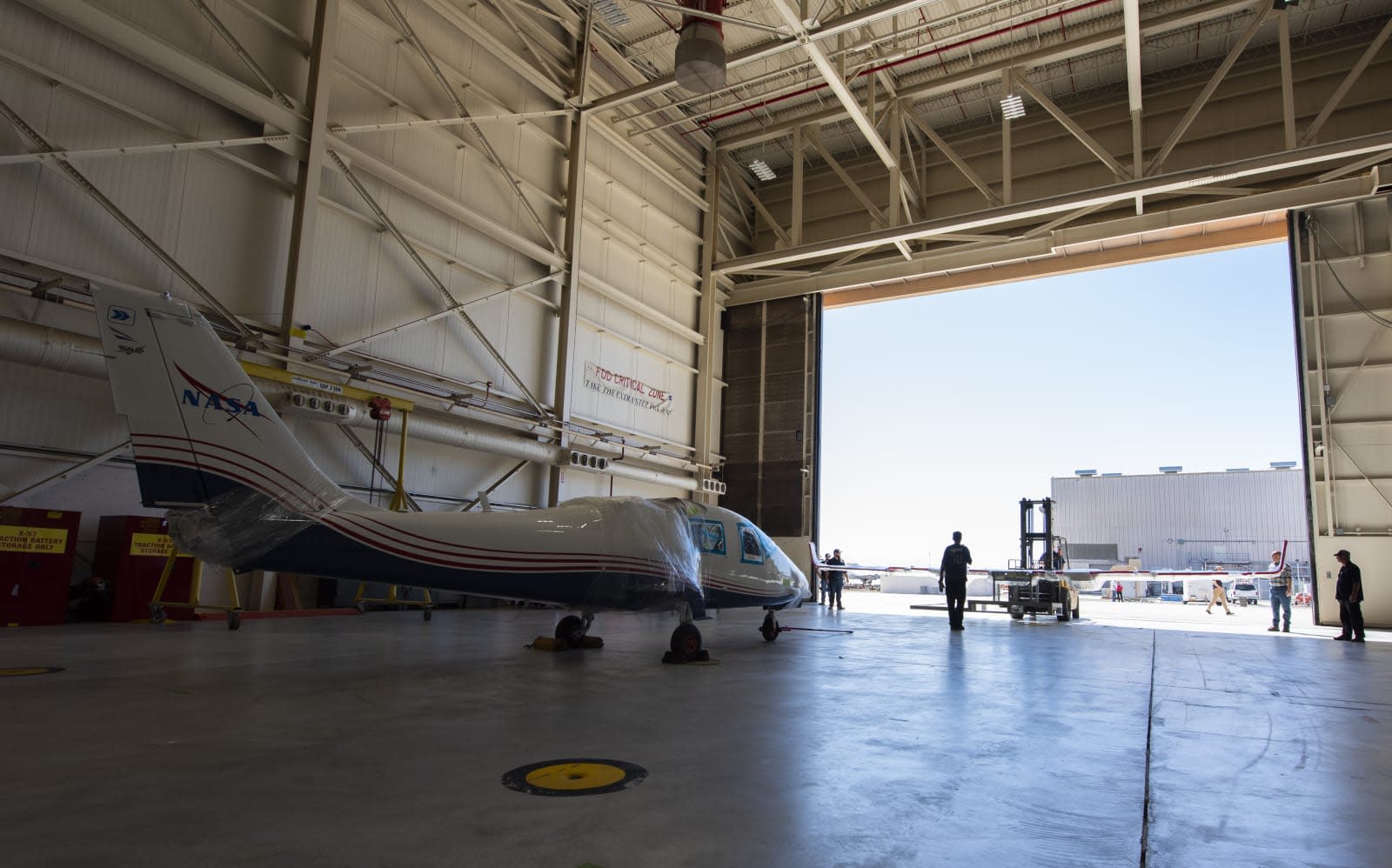 The first all electric X-plane, the X-57 Mod II, has arrived at NASA's Armstrong Flight Research Center in California and is now ready to undergo some rigorous testing. X-planes are the aircraft the agency uses to test and evaluate new technologies -- NASA plans to put this plane's electric propulsion system through testing, with the intention of sharing "valuable lessons learned along the way" in order "to inform the growing electric aircraft market."

NASA will begin by conducting ground tests on the Mod II to prepare for the project's next phases, which will include taxi and, eventually, flight tests. It's not entirely clear when those will take place, but the Mod III and IV configurations of the plane will have wings unlike the current iteration. When a flight test does happen, it will make history as the first crewed X-plane in two decades.

"The X-57 Mod II aircraft delivery to NASA is a significant event, marking the beginning of a new phase in this exciting electric X-plane project. With the aircraft in our possession, the X-57 team will soon conduct extensive ground testing of the integrated electric propulsion system to ensure the aircraft is airworthy. We plan to rapidly share valuable lessons learned along the way as we progress toward flight testing, helping to inform the growing electric aircraft market."

NASA will share anything it learns about the vehicle's electric propulsion system and about the process of achieving airworthiness to industry players and regulators. It ultimately hopes to help develop certification standards for electric aircraft, including urban air mobility vehicles (or what people are calling "flying cars") capable of vertical takeoff and landing.

In this article: all-electric, gear, NASA, tomorrow, transportation, X-57, X-Plane
All products recommended by Engadget are selected by our editorial team, independent of our parent company. Some of our stories include affiliate links. If you buy something through one of these links, we may earn an affiliate commission.