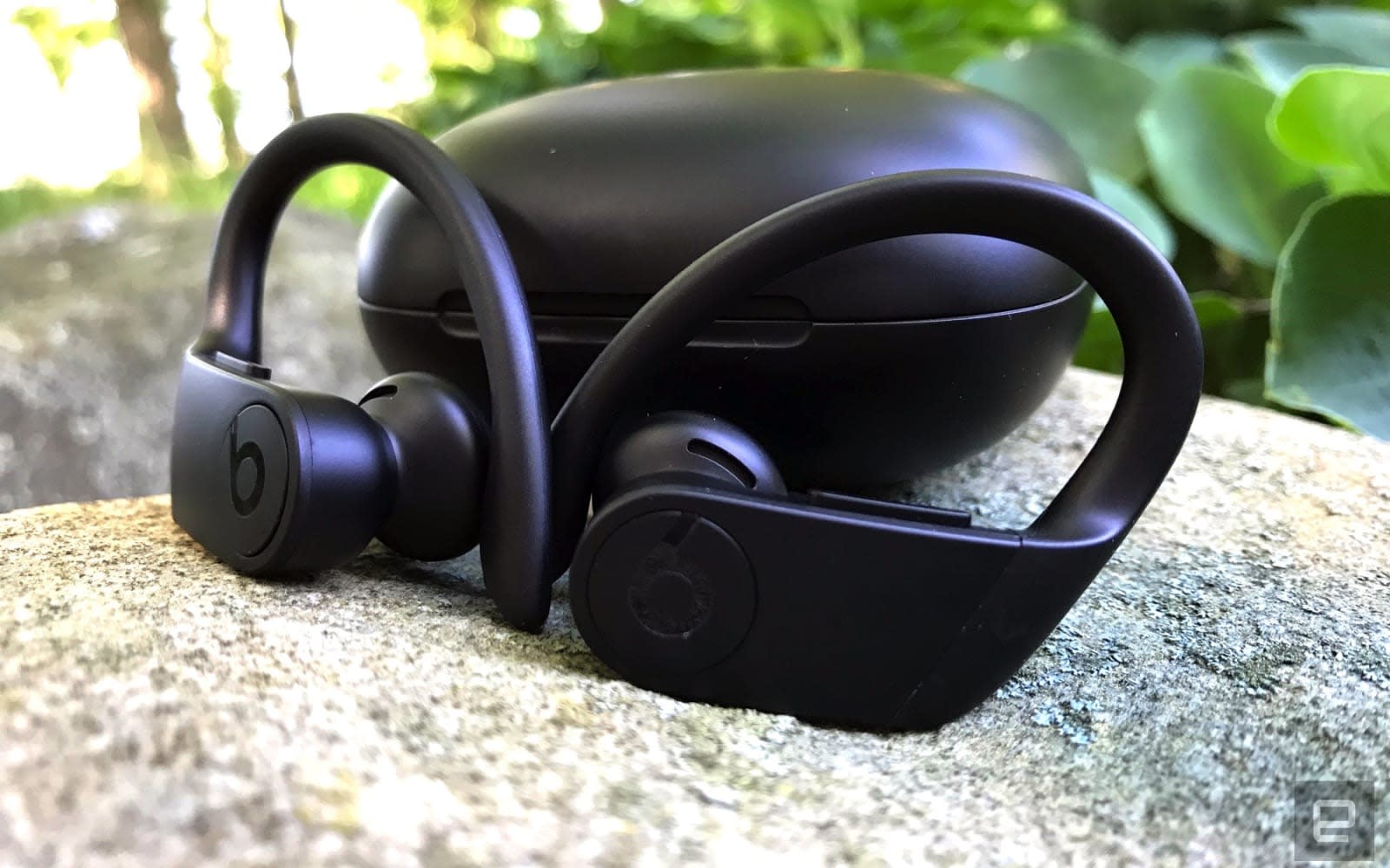 Apple's Powerbeats Pro are one of our favorite true-wireless earbuds, and for a limited time, they're on sale for $50 off ($199). That's a great deal considering that they're the best-sounding Beats headphones yet, and they're near the top end of the true wireless spectrum price-wise.

Great audio quality isn't the only thing these earbuds have going for them. They claim a nine-hour battery life, which is much longer than the competition. They have the H1 chip that we've seen in AirPods, which means they have super fast pairing, and the connection is reliable once it's established. The chip also allows always-on Siri assistance. The earbuds have controls on both sides, and since they're meant to be used at the gym, they're sweat and water resistant.

That said, the Powerbeats Pro won't be for everyone. You'll have to be okay with the over-the-ear hook design, large form and larger charging case. But if you're looking for true wireless with great sound at an affordable price, this deal could be for you. We have seen the Powerbeats Pro priced at $199 before, but the savings doesn't come around too often.

In this article: apple, audio, beats, earbuds, engadgetdeals, gadgetry, gadgets, gear, h1 chip, headphones, powerbeats pro, price drop, sale, thebuyersguide, true wireless, true wireless earbuds, wearables
All products recommended by Engadget are selected by our editorial team, independent of our parent company. Some of our stories include affiliate links. If you buy something through one of these links, we may earn an affiliate commission.