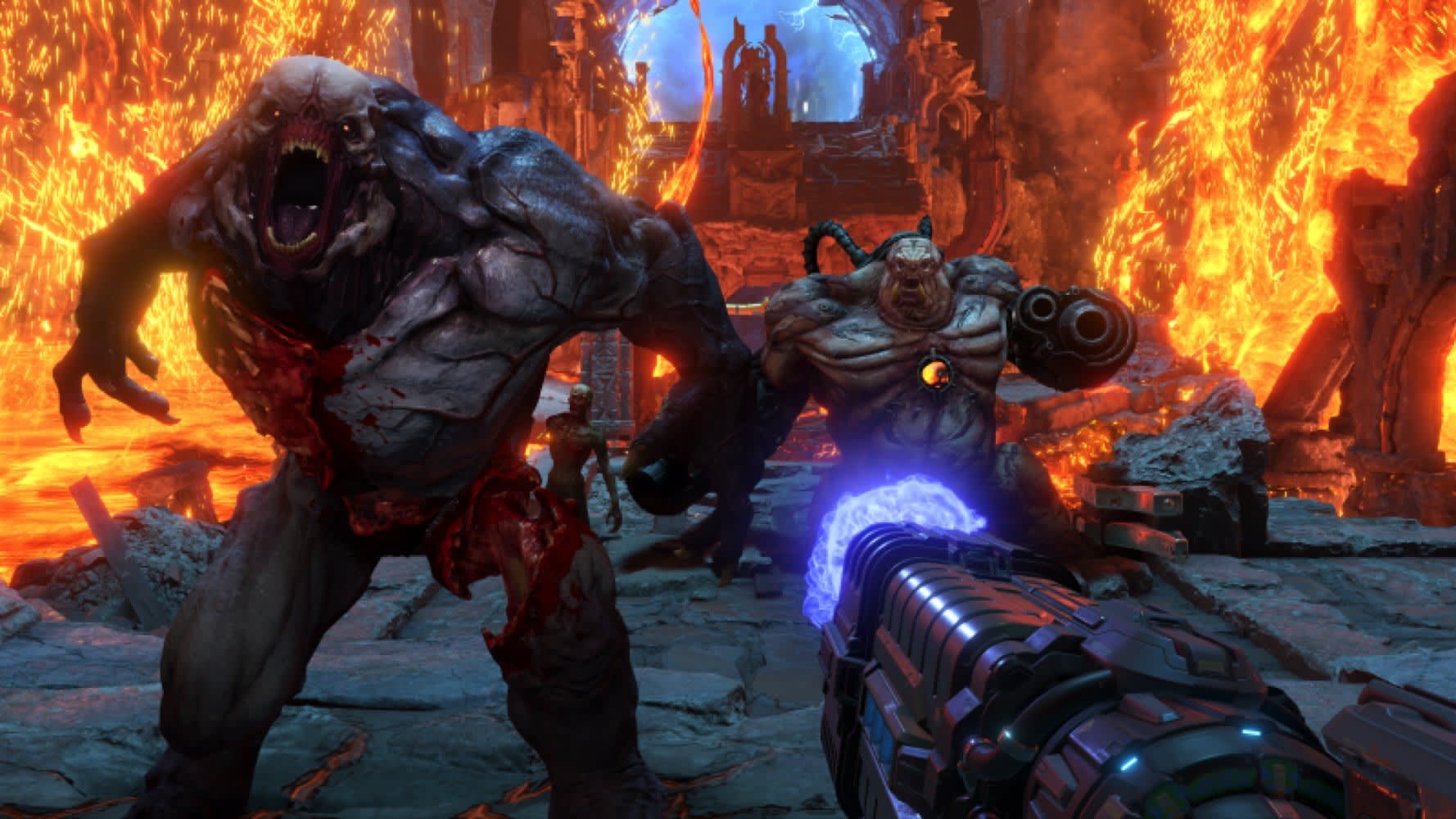 DOOM Eternal's launch was slated for November 22nd -- but to add some polish, publisher Bethesda Softworks is pushing that date back to March 20, 2020. The developer, iD Software, will also add a new feature called Invasion Mode, which will allow players to enter others' campaigns as a playable demon. This new mode will be a free download available shortly after the game arrives.

Unfortunately, Switch owners will have to wait a bit longer than everyone else to play Doom Eternal. Bethesda says that the port will launch after the other versions, and will announce the specific date in the future.

Xbox One, PS4, Switch and PC players who pre-order the game will get a free download of DOOM 64, which will be released on the same day as Eternal. The Nintendo 64 game originally launched in 1997 and was developed by Midway, rather than iD Software. Regardless, it has a cult following. The Switch version of DOOM 64 had a November 22nd release date, but Bethesda says that the game will now launch on March 20, 2020 on all platforms.

DOOM Eternal was likely to be a big hit for the holidays, so delaying the game couldn't have been an easy decision for Bethesda and iD. While many gamers will be disappointed by the news, a late game is better than a crummy game.

In this article: av, bethesda, bethesda softworks, delay, delays, doom 64, doom eternal, gaming, id, id software, microsoft, nintendo, nintendo switch, pc gaming, playstation 4, ps4, sony, xbox one
All products recommended by Engadget are selected by our editorial team, independent of our parent company. Some of our stories include affiliate links. If you buy something through one of these links, we may earn an affiliate commission.