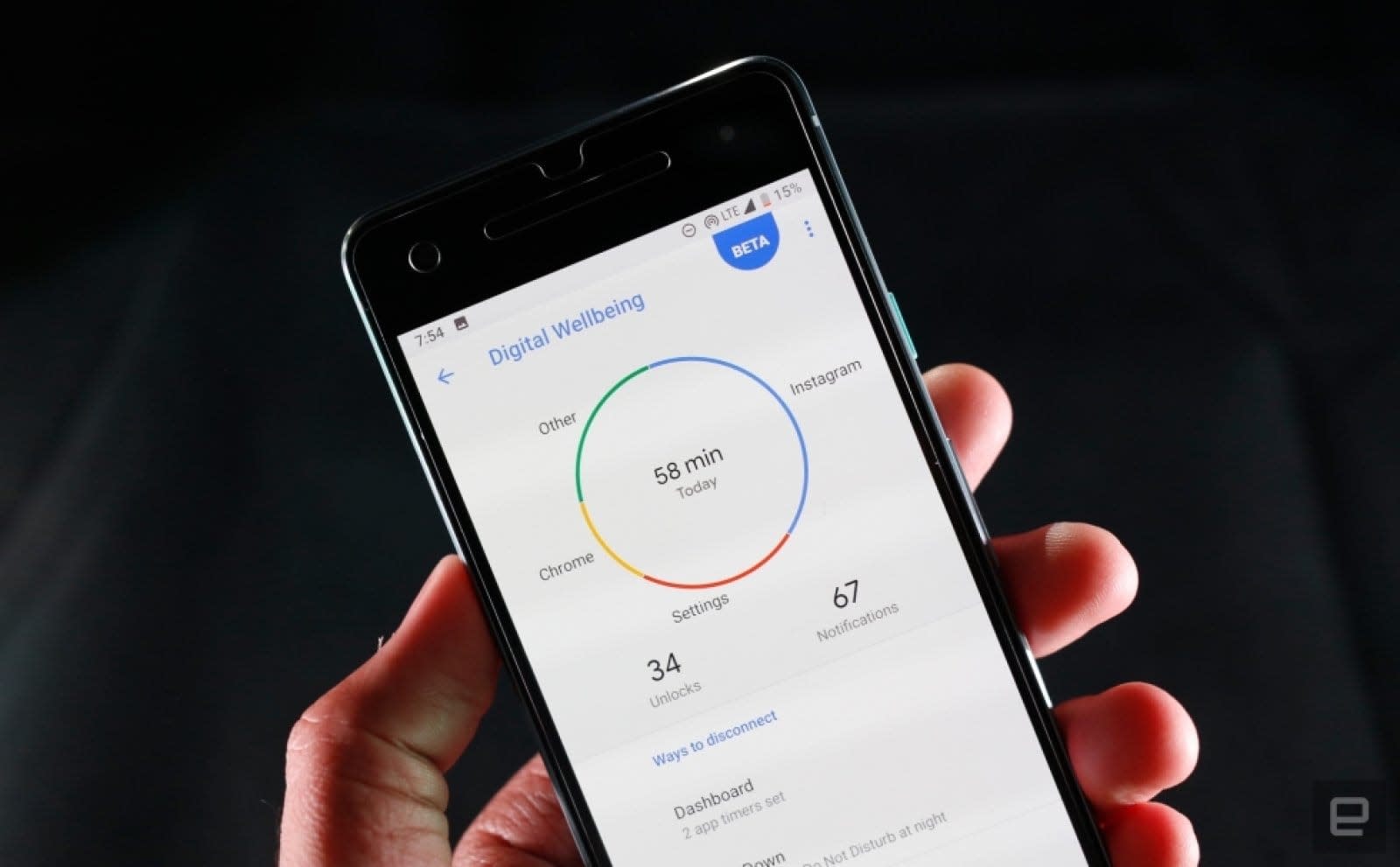 All recent and upcoming Android devices will have digital wellbeing tools. According to Google's GMS agreement seen by XDA Developers and 9to5Google, the tech giant now requires devices that run its platform to have a digital wellbeing solution, including parental controls. The rule covers products that launched with Android 9 Pie or Android 10, and those that upgraded or will upgrade to either OS, after September 3rd.

In the screenshot XDA Developers posted, Google said manufacturers can fulfill the requirement simply by loading their devices with the tech giant's Digital Wellbeing application. However, they can also use their own custom solutions, so long as they can match the Google-made app's features. 9to5Google says custom versions must have a dashboard that shows the total screen time, number of device unlocks and number of notifications received -- in other words, something that's pretty much a replica of Google's. They must also have a way to set app usage limits and to schedule Do Not Disturb, among other features.

This move could bring Google's Digital Wellbeing app to most Android devices after a limited rollout late last year. It used to be exclusively available to Android One and Pixel phone users until Google made it accessible to more models, starting with the Moto G7 lineup.

In this article: digital wellbeing, gear, google, mobile
All products recommended by Engadget are selected by our editorial team, independent of our parent company. Some of our stories include affiliate links. If you buy something through one of these links, we may earn an affiliate commission.