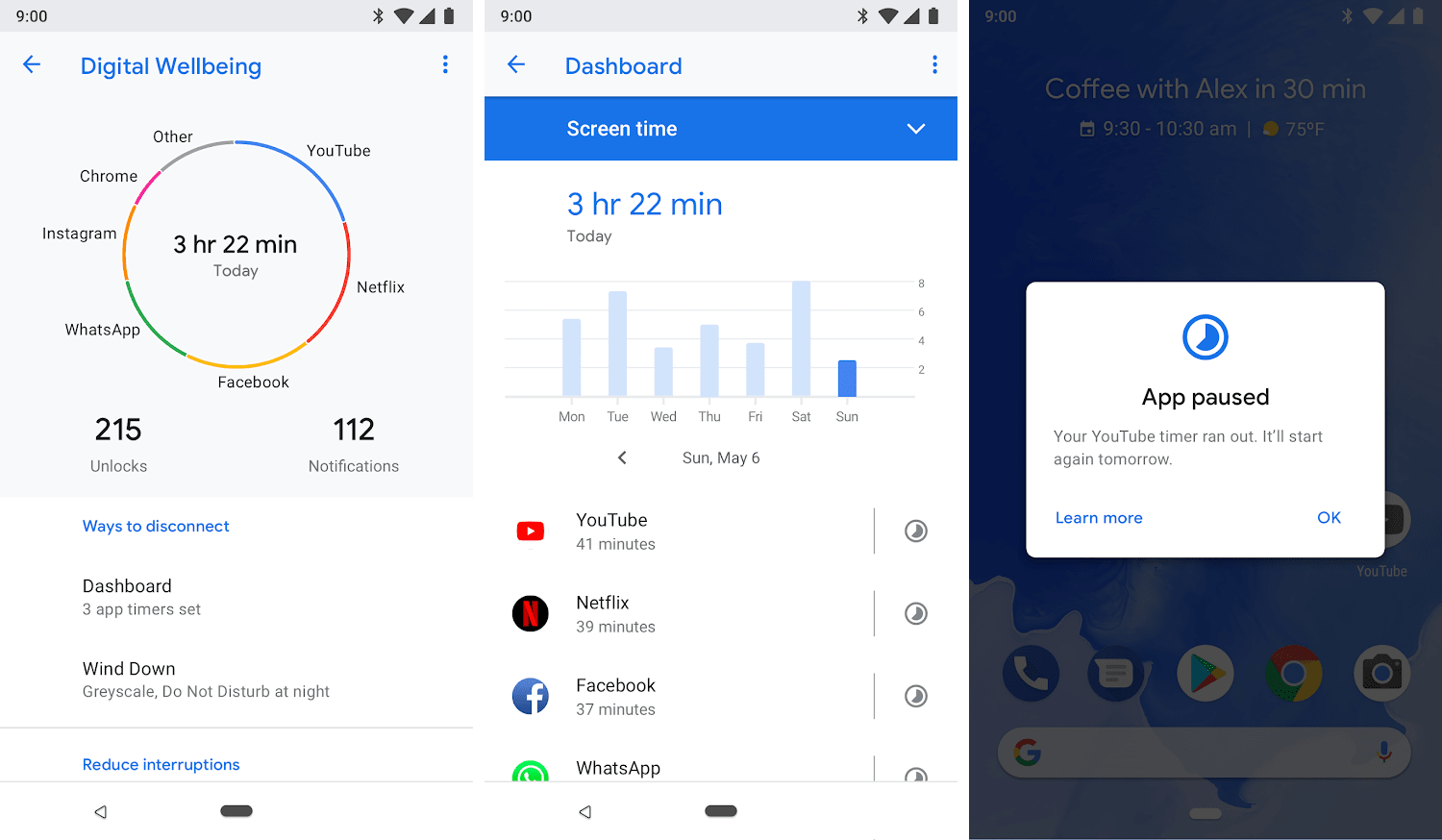 Earlier this year during its I/O conference, Google announced new tools to help users manage their screen time. Now, it's rolling out Digital Wellbeing to Google Pixel phones and Android One devices with Android 9 Pie. Digital Wellbeing gives Android users a look at how much time they've spent on apps as well as how often they've unlocked their phones and how many notifications they've received. It also offers the ability to set time limits on app usage. Additionally, with Wind Down users can limit what notifications come through during a certain time period and have the option of switching their screens to grayscale.

Google has already begun introducing digital health features to YouTube, Calendar and Google Home. And other companies, including Apple and Facebook, have rolled out similar tools as well.

You can snag Digital Wellbeing 1.0 through the Play Store.

In this article: android, android9, androidpie, DigitalHealth, DigitalWellbeing, digitalwellness, gear, google, mobile, ScreenTime
All products recommended by Engadget are selected by our editorial team, independent of our parent company. Some of our stories include affiliate links. If you buy something through one of these links, we may earn an affiliate commission.