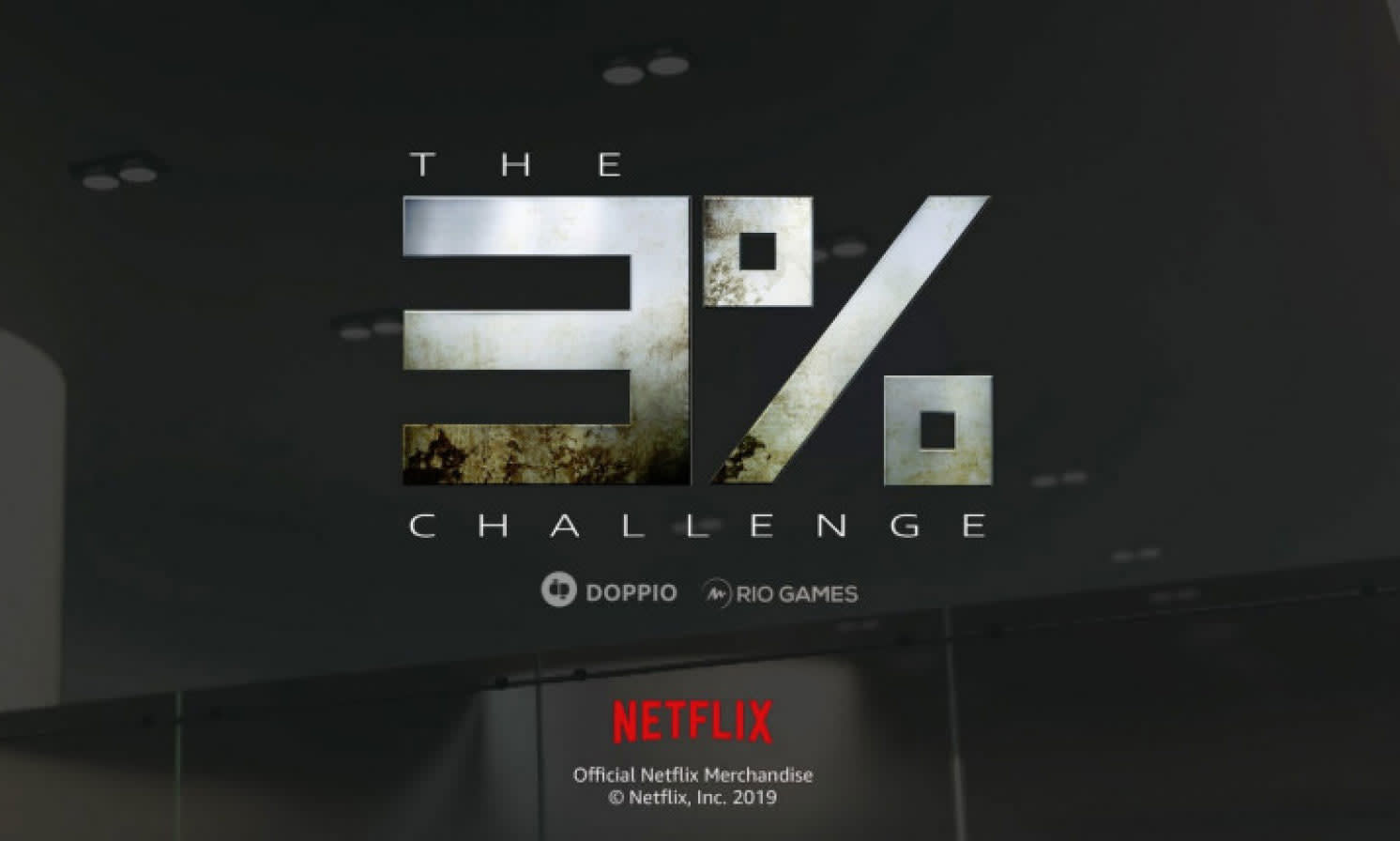 Following the success of its Stranger Things and Dark Crystal games, Netflix is adding another title to its gaming catalog: The 3% Challenge, based on hit Brazilian series 3%. The free-to-play episodic game, coming to Amazon Alexa today and Google Assistant later this week, is a prequel to the Netflix series, taking players into a dystopian future where citizens of the impoverished Inland have a lethal chance to make it to the affluent "Offshore" society.

Players will undertake a number of skill-based challenges, taking on "The Process" in a campaign that's slated to get fresh updates, episodes and tasks throughout the year. The game's developer, Portugal-based Doppio, is no stranger to voice-based games, although The 3% Challenge is a slight departure from its norm as the company has primarily focused on conversational games about life and love. As Doppio CEO Jeferson Valadares says, "We can't wait for players to see where we are taking the medium." To get started, just say "Alexa, open the three percent challenge," or "Hey Google, talk to the three percent challenge.

In this article: 3%, Alexa, av, challenge, Doppio, entertainment, game, gaming, Google Assistant, internet, Netflix, voice control
All products recommended by Engadget are selected by our editorial team, independent of our parent company. Some of our stories include affiliate links. If you buy something through one of these links, we may earn an affiliate commission.