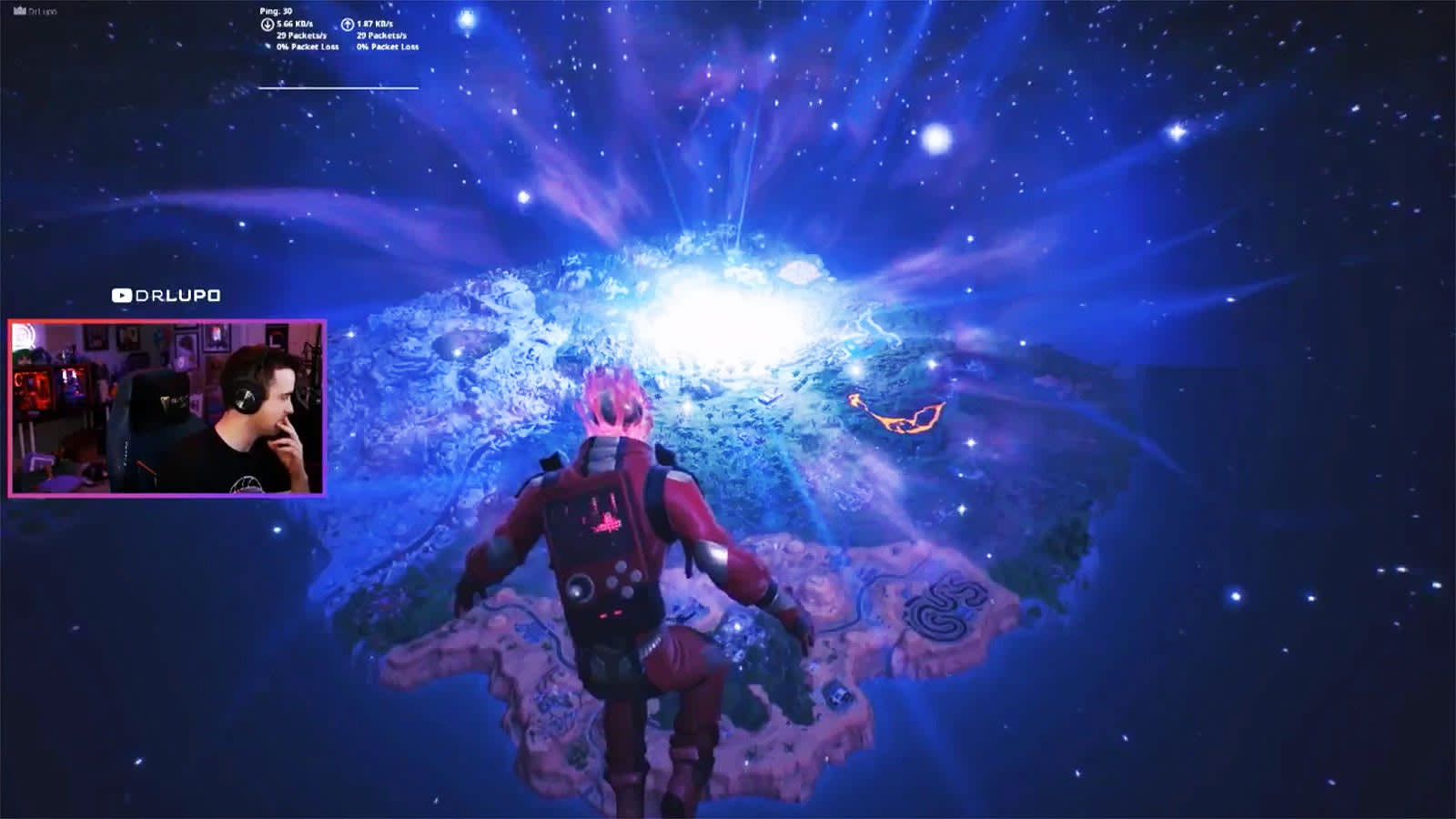 The leaks were on the mark -- Fortnite's original map is no more, at least as far as anyone can tell. The battle royale title's hyped-up The End event saw a missile launch into the sky and trigger a massive amount of rifts, culminating in a meteor strike that appeared to wipe out the map and suck players into... something. It's not clear what follows next (it doesn't help that Fortnite and Twitch both melted down during the event), although DrLupo's official stream ended with a mysterious eclipse or black hole glowing in the distance. Those who stayed in Fortnite could play a mini game.

Many expect this to serve as the transition to Fortnite Chapter 2, a major update to the game that includes a brand new map and fresh mechanics like boats. At this point, it seems doubtful that the original map will survive. That could be a bittersweet moment for many players. While many would argue that the game could stand some variety when its competitors are adding maps to their rotations, hundreds of millions of gamers cut their teeth on that first Fortnite map. It'll feel like a loss if that original terrain is gone for good, no matter how strong its replacement might be.

In this article: av, battle royale, epic games, fortnite, gaming, personal computing, personalcomputing, ps4, switch, video, xbox one
All products recommended by Engadget are selected by our editorial team, independent of our parent company. Some of our stories include affiliate links. If you buy something through one of these links, we may earn an affiliate commission.