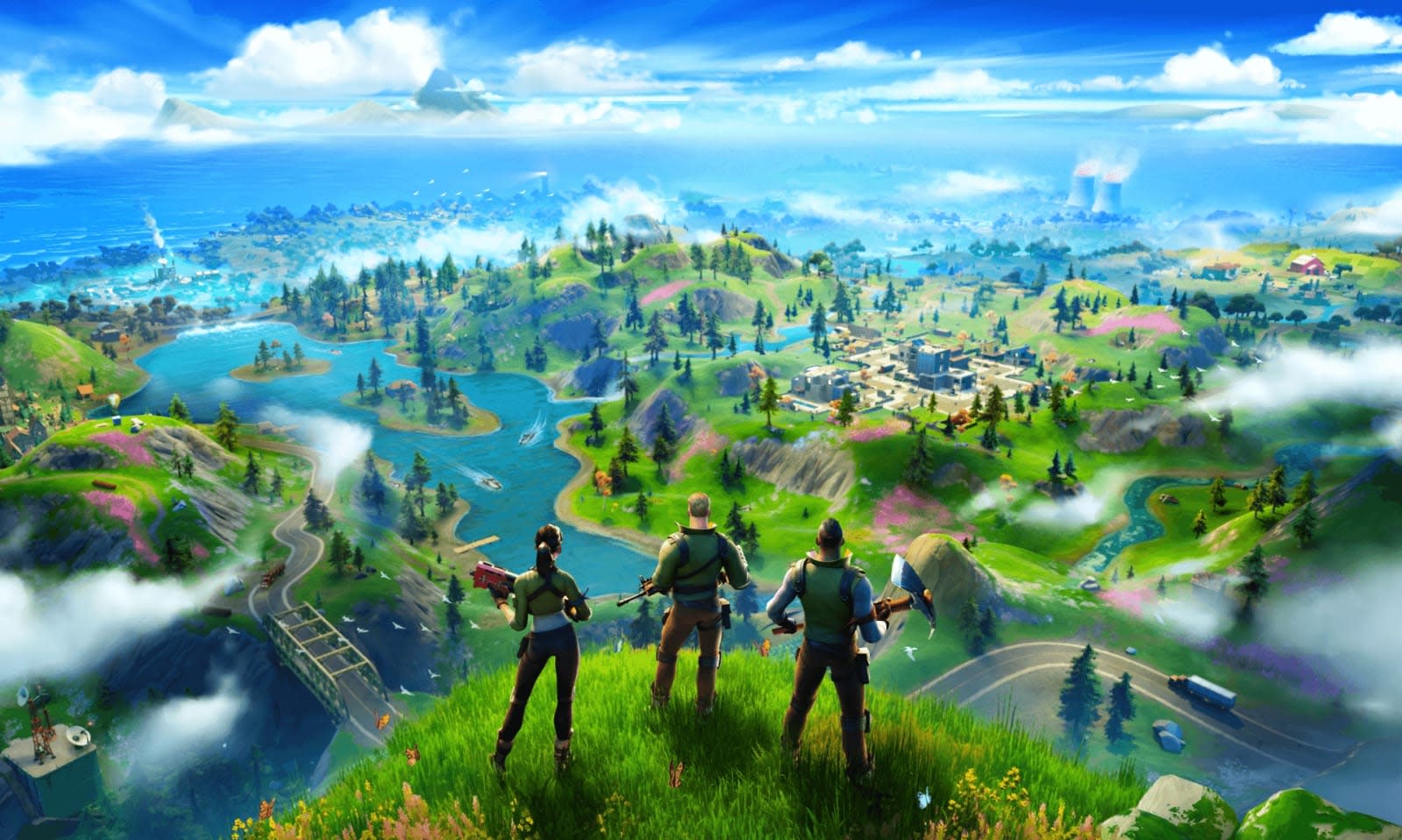 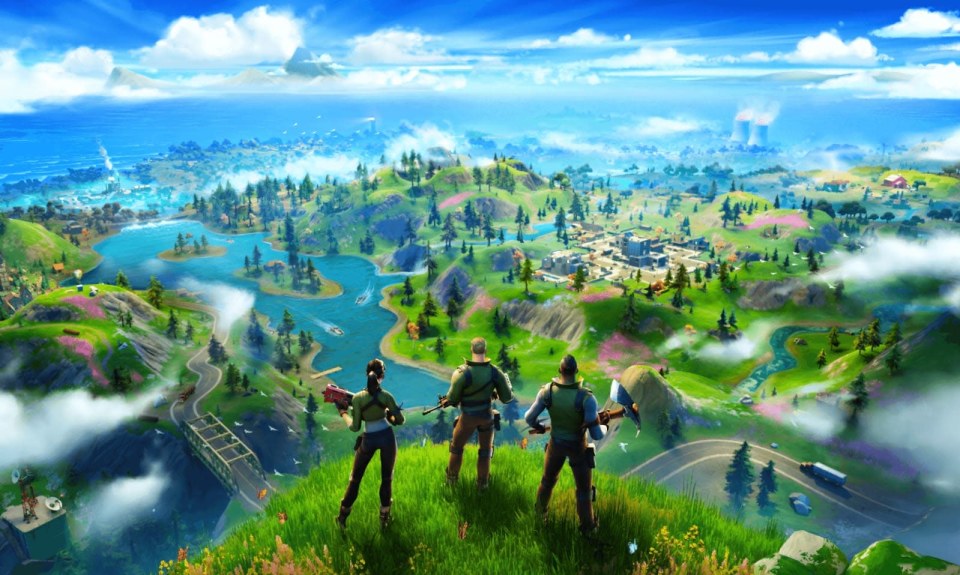 I've played Fortnite for over 1,400 hours, but never quite like this. While exploring today's release of Chapter 2, I swam through crystal-clear rivers, carried a downed teammate and ate a flopper fish while waiting for a speedboat to pick me up. After over a year as the most popular game on the planet, Epic Games' money machine has the reset needed not only to freshen things up but make the battle royale shooter exciting again.

To be clear, this is very much still Fortnite. Your goal is to either eliminate or avoid 99 other players who have parachuted onto a vibrant remote island in order to win a "Victory Royale." However, with today's update, that task has become a lot more challenging thanks to a completely new map, a revamped user interface, streamlined loot drops, new points of interest and game mechanics. All told, it'll probably require another few hundred hours to fully get used to.

The new map is the biggest change. When you drop out of the Battle Bus for the first time, you immediately see that Epic hasn't uncovered the names of the new map locations. That's an intentional part of Epic's new medal system which exists alongside challenges. It rewards you for completing various in-game activities, like visiting some of the 13 new landmarks dotted around the new island. Some old points of interest -- like Retail Row and Salty Springs -- have also made the jump, giving players the option of returning to their favorite jump spots.

Once on the ground, I noticed that the game's graphics have also been updated for the better. Previous seasons certainly weren't dull, but the new island feels a lot more vibrant, especially in areas where flowing water inlets -- which you can either swim in or fish for weapons -- meet the lush green hills. Even farming for materials feels different, as the bushes, fences and rocks appear a lot more detailed.

Epic has continually tweaked the look and feel of its game to make things feel fresh, and Chapter 2 is certainly no different. The small health and shield bars, which were typically located at the bottom center of the screen, have been shifted to the side and made bigger. When you consume a shield potion or apply a Med Kit, the countdown is displayed prominently in big bold numbers in the middle of the screen. 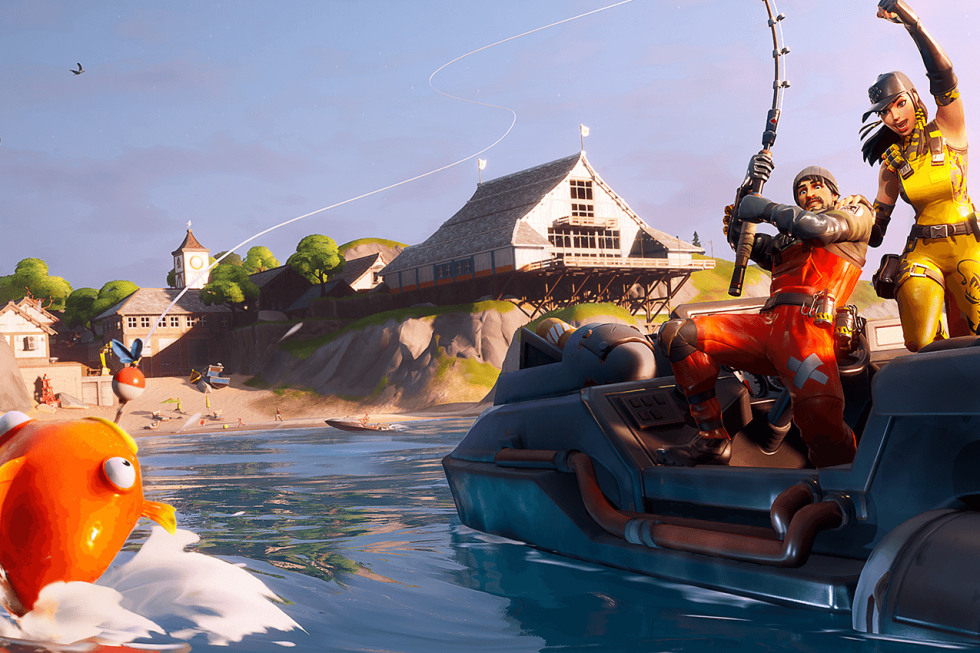 And that's the point, I guess. Despite being a seasoned player, everything in this new update makes the game feel new. The feeling I get when I drop onto this island is like the first time I discovered Tilted Towers and Anarchy Acres in the previous chapter. I no longer know which locations are going to be heavily contested and those that will allow me to loot freely without having to cover my ass.

After coming under fire for introducing mechs and messing with building settings, Epic needed to ensure that Fortnite's new chapter got off to a good start, and at first blush it feels like it has. The company appears to have focused on interactivity as its core theme, allowing players to hide in dumpsters and haystacks, explode gas tanks and barrels from afar and even power-up their weapons at upgrade benches.

Of course, when players sink hundreds or thousands of hours into a game, those new mechanics will become stale. Epic has a long history of weekly updates to learn from, though, and hopefully that can keep it from making past mistakes all over again.

In this article: av, battle royale, chapter 2, epic games, fortnite, gaming, internet, opinion
All products recommended by Engadget are selected by our editorial team, independent of our parent company. Some of our stories include affiliate links. If you buy something through one of these links, we may earn an affiliate commission.