It’s all about immersive music listening.

Sony isn't letting Dolby corner the market on positional audio. Today, the electronics giant announced that 360 Reality Audio, its immersive listening technology that debuted at CES, is officially launching this fall. There will be around 1,000 tracks to start from the likes of Billy Joel and Bob Dylan. You'll be able to access 360 Reality songs via Tidal, Amazon Music HD, Deezer and nugs.net (which is a real service, we checked) on their respective iOS and Android apps.

Sony is basically trying to recreate the experience of listening to live music with 360 Reality Audio. Think of it like a step beyond stereo, you'd ideally be able to pick out where an instrument is being played on a sound field that completely surrounds you. We were impressed by the technology at CES, but had our reservations about Sony's ability to deliver on an entirely new audio format (especially since high resolution has been languishing for years). And while Sony says the format supports high res audio, it'll initially roll out with streaming-level quality (we couldn't get them to list any specific numbers).

Even though Sony is going through the motions of officially launching 360 Reality Audio, it's still far from a sure bet. The initial lineup of around 1,000 songs seems laughably low, though the company says more are coming from Sony's music label (naturally), Warner and Universal. Sony also teamed up with LiveNation to deliver 100 concert recordings from the likes of CHARLI XCX and Kodaline.

Sony says you'll be able to listen to 360 Reality Audio tracks on any headphones and the participating streaming apps on Android and iOS. Tidal reps tell us its app will get 360 Reality support on October 28th. You'll also get a customized experience with Sony's headphones, as its mobile app will be able to tune itself to your ears. You just have to take a picture of your ears, and Sony's cloud-based algorithms will send you a unique hearing pathway in under a minute. As for speakers, you'll need a system with multiple units and Sony's custom decoder. 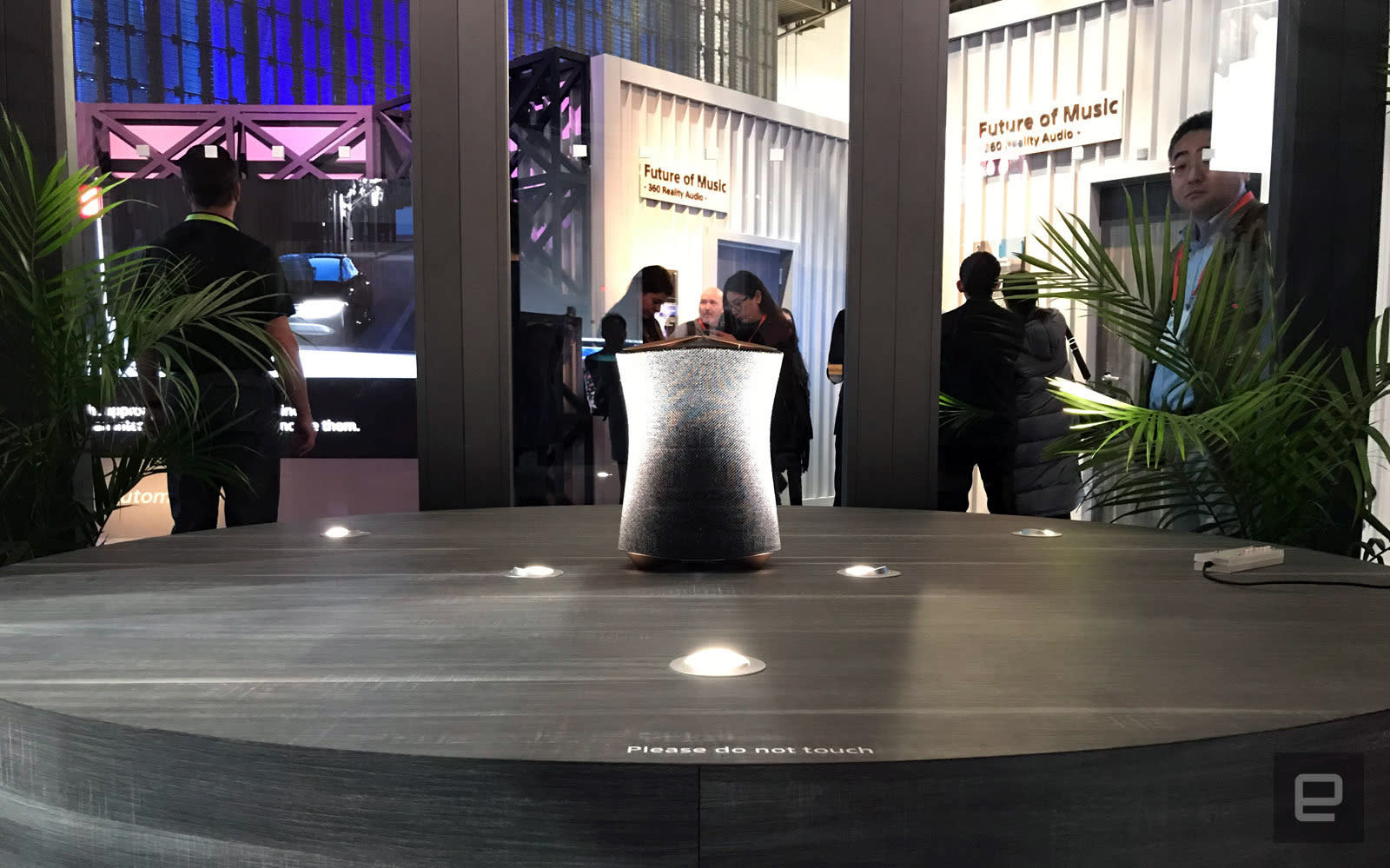 Curiously, the company also partnered with Amazon and Google to deliver 360 Reality content on the Echo Studio and Chromecast. That makes sense, but it makes me wonder how those experiences will differ from the more complex speaker setup Sony demands.

"The first time we heard a demo [of 360 Reality Audio], we were very impressed," said Tapas Roy, Amazon's head of engineering for the Echo Studio, at Sony's launch event today. "It was truly immersive, with music coming from every direction. And we we realized it was replaying the intent that content creators had."

As we previously covered, 360 Reality Audio files will be compliant with the open MPEG-H 3D Audio standard. Sony is also working together with Fraunhofer IIS, which also helped develop Sennheiser's Ambeo 3D audio, to ensure compatibility. Thankfully, this won't be like the MiniDisc all over again -- by opening up the standard, Sony is making it more compelling to partners.

Obviously, many questions remain. It's unclear how well 360 Reality Audio will work across different types of headphones, and we're eager to press Sony about recommended specs. And of course, we don't know when and if the company will manage to get more tracks produced. At the very least, Sony seems to be doing something more than just trying to deliver high resolution audio, which has failed to gain much traction compared to compressed files and streaming music. Maybe adding a bit of positional magic will make things different for 360 Reality Audio.

All products recommended by Engadget are selected by our editorial team, independent of our parent company. Some of our stories include affiliate links. If you buy something through one of these links, we may earn an affiliate commission. All prices are correct at the time of publishing.
View All Comments
Sony’s 360 Reality Audio launches this fall with 1,000 tracks