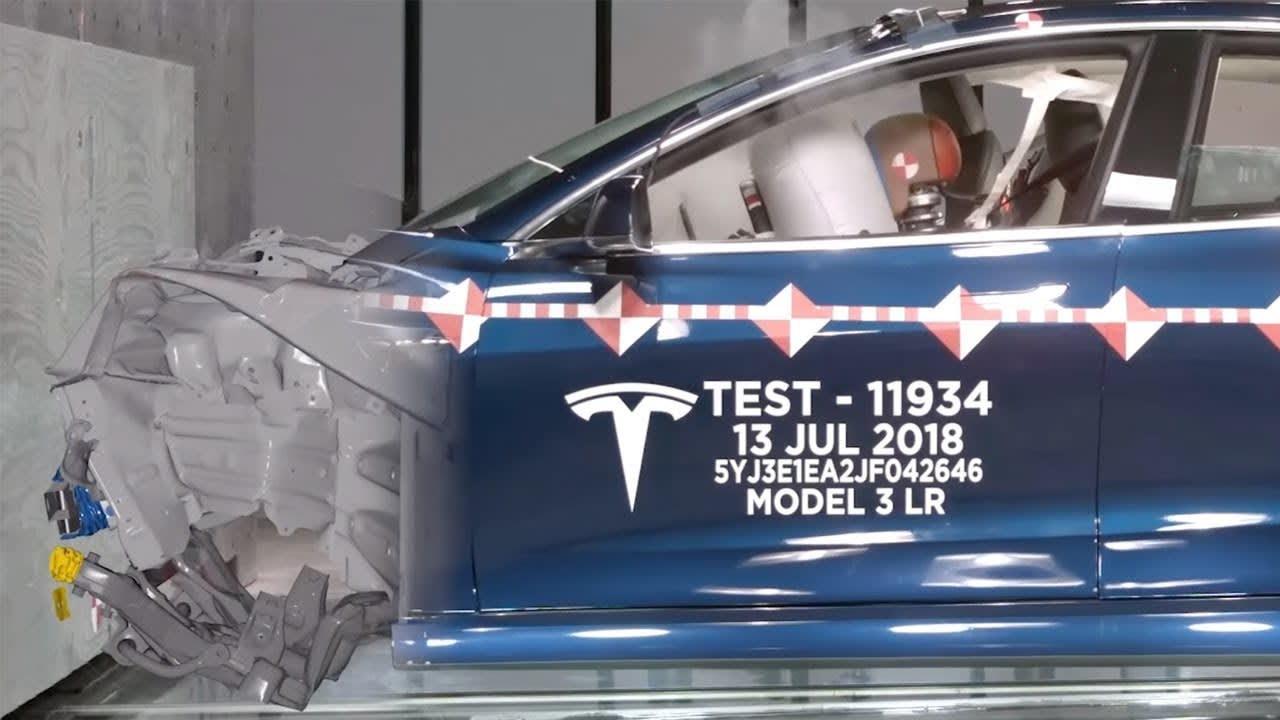 Despite what Elon Musk may think of media coverage when it comes to Tesla accidents, we don't want to see the company's EVs smashing into anything. This time, Tesla is giving everyone a look at how the company tests out its vehicles to get them ready in case an accident happens, and develop designs that have scored high ratings for safety.

Like other automakers, Tesla relies on computer modeling to find problems long before a fully-built sedan or SUV goes crashing into a wall, but it also shows off the Model 3's specially-designed front passenger airbag that wraps around the occupant to keep them from making contact with the interior. Honda has announced a new three-chamber airbag design to reduce head and neck rotation that will be in 2020 vehicles, but this is in car's now.

Tesla's tweet about the video notes that the Model 3 specifically is "among the safest cars on the road" -- we'll see if that satisfies NHTSA and IIHS officials who have taken issue with the company's wording in the past when referring to the car's capabilities.

In this article: crash test, gear, Model 3, tesla, transportation
All products recommended by Engadget are selected by our editorial team, independent of our parent company. Some of our stories include affiliate links. If you buy something through one of these links, we may earn an affiliate commission.