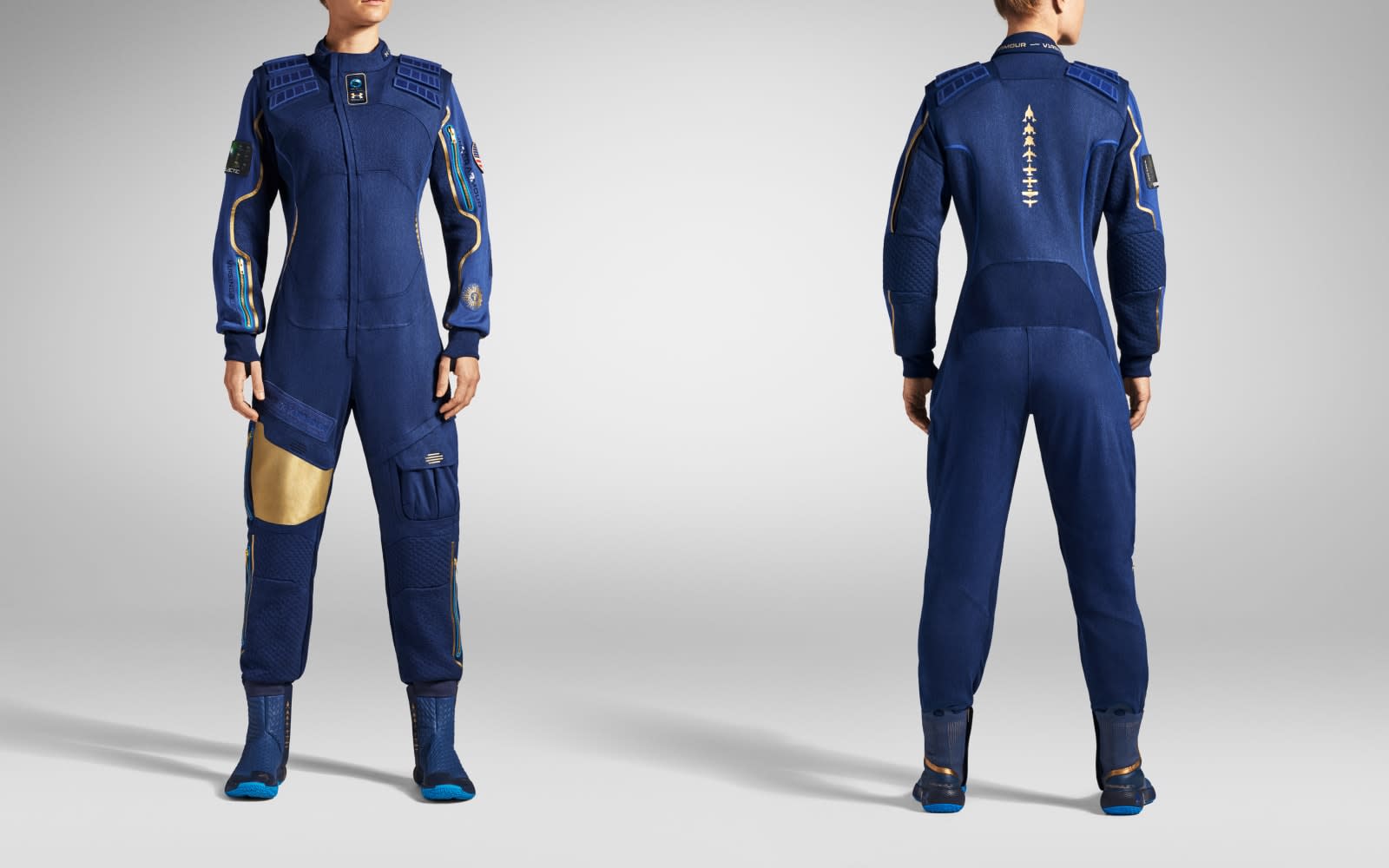 Yesterday, NASA revealed the spacesuits its astronauts will wear on future Moon and Mars missions. They're impressive but clunky and a little heavy-handed on the patriotic theme. As you might expect, commercial space travel will be a bit more stylish. Today, Under Armour unveiled the space gear -- a base layer, spacesuit and boots -- that it's designed for passengers on Virgin Galactic flights.

The base layer looks like something you'd wear on a cold jog, and that's partly because Under Armour retrofit the UA RUSH, mineral-infused fabric that it sells to athletes. The company says this will help with temperature regulation and sweat management. 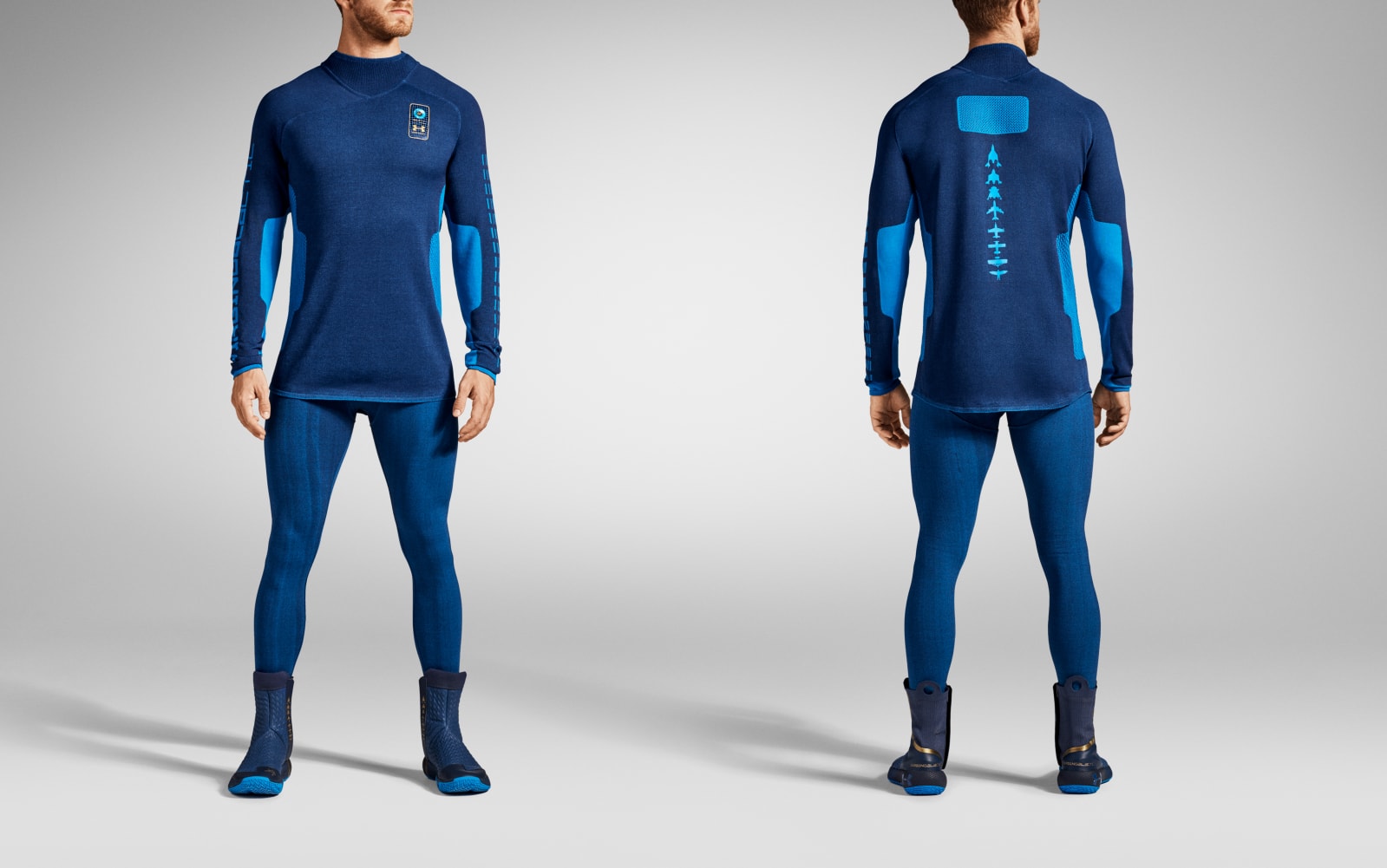 The fitted spacesuit is the same dark blue but with gold accents inspired by rays of sunlight. According to Under Armor, each spacesuit iteration underwent rigorous testing with pilots, spaceship engineers, medical professionals and astronaut instructors. It has functional features like an integrated communication system and plenty of pockets. It also has a clear pocket on the inside of the jacket (above the heart) for a photo of a loved one, and each suit will have a removable patch that can be transferred to flight jackets for everyday wear.

The look wouldn't be complete without matching boots. Inspired by racecar drivers' footwear, the boots are designed to be lightweight, not the big, bulky moon boots you might expect. 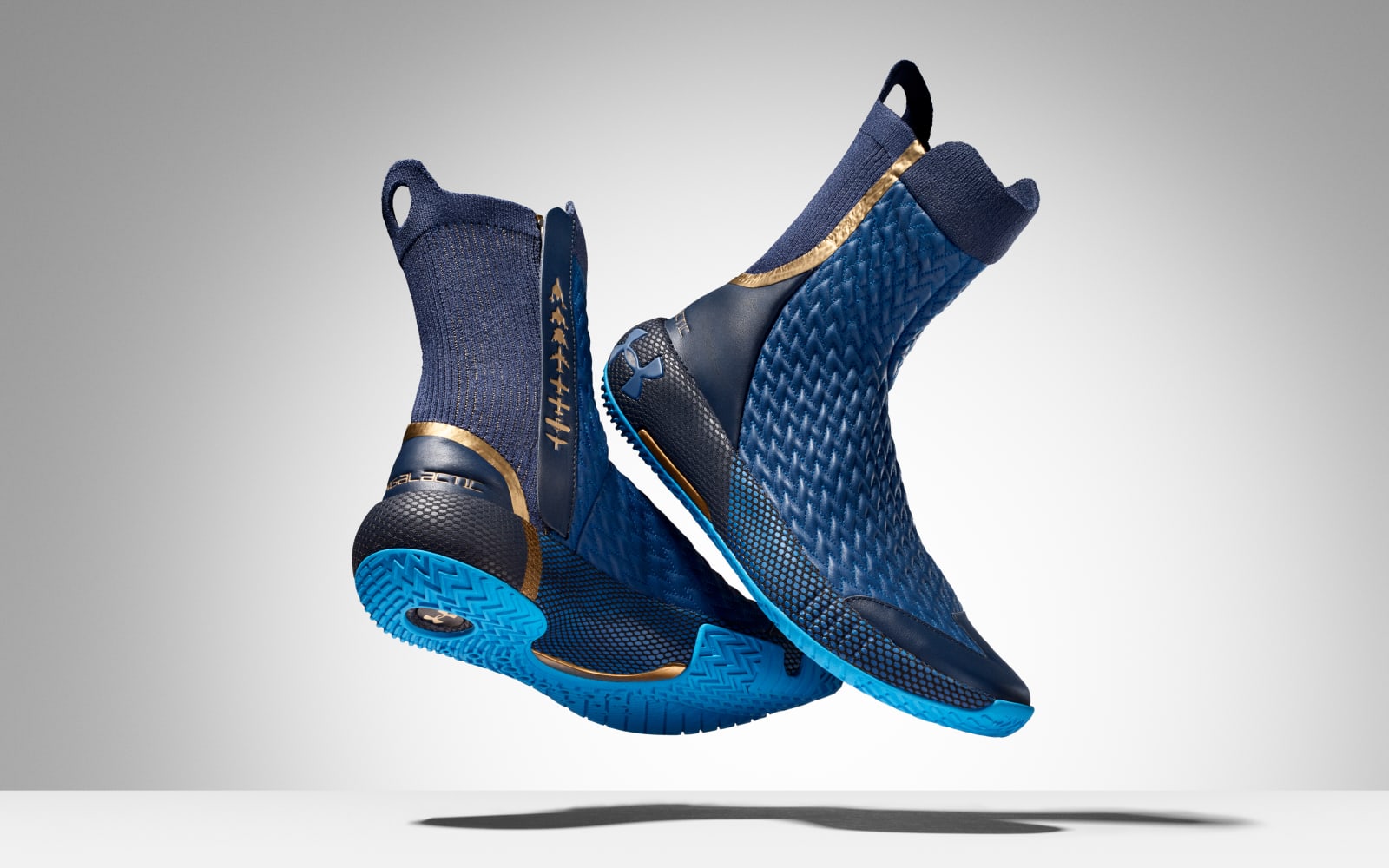 Virgin Galactic is still preparing for its inaugural commercial flight. Despite facing setbacks, it has sent its first passengers to the edge of space, and it has a waitlist of more than 600 passengers from 58 countries who have paid or put down deposits for a ride.

In this article: boots, commercial space flight, commercial space travel, commercial spacesuit, gear, material, space, spacesuit, tomorrow, under armour, virgin galactic
All products recommended by Engadget are selected by our editorial team, independent of our parent company. Some of our stories include affiliate links. If you buy something through one of these links, we may earn an affiliate commission.