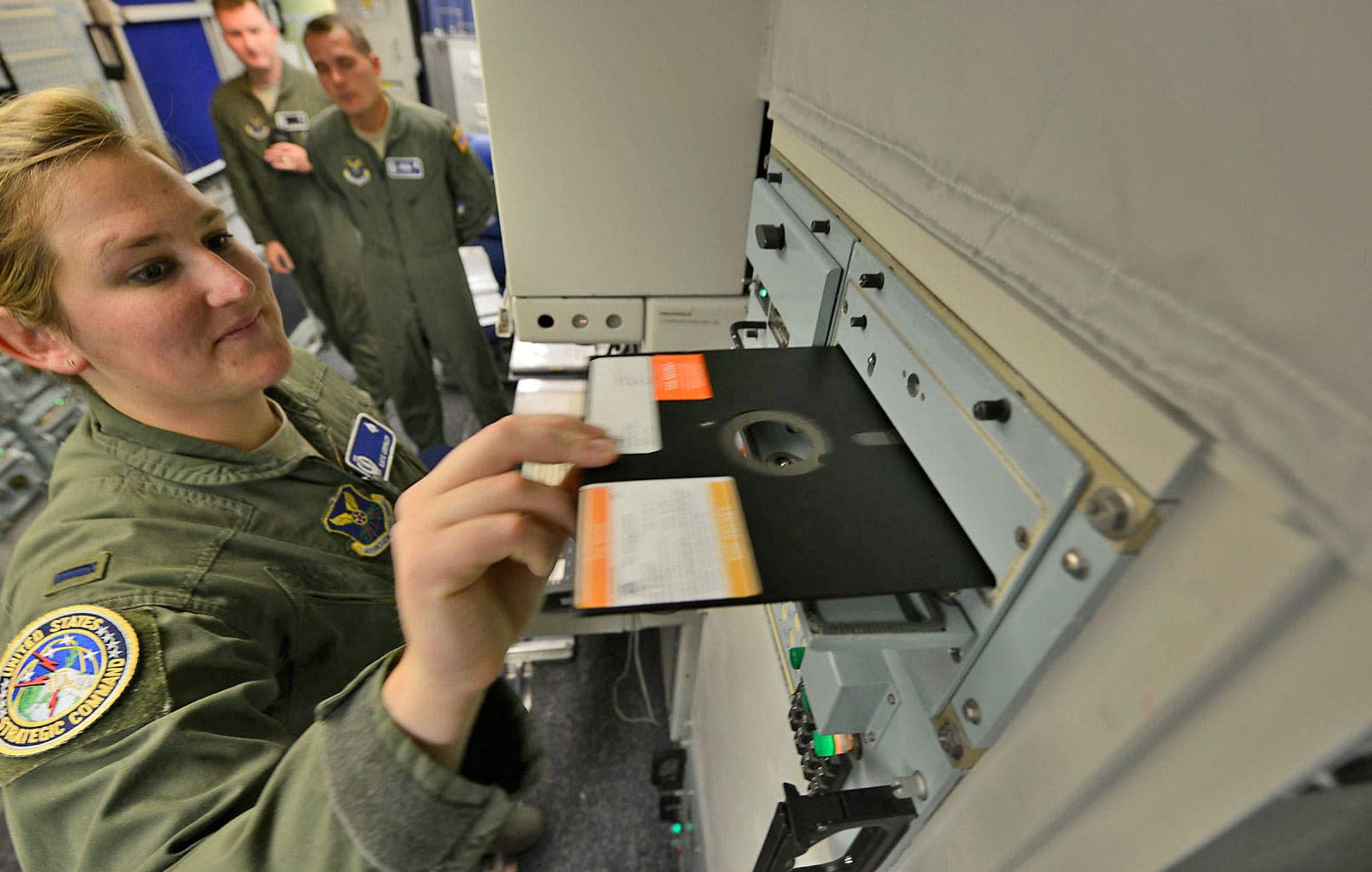 As we alarmingly learned in 2014, the US military has been using 8-inch floppy disks in an antiquated '70s computer to receive nuclear launch orders from the President. Now, the US strategic command has announced that it has replaced the drives with a "highly-secure solid state digital storage solution," Lt. Col. Jason Rossi told c4isrnet.com.

The storage is used in an ancient system called the Strategic Automated Command and Control System, or SACCS. It's used by US nuclear forces to send emergency action messages from command centers to field forces, and is unhackable precisely because it was created long before the internet existed. "You can't hack something that doesn't have an IP address. It's a very unique system -- it is old and it is very good," Rossi said.

The Defense Department planned to replace the old IBM Series/1 SACCS computer and "update its data storage solutions, port expansion processors, portable terminals, and desktop terminals by the end of fiscal year 2017," it said in 2016. The Air Force hasn't revealed whether that project is complete, but did say that it has enhanced the speed and connectivity of SACCS.

Despite the age of the system, the Air Force is confident in its security and has a pretty good handle on maintaining it. By contrast, installing an all-new system isn't as easy as it sounds. "You have to be able to certify that an adversary can't take control of that weapon, that the weapon will be able to do what it's supposed to do when you call on it," said Air Force Scientific Advisory Board chair Dr. Werner JA Dahm back in 2016.

In this article: 8-inch, FloppyDisk, gear, LaunchCodes, Missiles, Nuclear, politics, SACCS, security, StrategicComand, tomorrow
All products recommended by Engadget are selected by our editorial team, independent of our parent company. Some of our stories include affiliate links. If you buy something through one of these links, we may earn an affiliate commission.