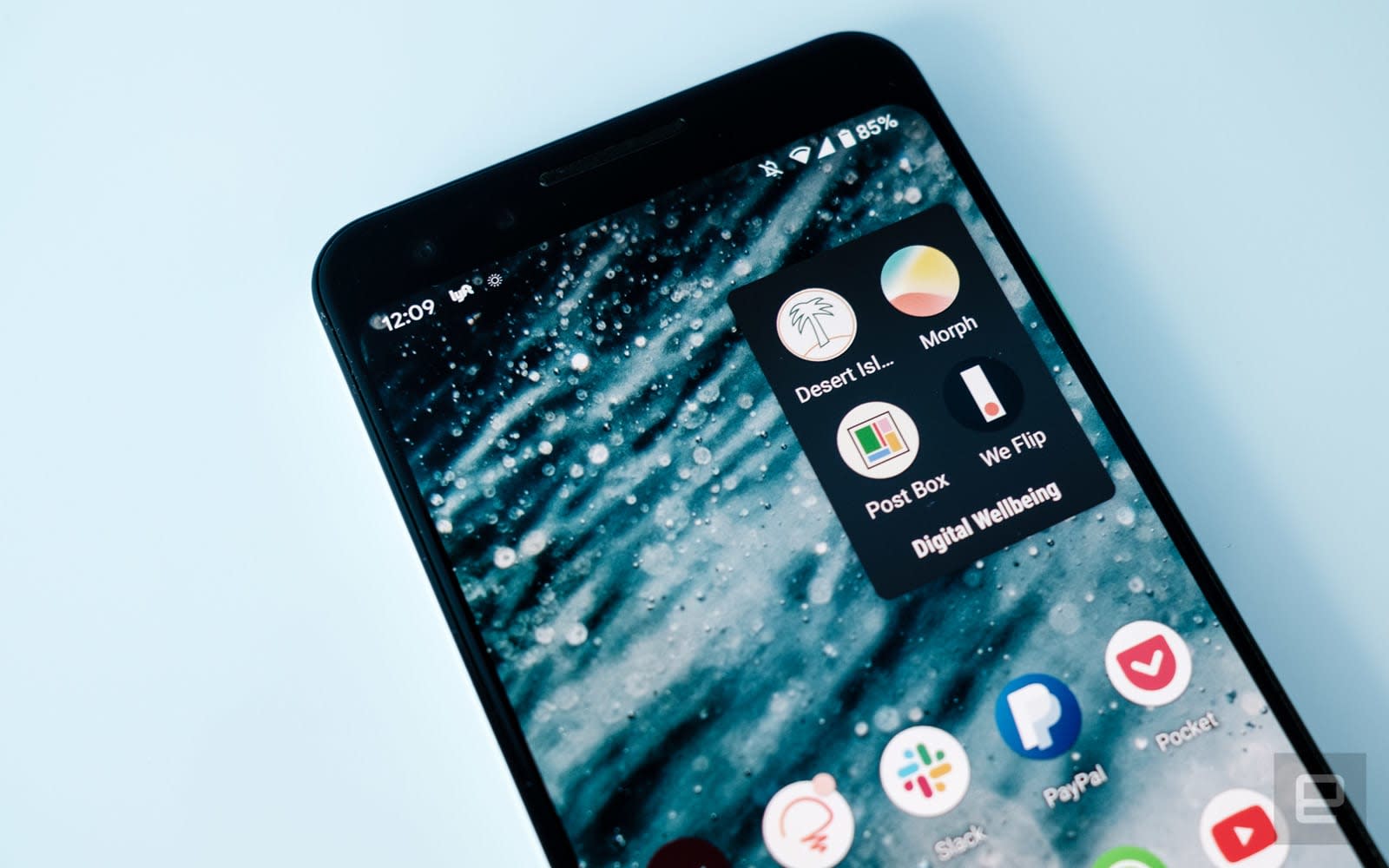 Back at I/O 2018, Google introduced Digital Wellbeing, a feature in Android that the company designed to help users manage their smartphone usage. Today Google has introduced five new apps -- called Unlock Clock, Post Box, We Flip, Desert Island and Morph -- that complement the platform in trying to get you to look at your phone less.

Post Box, meanwhile, bundles together your notifications and holds them until a specific time in the day. You can pick between getting your notifications once, twice, three or four times daily. Post Box will also organize them so that they're easy to sort through quickly. Of the five apps included in this list, it seems the most useful of the bunch.

We Flip invites you and your friends to focus on one another by playing a game. When you're in a group, you can all launch the app together. It will then pair your phones with another and start a timer. The goal is to not look at your phone for as long as possible. When someone finally does unlock their device, the game ends for everyone. At this point, the app will display how long the session lasted, in addition to how many times everyone peeked at their phones. It's a fun concept, but it might be tough to get people on board since everyone has to install the app.

Desert Island is the smartphone equivalent of a game you probably played as an icebreaker. You pick the handful of apps that you can't live without and then try to go a full day without using anything else. On a subsequent day, you can try using one less app than you did the day before.

Lastly, there's Morph, which Google says will deliver the exact apps you need at the right time. After installing the app, you pick the apps that you use most frequently in a specific situation. You can set multiple scenarios, such as work, travel and creativity. Morph will then attempt to predict when you'll want to use those exact apps.

It will be interesting to see if Google integrates any of these apps into the core Digital Wellbeing experience. After a slow start last year, the company has done a better job of pushing the platform out to the wider Android ecosystem. Earlier this month, the company started mandating that manufacturers must include the platform on their phones if they ship with Android 9 Pie or later.

In this article: android, digital health, digital wellbeing, gear, google, mobile, screentime, smartphone
All products recommended by Engadget are selected by our editorial team, independent of our parent company. Some of our stories include affiliate links. If you buy something through one of these links, we may earn an affiliate commission.