After months of teasing, the eighth generation of the Volkswagen Golf has been unveiled. The sleeker design doesn't stray too far from the vehicle's core look. But like our moms always told us, it's what inside that counts and the new Golf has a lot going on under the shell.

First off the Golf will be available in five hybrid variants. Five! There will be three mild-hybrid versions with a 48V lithium-ion battery and two plug-in hybrids. The plugins will sport a 13 kWh lithium-ion battery that Volkswagen says will last for about 60 kilometers (37 miles).

Meanwhile, the interior displays have been completely digitized. No more analog speedometers. Instead, it actually resembles the inside of the ID3 that was unveiled in Frankfurt this past summer. That's no surprise, sharing components saves money. Going digital also keeps costs down allowing a single piece of hardware to be used in a vehicle in all regions.

An 8.25-inch or optional 10-inch display houses the infotainment system which will support Alexa for voice-activated control. That layout also resembles the ID3.

As for connectivity, the vehicle will ship with vehicle-to-X communications standard. So in addition to the cars talking to each other, they'll be able to interface with a compatible infrastructure. The automaker says it'll be able to connect with other cars up to 800 meters away and that the tech will help with "Swarm" intelligence that will be "representing the beginning of a new phase of traffic safety." 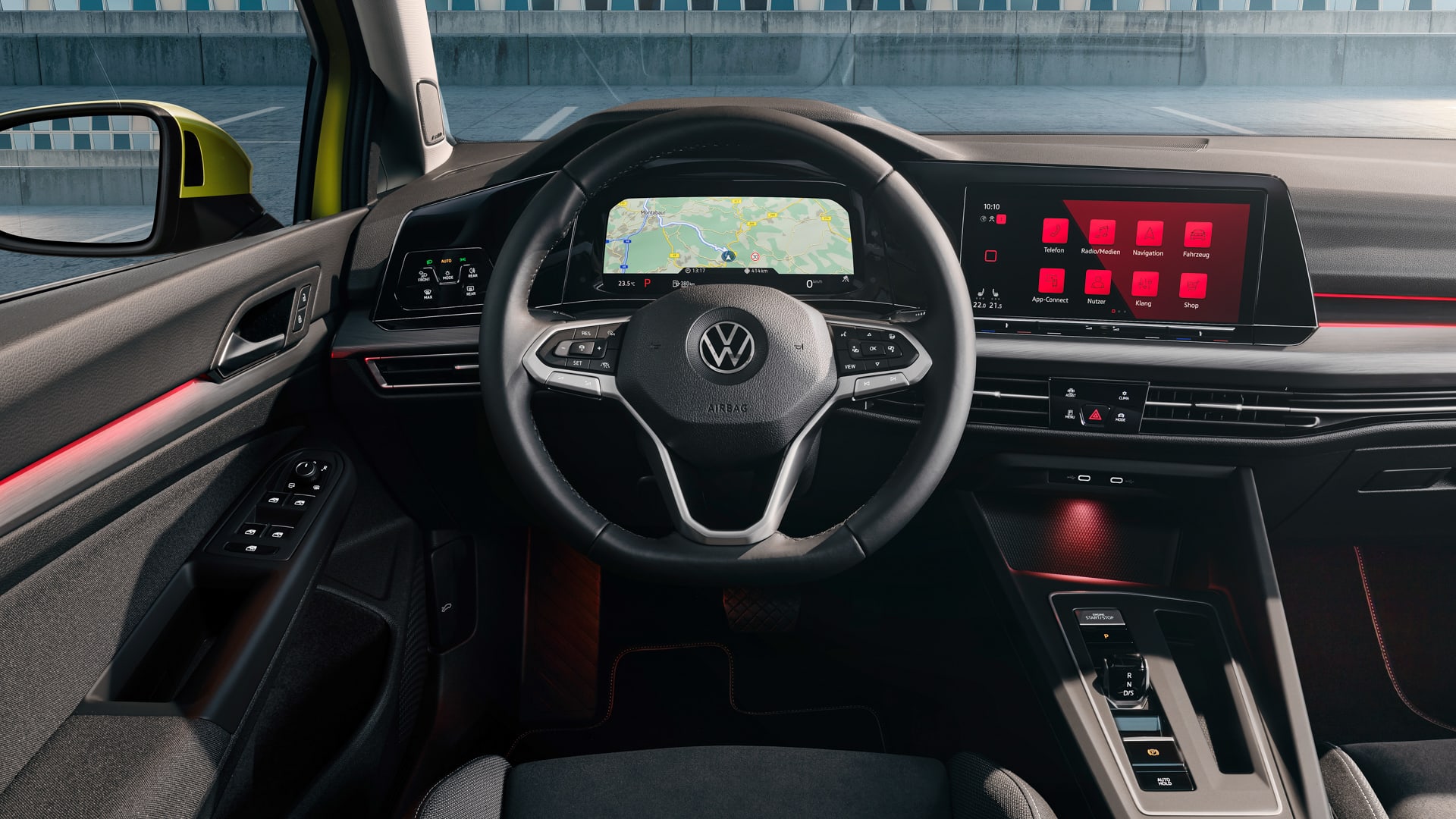 On the more traditional powertrain front, the new Golf will be available as a four-cylinder gas (TSI), diesel (TDI) or natural gas drive (TGI) car. For the US market, we'll be getting the gas version of the vehicle.

As of right now, Volkswagen has only committed to bringing the GTI and R versions of the new Golf to the United States. The automaker is still deciding if it will continue to sell the baseline model of the vehicle here. The biggest bummer is that none of the hybrids are going to be offered in the United States.

The eighth-generation Golf will be available in showrooms starting in December.