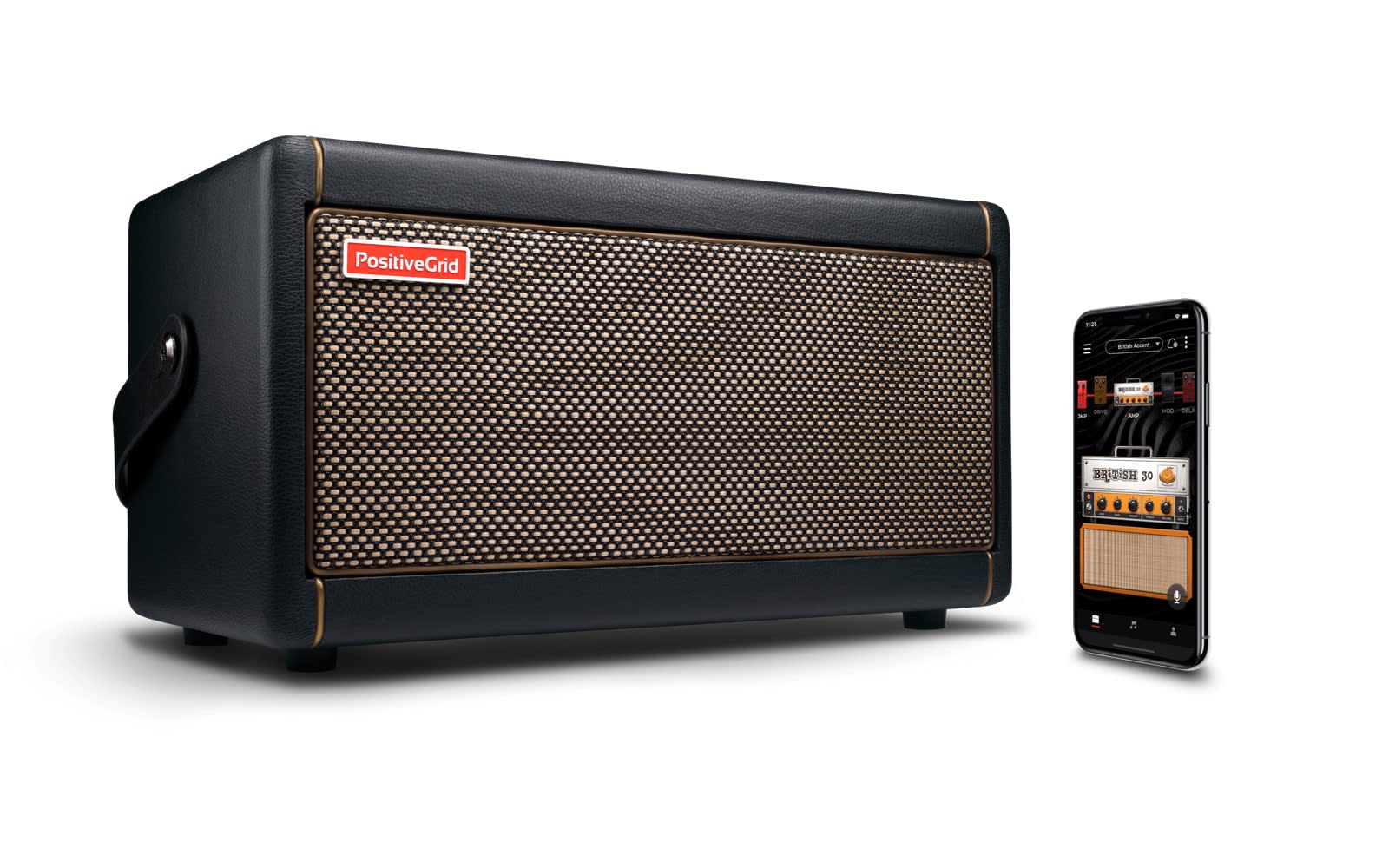 When paired with your smartphone or tablet, the 40-watt Spark analyzes your playing style and generates a backing drumbeat and bassline accompaniment. It probably won't keep up with mixolydian prog riffage, but if you just need some support for your strumming, the virtual drummer will stay on tempo and the bass player won't hog the spotlight. If you want to be more specific over the what the virtual instruments play, you can use voice commands and ask Spark to play a slow blues track to which you can follow along, for example.

Similar to Fender Songs, which analyzes audio from Apple music and generates chord charts, The Spark app can pick apart tracks from YouTube, Apple Music and Spotify so you can play along with just about any song. The app also lets you slow down or loop passages so you can practice chord changes at your own pace.

On its control panel, the Spark has the typical EQ array of bass, middle and treble knobs (no presence knob though); gain and master volume pots (so you can control how clean or dirty the signal sounds without bothering the neighbors); modulation, delay and reverb levels; a tap-tempo button; an on-board tuner and a preset selector. Positive Grid uses the same modeling engine in the $299 Spark as it does in its flagship $1,299 BIAS amplifiers. That means tons of amp and effects modeling options and 10,000 presets from artists, producers and the Positive Grid user community.

Positive Grid has been making waves in the digital guitar amplifier world, providing affordable alternatives to impulse response modelers like the Kemper Profiler or the Fractal Axe FX, which can run over $2,000. These units are more expensive than standard modelling amps because their specialized software listens to the tonal qualities of a given amp and creates a surprisingly accurate digital recreation, which it saves as a preset. In other words, you can have a very close approximations to the sparkling cleans of a Fender Twin and the distorted wall-of-sound of a Mesa/Boogie Dual Rectifier in the same amp

The Spark launches in December starting at $299, but guitarists who pre-order can get $120 off the sticker price.

In this article: amplifier, av, chord library, gadgetry, gadgets, gear, guitar, guitar amp, modeling amp, music, Positive Grid, Positive Grid Spark, spark
All products recommended by Engadget are selected by our editorial team, independent of our parent company. Some of our stories include affiliate links. If you buy something through one of these links, we may earn an affiliate commission.