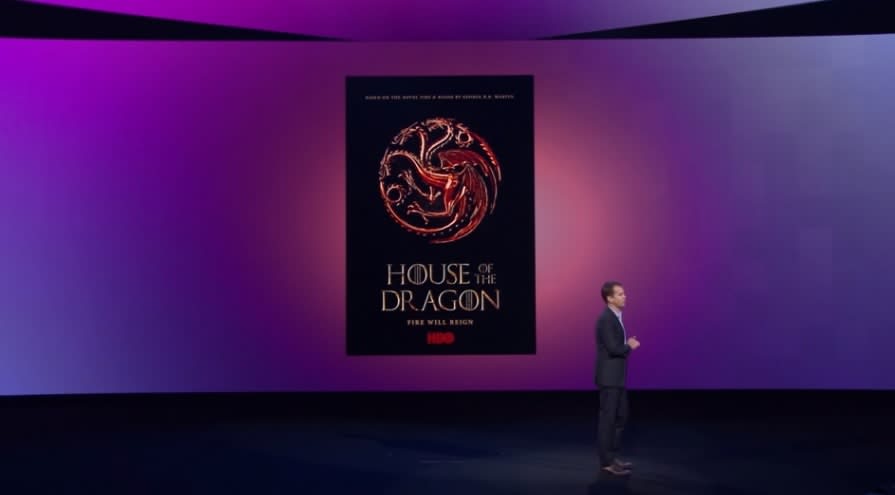 To close out its big HBO Max presentation -- the service will launch in May 2020 with a $14.99 per month price -- execs revealed that the flagship HBO show Game of Thrones will get a new spin-off based on Fire & Blood. House of the Dragon is a spin-off produced by author George R.R. Martin and Ryan Condal, which is set 300 years prior to the events of the first show.

Miguel Sapochnik, who directed the "Battle of the Bastards" episode will serve as co-showrunner, as well as directing the pilot and additional episodes. The show is initially set for a 10-episode run, and is a part of Sapochnik's overall deal to create shows for HBO and HBO Max. In a statement, HBO programming president Casey Bloys said "The Game of Thrones universe is so rich with stories. We look forward to exploring the origins of House Targaryen and the earlier days of Westeros along with Miguel, Ryan and George."

#HouseOfTheDragon, a #GameofThrones prequel is coming to @HBO.

The series is co-created by @GRRMSpeaking and Ryan Condal. Miguel Sapochnik will partner with Condal as showrunner and will direct the pilot and additional episodes. Condal will be writing the series. pic.twitter.com/9ttMzElgXm

Source: Game of Thrones (Twitter), HBO
Coverage: The Hollywood Reporter
In this article: att, av, entertainment, Game of Thrones, George RR Martin, HBO, HBO Max
All products recommended by Engadget are selected by our editorial team, independent of our parent company. Some of our stories include affiliate links. If you buy something through one of these links, we may earn an affiliate commission.