After Disney+ and Apple TV+ launch, the next big new streaming service will be HBO Max. At a presentation for investors today, AT&T revealed the service will launch in May next year, including the "entire HBO service and library," as well exclusive original content as well as a "choice slate" of acquired and library programming. The company also said it will avoid "binge and burn" by releasing new shows on a weekly basis, with plans for 50 new originals by the end of its first year.

Initially it will be available to existing AT&T HBO subscribers for free, and in 2021 it will have an ad-supported option.

Update: After two hours, execs announced the price will be $14.99 per month. Prior to a Q&A session, it closed announcements with news of a new Game of Thrones spin-off dubbed House of the Dragon. 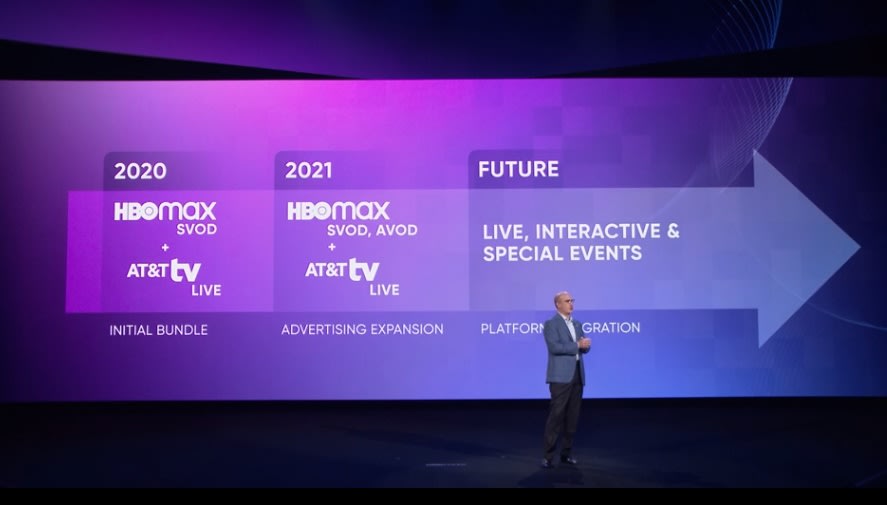 Initially, exec Bob Greenblatt said it will have around 10,000 hours of content to watch, which may be less than competitors like Netflix, but claimed it's going to lean on human recommendations rather than algorithms, and that a smaller catalog weeds out the "filler no one watches." Said Greenblatt, "We will never rely on algorithms to serve our customers the best programming." In terms of licensed content, next year HBO Max will have the last 40 years of Batman and Superman thanks to the ties between Warner and DC, including the new Joker movie since that will be on HBO. And of course, it's also the exclusive streaming home of Friends, The Big Bang Theory. Other deals will bring the net ten original CW series to HBO Max, starting with Batwoman. The second season of Doom Patrol will move from DC Universe to HBO Max.

Other big exclusives announced were the addition of South Park and its back catalog, as well as every episode of Rick & Morty.

HBO Max will have a "curated" offering of anime from Crunchyroll that will be updated every quarter, in addition to its previously-announced deal with Studio Ghibli. As far as its push for human curation, execs finally showed what that looks like, with recommendations from real people, like the stars of the shows you're watching like Zac Efron, as well as additional content. In the example show, a fictional viewer watched the Chernobyl series, while also listening to a podcast about it, all within the various HBO Max apps, and saw recommendations from others who enjoyed the series. HBO is very clearly targeting Netflix, but also other streamers, that push a panel of tiles, and claiming its experience will be different.