AT&T customers also get free access -- for others it will be tricky.

After two hours of listing content for the new HBO Max service and showing how its apps work, execs revealed the price when it launches in May next year will be $14.99 per month. If you're an AT&T customer with HBO, then it will be included for free, while TV, mobile and internet bundle customers will also get free access. You'll sign in with the same AT&T credentials used for your other accounts, and it will preload the app on AT&T Android phones.

The same goes for cable customers who subscribe to HBO but don't get their TV and internet from AT&T. An FAQ on the HBO Max website says "stay tuned for more details as we get closer to our launch date." Based on that information, it seems likely to work out like HBO Go access, as a benefit the company offers if your cable subscriber chooses to play ball -- and if they don't, then settling for less with "regular" HBO or going all-in to streaming HBO Max will be your only option. 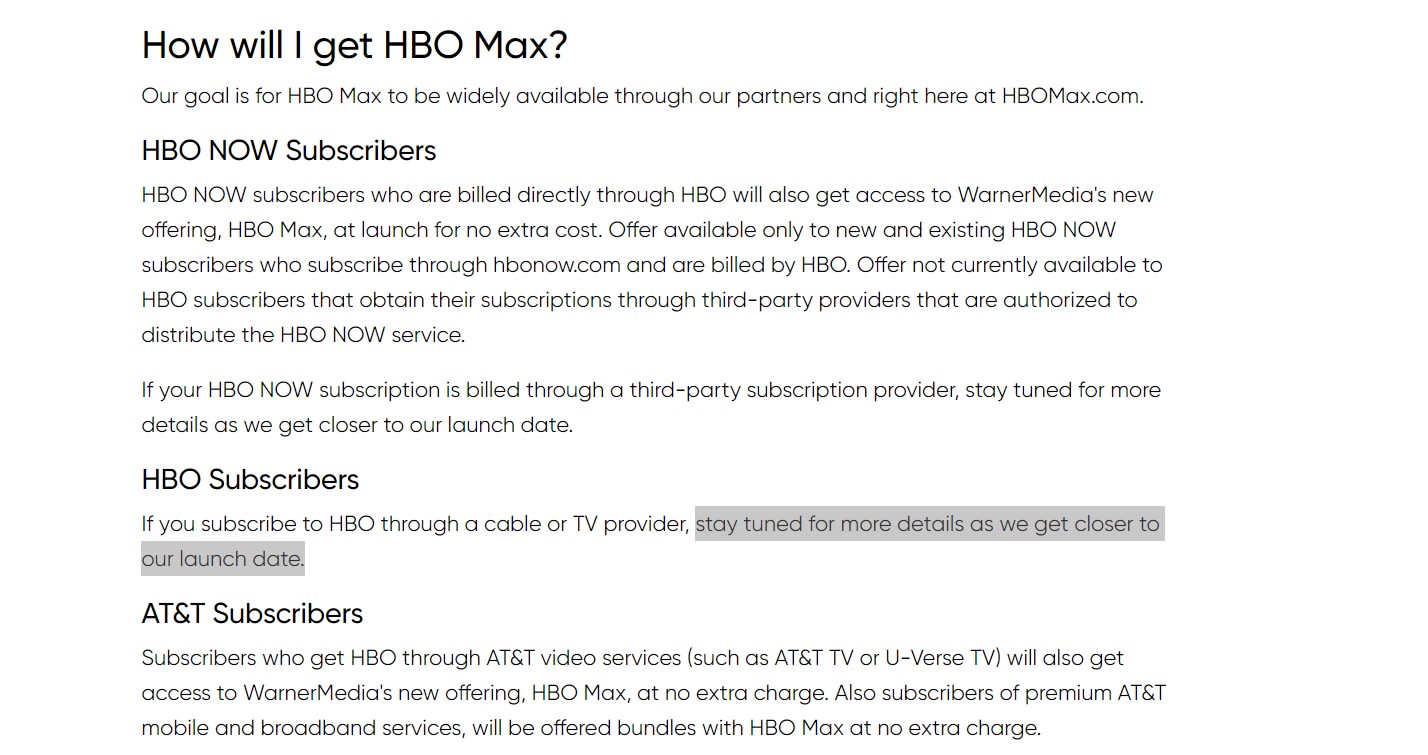 Before we declare an end to this epic day, here are the details you've all been waiting for: pic.twitter.com/BUW6RTd6Fy