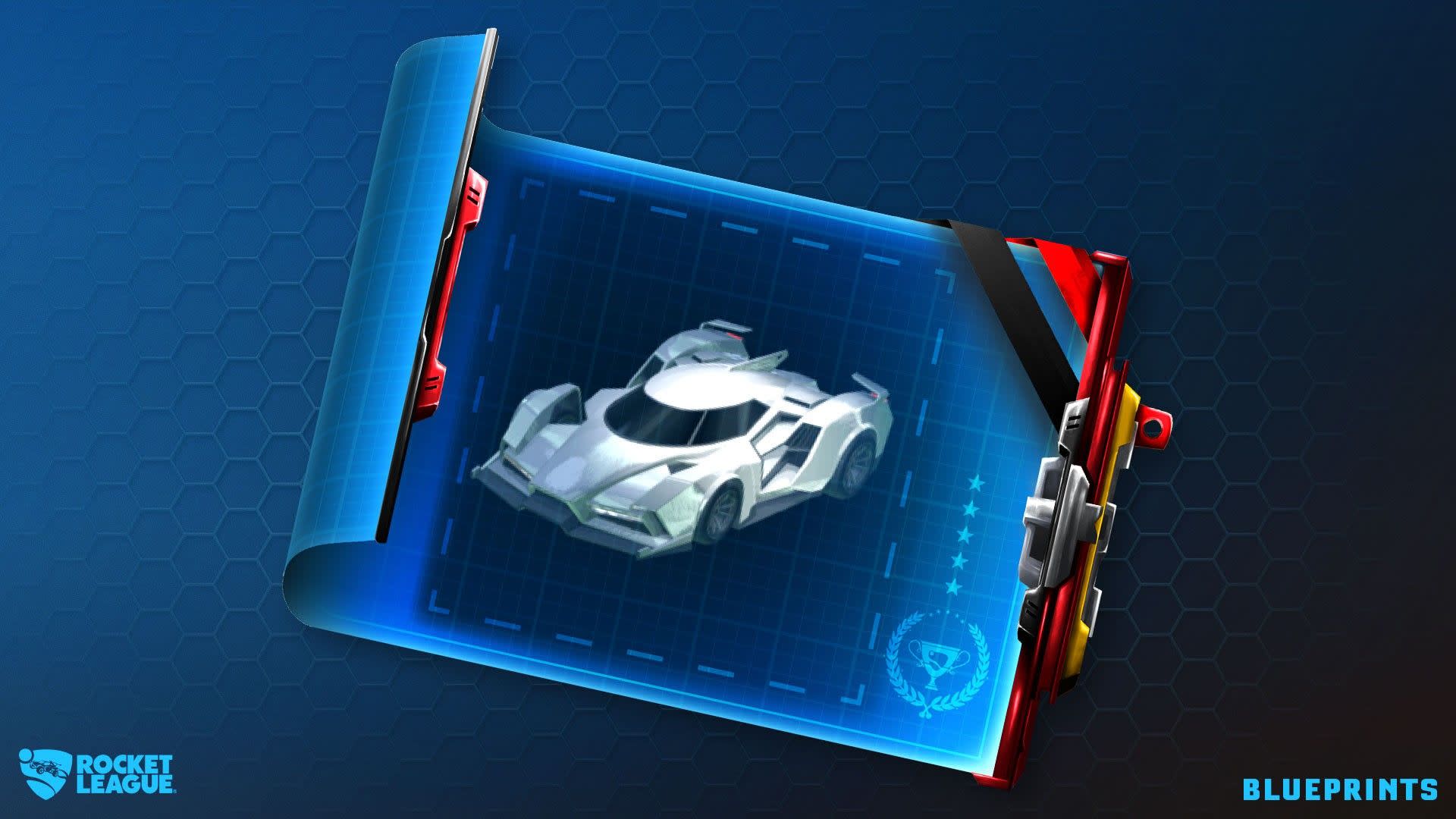 Rocket League developer Psyonix has revealed additional details about how the game's revised blueprint system will work when it launches next month. If you haven't followed Rocket League in a while, blueprints will soon replace the game's existing loot crates. They're designed to provide more transparency on the in-game items you can buy using real-world money. Each time you earn a blueprint, you'll be able to see exactly the item it unlocks. You can then either decide to purchase the drop or save it in your inventory to buy at a later date. Additionally, Psyonix revealed today that you'll also be able to trade any revealed blueprints, as well as any in-game items you used the schematics to buy, with other players.

To get everyone on the same page, Rocket League will convert any existing loot crates players have in their inventory to blueprints when the update goes live in December. When you launch the game, they'll be there waiting for you to reveal what they can turn into. The one thing to note here is that you can't trade a blueprint without first finding out what it turns into since that would go against the spirit of the new system.

Psyonix also revealed that you'll be able to trade credits, the new premium currency you need to unlock blueprints, in certain circumstances. The main takeaway here is that you'll be swap credits as long as only one player is offering the currency in a trade. Another important restriction is that you can't offer credits to another player for free -- you have to receive something as part of the transaction.

Decryptors, an item that allows you to open a loot crate without purchasing a key first, will be phased out as part of next month's update. If you happen to have any decryptors in your inventory, they'll be converted to bonus gifts, which you can open for free. Lastly, once the new in-game economy is up and running, you'll only be able to trade in items you got for free from a post-game drop. Rocket Pass items will still be ineligible for trade-ins.

As before, Psyonix thinks the new system is fairer to players while still allowing it to monetize its game. Loot boxes have for a couple of years now been a major source of controversy since many of them don't reveal what's inside.

In this article: av, gaming, loot box, loot boxes, loot crate, MicroTransactions, psyonix, Rocket League
All products recommended by Engadget are selected by our editorial team, independent of our parent company. Some of our stories include affiliate links. If you buy something through one of these links, we may earn an affiliate commission.