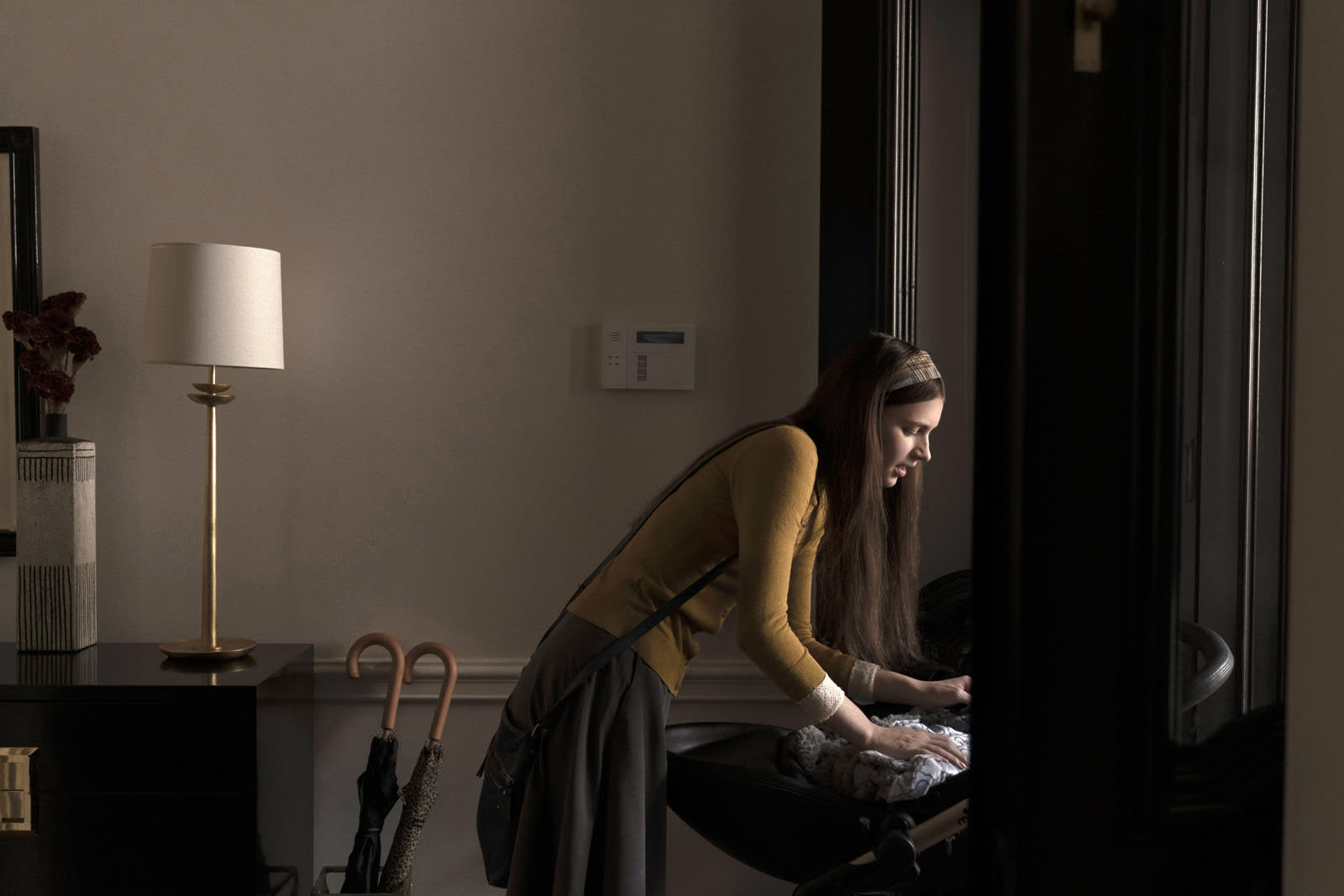 Apple is finally offering a full trailer for M. Night Shyamalan's Servant, and it's just as creepy as you might hope. The Apple TV+ series preview underscores the suspense as a couple, Dorothy and Sean, hires a nanny to take care of the (eerily realistic) baby doll they use to help Dorothy deal with the trauma of losing her newborn child. It's a strange enough situation by itself, but it threatens to become much worse as it becomes clear the nanny isn't just an innocent helper. And that's not including the strained relations between Dorothy and Sean -- what if Dorothy snaps out of her illusion?

The series premieres November 28th. It's potentially one of the more important additions to the Apple TV+ lineup. In addition to being one of the first series to debut post-launch, it's also Apple's first thriller. And then there's the matter of M. Night Shyamalan making a return to TV. His track record for producing movies has been hit-or-miss, to put it mildly, but he also hasn't produced much in the way of TV shows -- will Servant fare better? The trailer suggests it might, but Apple and Shyamalan will have a lot to prove with the full series.

In this article: apple, apple tv+, entertainment, horror, internet, M. Night Shyamalan, servant, services, shyamalan, streaming, television, tv, video
All products recommended by Engadget are selected by our editorial team, independent of our parent company. Some of our stories include affiliate links. If you buy something through one of these links, we may earn an affiliate commission.