This would be the first time an Uber product includes advertising.
C. Fisher|11.06.19
@cfisherwrites

You might soon see ads while you're looking for dinner in Uber Eats. The company recently posted a job listing, first spotted by TechCrunch, for an Uber Eats Ads Lead, and a spokesperson confirmed that Uber is exploring bringing relevant ads to Eats. So, while you're deciding where to order from, Uber could be tossing a few paid suggestions at you.

This is still a bit of an experiment. The job posting reads: "As this is a brand new space for Uber, you will be responsible for defining the vision for this new product area and determining where to start building." But it could be another way for Uber to generate much needed revenue. 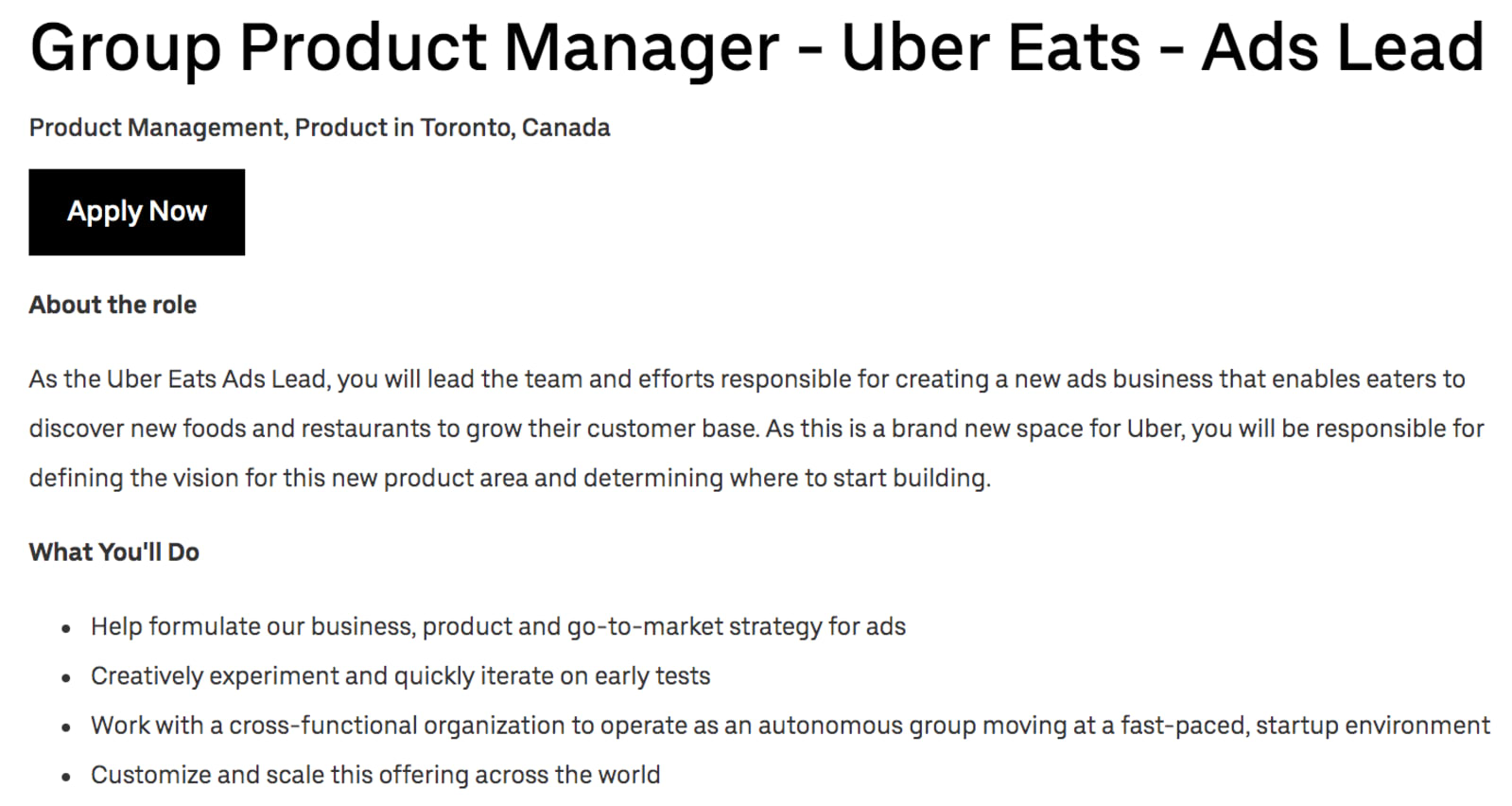 Advertising is not the only idea Uber is testing. Last month, the company announced a trial run for "Uber Moments," dining and cooking class experiences that users can book through Eats. It's also making a bigger push into financial services with its new division called Uber Money. Regardless of which experiments stick, it's clear that simply having 100 million users isn't enough.