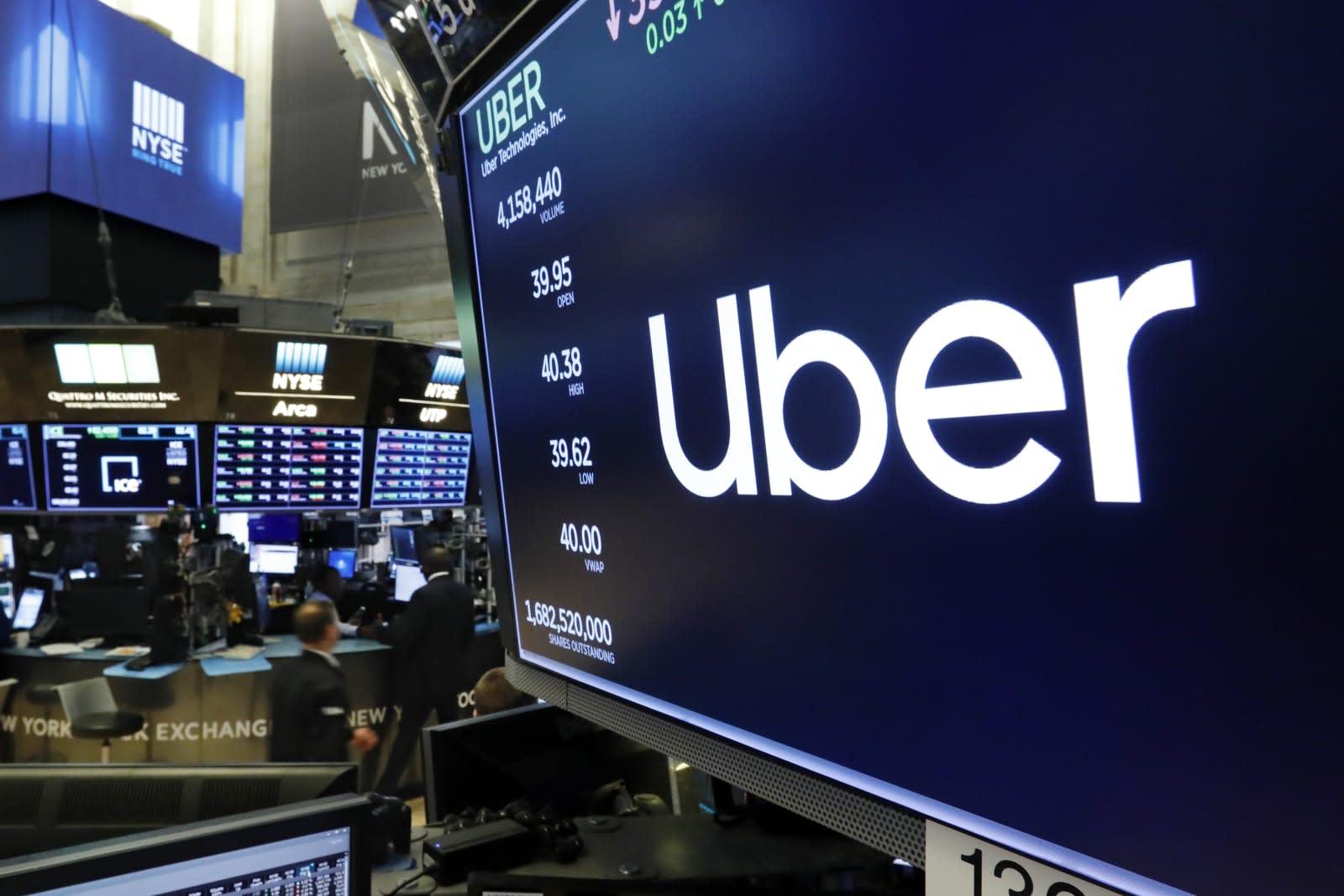 Uber might seem ubiquitous, but the ridesharing company is still growing, it reported in its quarterly earnings. In July, more than 100 million people took Ubers or used the company's services. That's the first time it hit that monthly milestone. Trips rose 35 percent in Q2 compared with the previous year, up to 1.67 billion. Revenue is up as well. At $3.17 billion, it rose 14 percent year-over-year, though it was lower than the expected figure of $3.36 billion and growth is slowed overall.

UberEats certainly boosted the bottom line, as it helped bring in new customers. The number of people Uber delivered food to over the quarter rose by 140 percent from Q2 2018. "Over 40 percent of new Eats consumers had never used Uber's platform before," the company said.

Uber's net loss over the quarter amounted to $5.24 billion, but that's perhaps not quite as bad as it seems on the surface. The majority ($3.9 billion) is a result of stock-based awards to employees after its IPO in May. It also doled out a $298 million "driver appreciation award" related to the IPO. Even discounting those, Uber lost over $1 billion for the second quarter running.

By way of comparison, rival Lyft reported its earnings yesterday. It posted record quarterly revenue of $867.3 million, up 72 percent year-over-year. It lost $644.2 million overall. Making more money off each rider helped, though. Over the three months, it had 21.8 million active riders. They generated an average of $39.77 each -- that's an increase of $1.91 per person from the previous quarter.

In this article: business, earnings, gear, transportation, uber, ubereats
All products recommended by Engadget are selected by our editorial team, independent of our parent company. Some of our stories include affiliate links. If you buy something through one of these links, we may earn an affiliate commission.