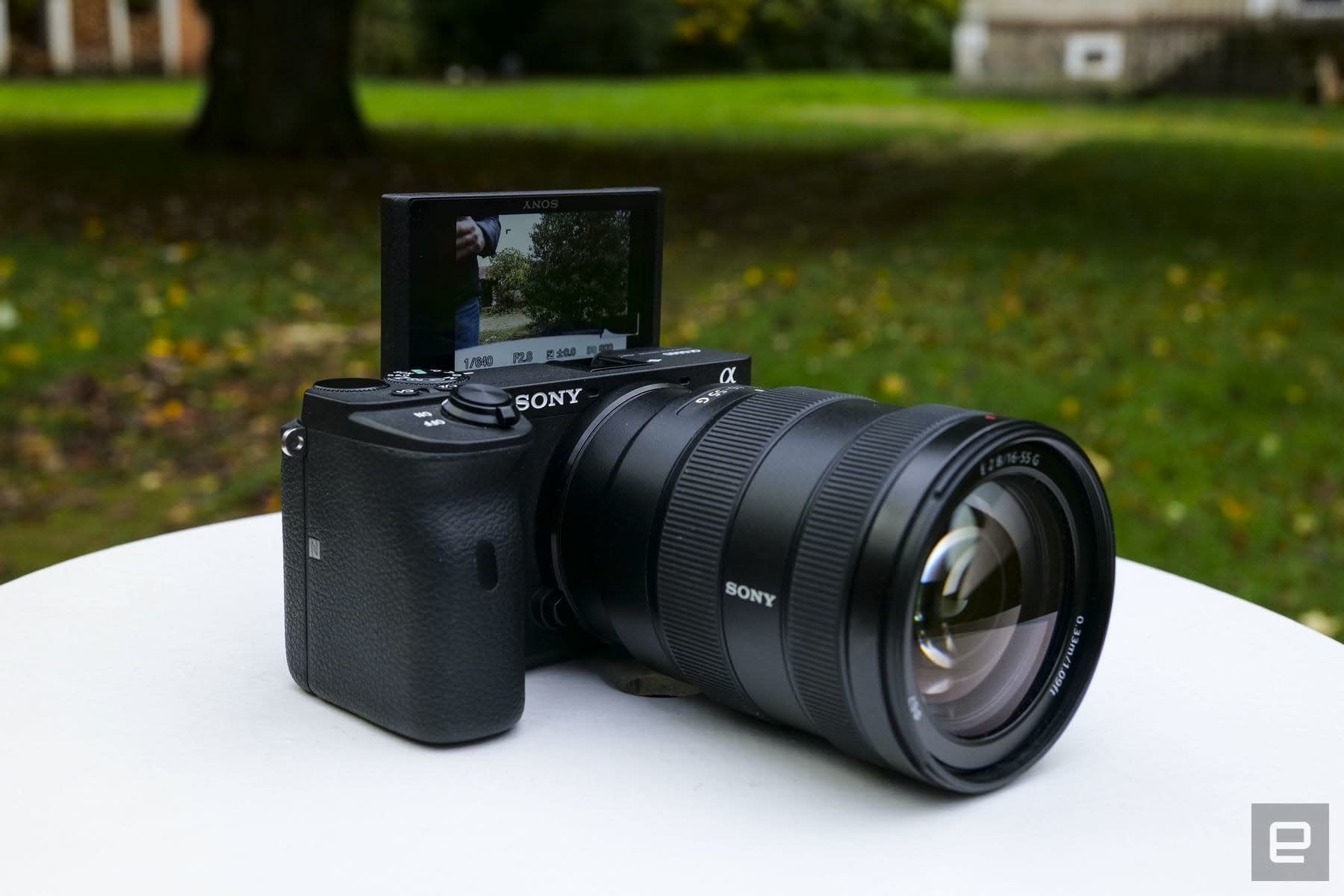 Sony A6600 review: A rare misstep for Sony's cameras

Incredible battery life and AI autofocus, but crippled by an old sensor and subpar 4K video.

As Sony's new flagship APS-C camera, the 24.2-meagpixel A6600 has a lot to live up to. First of all, it had to follow the A6500, launched in 2016 with innovative features like 4K 30 fps video, fast 11 fps shooting speeds, in-body stabilization and face- and eye-tracking. For a couple of years, nothing else on the market could touch it.

What's more, the A6600 arrived just after Sony's 61-megapixel A7R IV full-frame mirrorless camera -- possibly the best camera I've ever seen. From a competition standpoint, Sony is also under pressure to top Fujifilm's X-T3, which has a higher-resolution sensor, more 4K video features and much better handling than the A6500.

The A6600 has in-body stabilization, a key feature that its rivals lack, and packs other promising features like a bigger grip and battery, along with improvements to its famous AI-powered autofocus system. However, Sony did not upgrade the three-year old sensor. Can it can hold its own against its full-frame stablemates? Can it beat the X-T3? 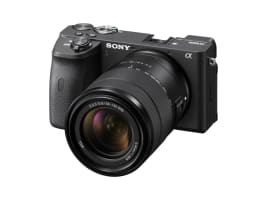 A lot of fans were hoping that Sony might reboot the A6500's rather plain, ergonomically-deficient body and go with something that looks more like the A7R III. That didn't happen. The A6600's body is pretty similar to the previous model, except for one important detail: a much bigger grip.

Unfortunately, that's where the ergonomic improvements end. The A6600 has the same button and dial layout as before, bar some minor nip-and-tuck work. That means it still lacks a front shutter/aperture dial and a joystick control for focus. It's inexcusable for Sony to leave those things out on a flagship, $1,400 camera, especially when you can find them on all its competition. 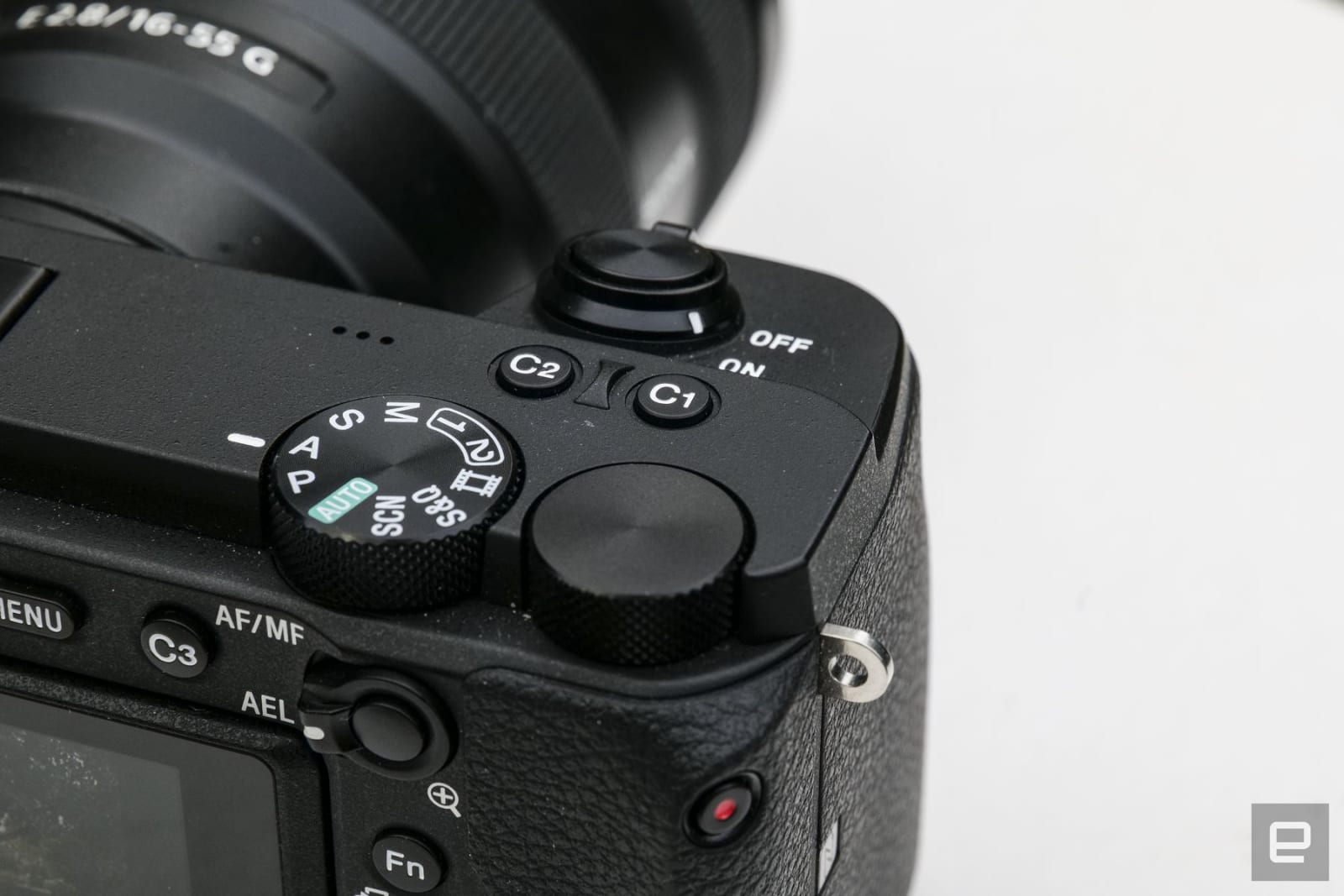 The A6600's menu system is roughly the same as before, which is to say, not good. Many functions are buried in the wrong menus, and require endless scrolling to find. Given that, and the lack of manual controls, using the A6600 was frankly a frustrating experience — especially after I had such a good time with the well-designed A7R IV. Oh, and on top of all that, the A6600 is still pretty ugly, too.

Another negative is the 2.36-million dot OLED electronic (EVF) viewfinder, which is also largely unchanged from the last model. It works okay, but feels out-of-date compared to the 3.69-million dot, blackout-free EVF on Fujifilm's X-T3.

The A6600 has just a single card slot, and worse, it only uses the UHS-I standard and not UHS-II with triple the speed. As I'll explain later, that can slow down shooting considerably. While this might have been acceptable three years ago, in 2019 the A6600 has to go up against the X-T3 and Panasonic's GH5, both of which have two fast UHS-II card slots.

On the positive side, the rear touch display now tilts up, making the A6600 more useful as a vlogging camera. You can also use it to choose autofocus tracking subjects, but unlike the touch displays on all its rivals, it can't be used to operate the main menu or even the quick menu.

Like before, the A6600 has a microphone input, and Sony has also added a headphone port. That's a nice addition, as serious videographers can monitor sound while they're doing interviews and other chores. 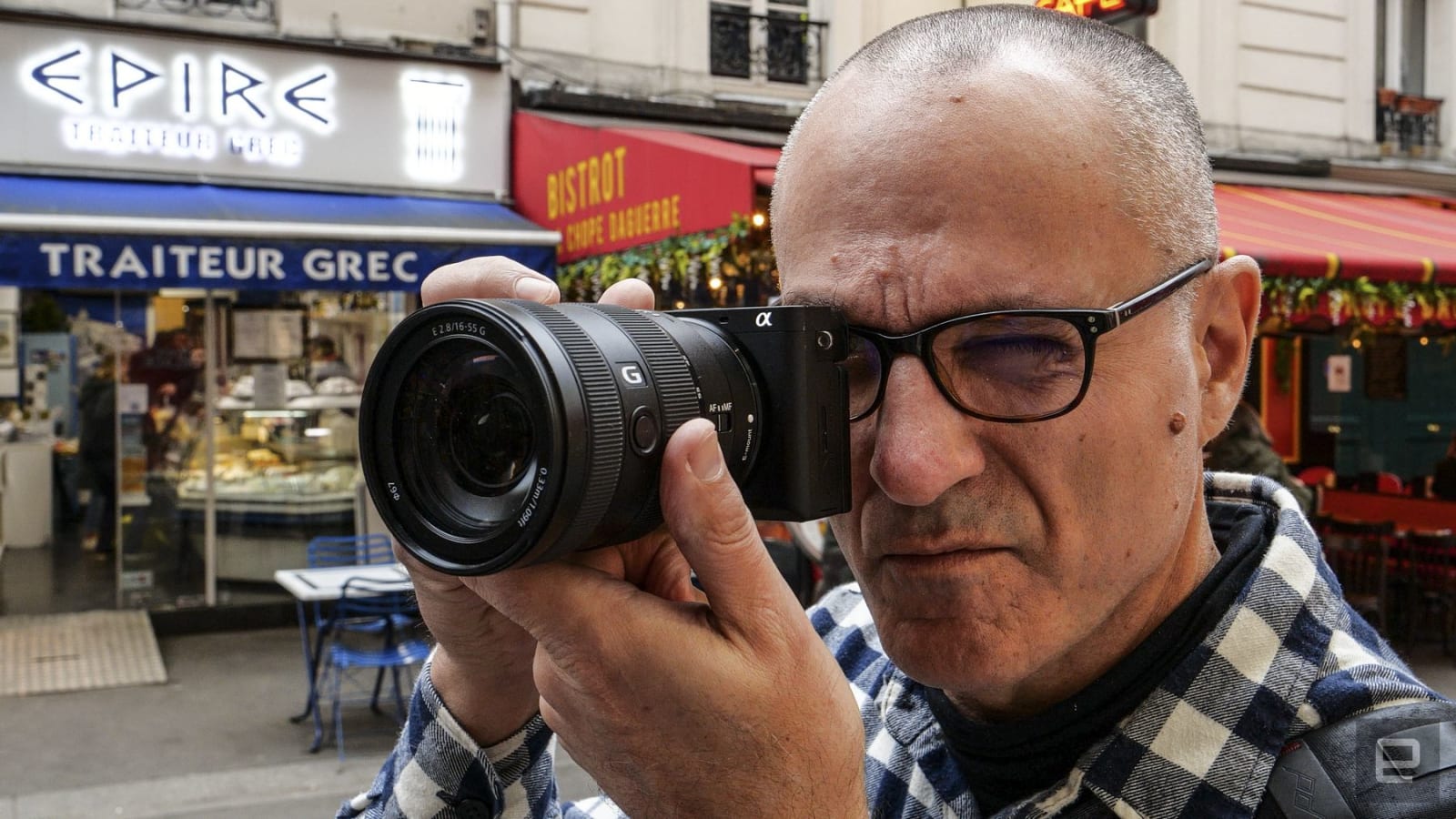 While ergonomics are not the A6600's strong point, it has excellent shooting speeds and, particularly, autofocus performance. It can handle bursts up to 11 fps with full autofocus and auto exposure, which is a bit slower than Canon's M6 Mark II (14 fps) and identical to the Fujifilm X-T3. However, in electronic shutter mode, the X-T3 can hit 20 fps, nearly doubling the A6600 burst speeds.

Sony's uncanny autofocus system, with 425 phase and contrast detect AF points, still delivers more in-focus shots than those models. The latest feature is what Sony calls "real-time tracking" and "real-time eye autofocus." What that means is that Sony has increased AF speeds to the point that you can touch to select a subject, and it'll track them in real time.

The face- and eye-detect systems are particularly good, staying locked onto your subject's face even if they temporarily move out of view. If you touch to select your subject, it tenaciously tracks them no matter where they go. I found that the only time subject tracking didn't work well was if they were particularly far away.

Overall, Sony still has the best autofocus and face-tracking AI of any APS-C camera. It was able to handle everything I tried, from tracking people playing at a pond, to a musical group in low light, to dogs running around. 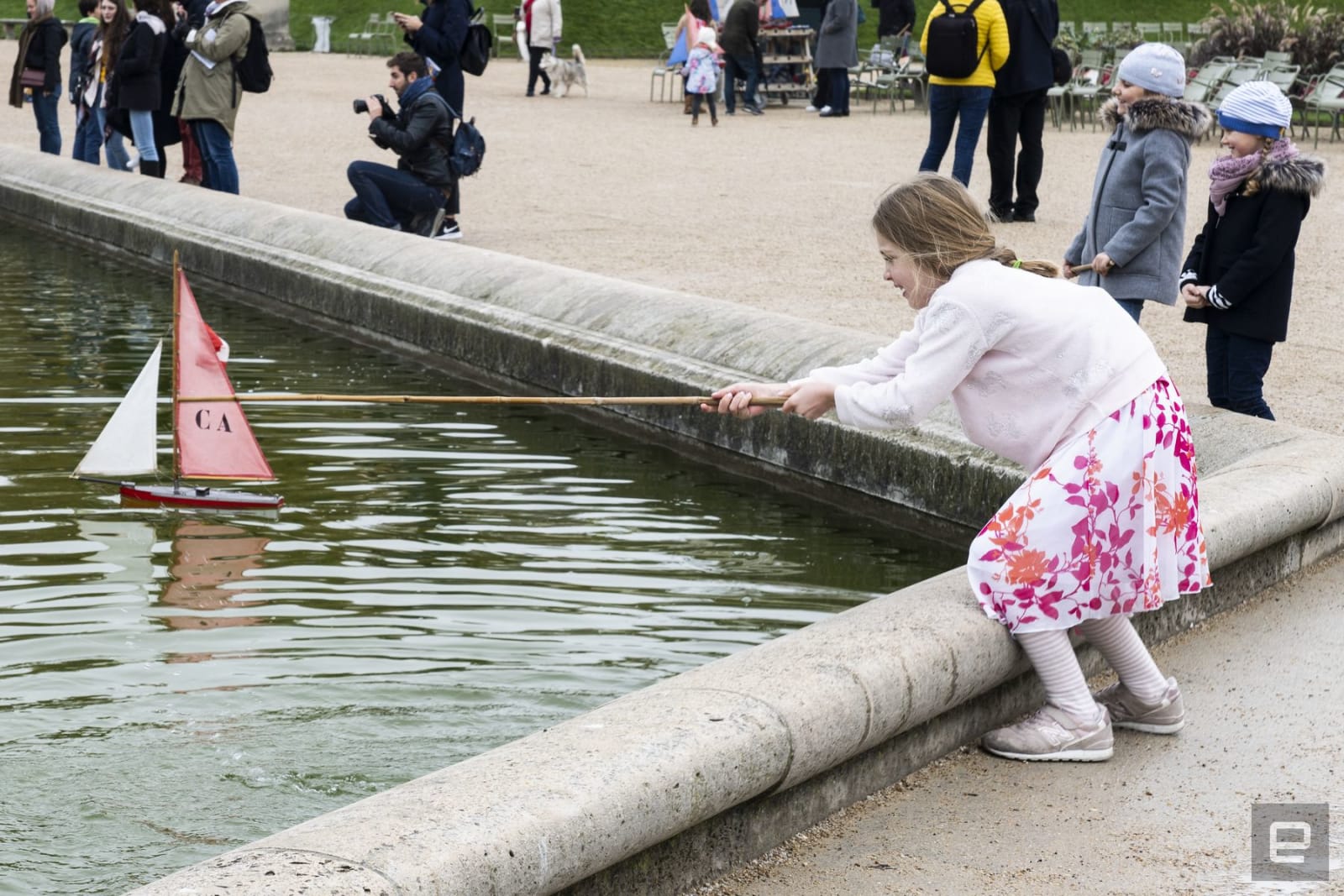 However, it's hampered by a couple of things. First off, if you need to be unobtrusive while shooting sports with the silent electronic shutter, you might end up with skewed shots because of the sensor's rolling shutter issue.

And while you can shoot pretty long bursts of up to 99 shots at maximum resolution, it takes ages and ages for the buffer to clear. That's likely because of the relatively slow write speeds from the UHS I slot that Sony inexplicably decided to use. When that happens, you can't shoot anymore and many of the camera's functions are inoperable.

Another issue with the burst shooting is the lack of a blackout-free EVF. That can make it hard to follow action in sports or wildlife — and that's the point of burst shooting and tracking autofocus. The X-T3, on the other hand, has no blackout in the viewfinder at the maximum 20 fps shooting speeds.

One of the Sony A6600's biggest advantages over similar cameras is the five-axis stabilization. The system lets you shoot in much lower light than would otherwise be possible. With five stops of shake reduction, I was able to take photos at shutter speeds down to around 1/15th of a second, provided my subject didn't move around much. On other cameras, including Nikon's Z 50 and the X-T3, you'll need to use lenses with built-in stabilization — and many of the best primes don't have that option. 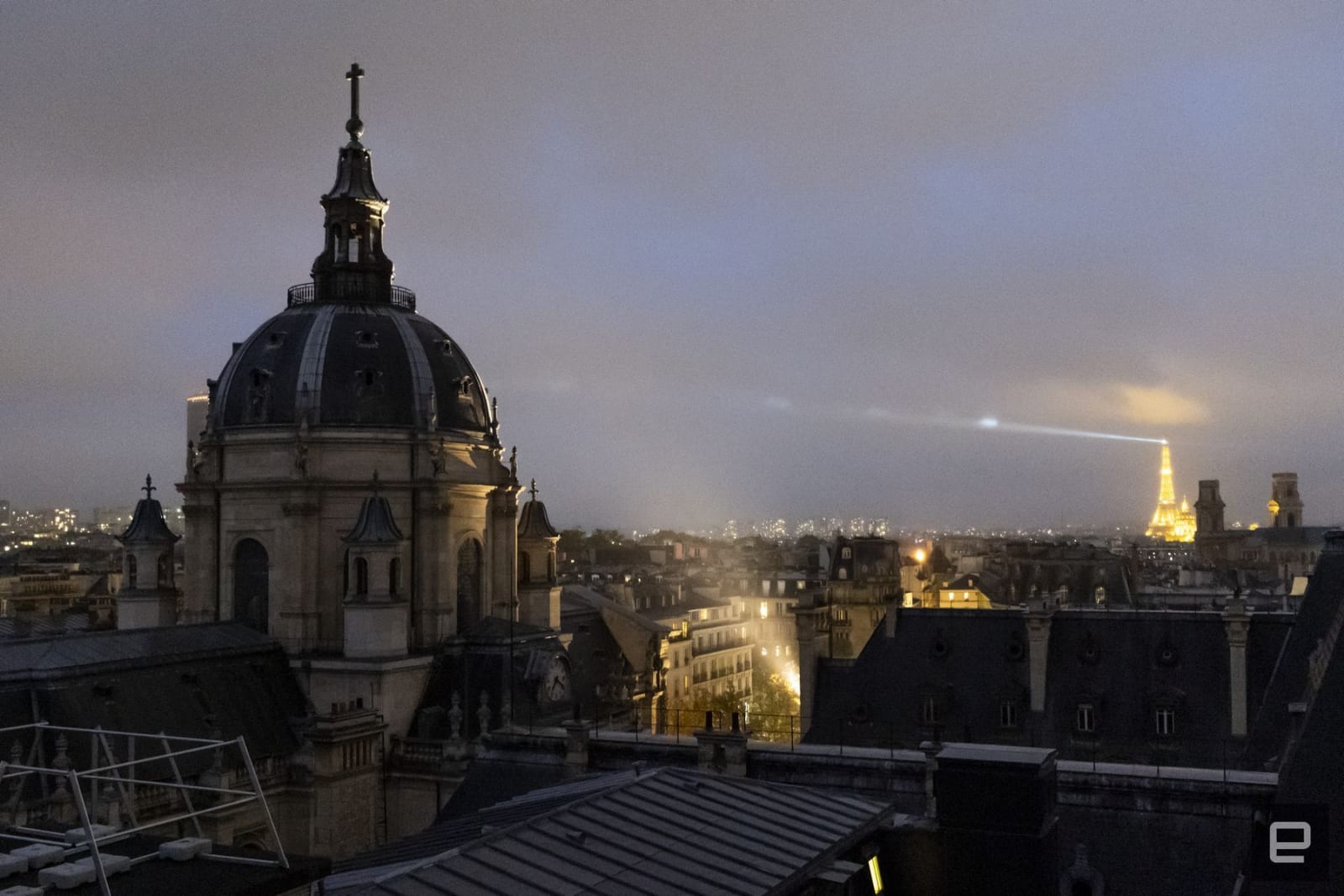 While it has the same sensor as the A6500, Sony did a good job sprucing up the A6600's image quality. It has a new Bionz X processor, and Sony rejigged the algorithms, using the same ones on the A7R IV, to improve the color accuracy and sharpness.

JPEGs straight out of the camera were sharp and had natural-looking colors, especially in the skin tone regions. With 14 stops of dynamic range, shadows and highlights were pleasingly smooth and not brutally cut off in tricky gradient areas. When working with RAW files, I was able to tease out detail in both shadow and highlight areas.

As far as low-light shooting goes, the A6600 is one of the best APS-C cameras on the market, with usable shots up to ISO 12,800 and beyond. Above that, you'll see a lot of noise in shadows, but well-lit areas still retain a surprising amount of detail. I took one photo in a train station at ISO 6400, and by cranking up the shadows, I was able to see the detailed brickwork in the ceiling without excessive noise levels.

Overall, image quality is a strong point on this camera thanks to Sony's faster processor and improved color science. Again, keep in mind the rolling shutter issues that can happen in electronic shutter mode. If you or your subject move around a lot, you're going to get skew that can potentially ruin a photo.

You still get sharp super-sampled 4K video, and with Sony's latest algorithms, colors and skin tones look realistic and natural. Sony also has added V-Log2 and V-Log3 options to maximize dynamic range in post. However, that feature is somewhat crippled by the lack of 10-bit output and low 100 Mbps bit rate, which means you'll have less flexibility when you go to adjust the footage. 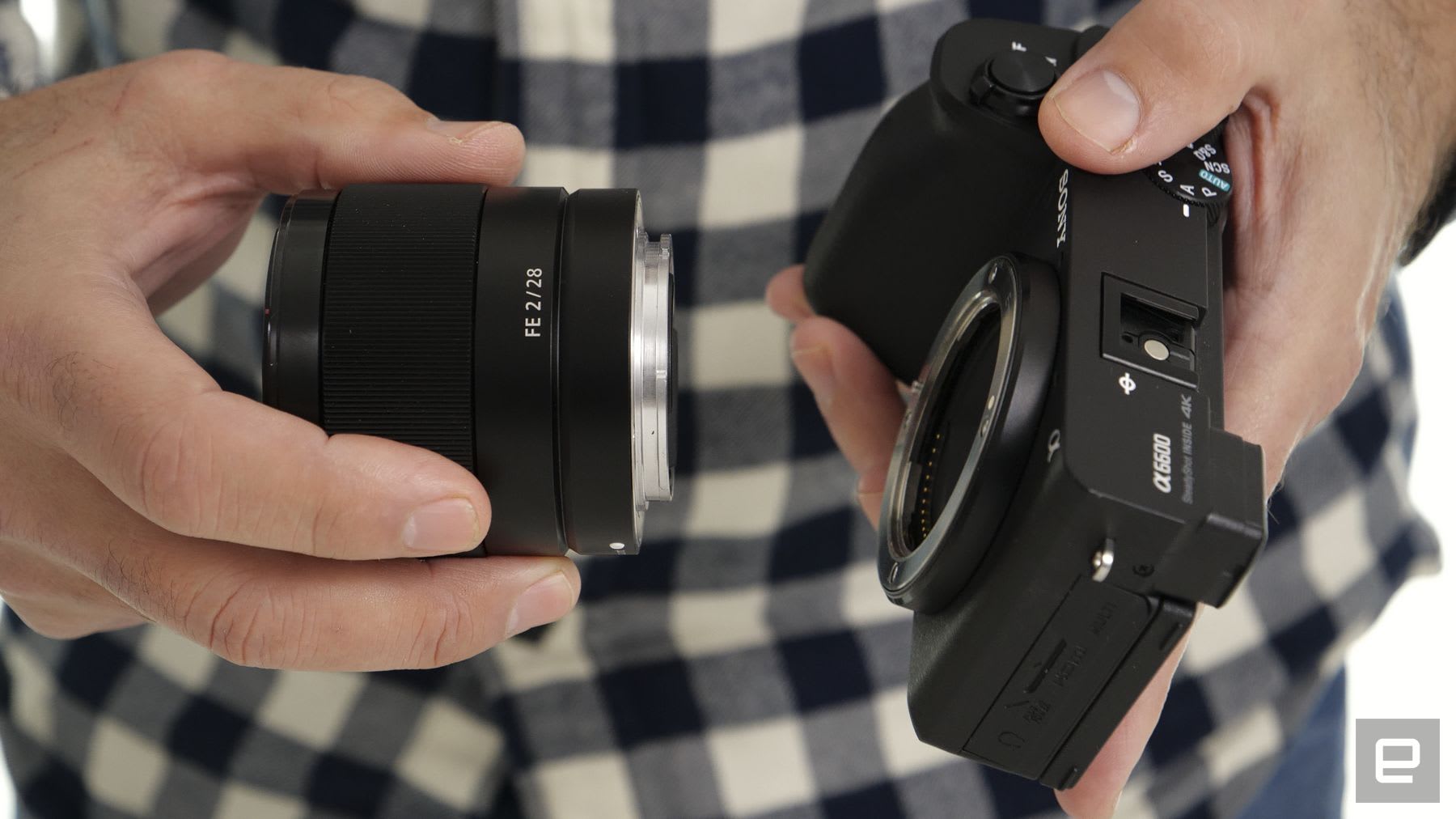 That said, Sony's excellent autofocus system is an advantage here. If you flip it into face and eye detection mode, you'll keep your subject in focus more reliably than on the X-T3. Despite the recent improvements, though, it still occasionally lost focus on my subjects. As such, Canon still holds a slight lead over Sony with its Dual Pixel autofocus system.

The A6600 is a decent vlogging and general-purpose video camera thanks to the flip-up screen and headphone output. I tried it out in face-detection mode, and at close vlogging range, it rarely lost focus. Because of the flip-up screen, however, you can't just mount an external mic on the hot shoe — rather, you'll need to get an accessory like Sony's shooting grip kit, including an external microphone bracket.

The biggest problem for vlogging, though, is (again) the rolling shutter. Unless you can walk a lot more smoothly than I can, any jolt will turn the video into a wobbly mess. For that reason alone, it's hard for me to recommend it for any serious vloggers — I'd get Panasonic's GH5 or GH5s instead. 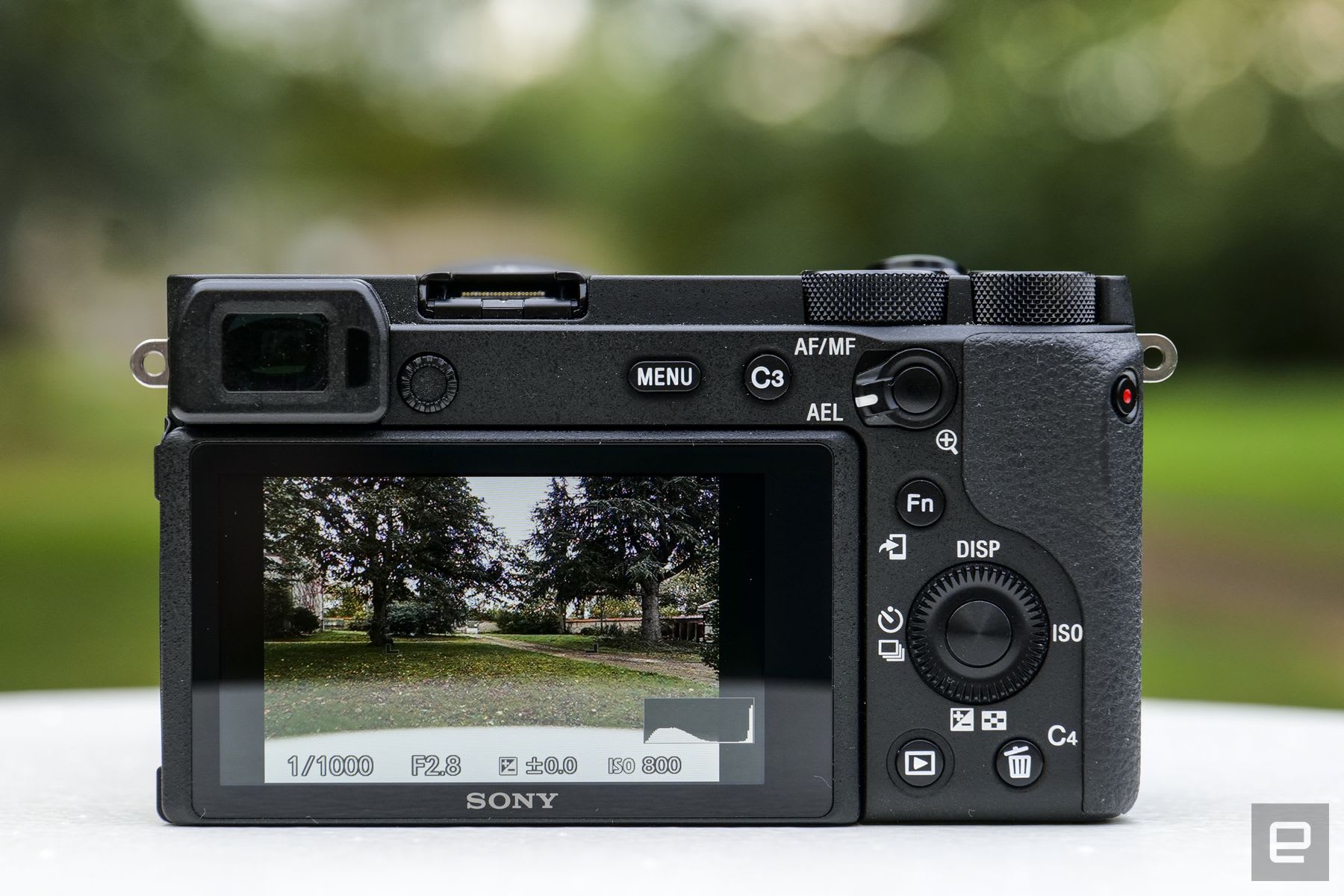 Given Sony's technical leadership in the camera industry, the release of the A6600 is a head-scratcher. If you were looking for a mirrorless APS-C camera three years ago, the A6500 was the best option, hands down. Now? I'm not so sure.

Sony did make a few decent improvements, adding real-time tracking and real-time eye AF to its class-leading autofocus system. It's nice to have a bigger grip and incredible battery life for both photo and video shooting. And the five-axis in-body stabilization gives the A6600 a leg up on its rivals, particularly when using un-stabilized prime lenses.

However, it's bizarre that Sony didn't update the sensor over the last model, considering that it's the world's leader in sensor technology. The bad rolling shutter was the biggest weakness of the original A6500, and it's now back to haunt the A6600. In 2019, it has to compete against the X-T3, Z 50, Canon's M6 II and Panasonic's GH5, none of which have rolling shutter that's nearly as noticeable. I also wish it had two faster card slots and more advanced 4K options.

If you're looking to spend $1,400, I'd get the X-T3 instead, which is a better all around camera. If it's resolution you need, take a look at Canon's M6 Mark II which is cheaper ($1,050 with the EVF) and can also shoot faster. If you're okay with a smaller Micro Four Thirds sensor, Panasonic's $1,500 GH5 is still the best video-centric mirrorless camera out there, especially with recent AF firmware updates.