It now also has queue features.

You might notice a cleaner yet richer look the next time you visit YouTube on a computer or a tablet. The video-sharing platform has started rolling out a new design for its desktop and tablet homepage, which features richer thumbnails and higher resolution video previews. It has also removed some video rows to make the homepage less cluttered, but it has added channel icons below each video to give you a quick way to recognize your favorite creators.

Here's a potentially better news if you usually watch YouTube on a PC instead of on a mobile device: the Google subsidiary has finally introduced "add to queue" on desktop. You'll be able to add a video to your list straight from its preview thumbnail, and you can keep adding more without interrupting whatever it is you're watching -- just make sure not to close your browser tab, because your list will also disappear. 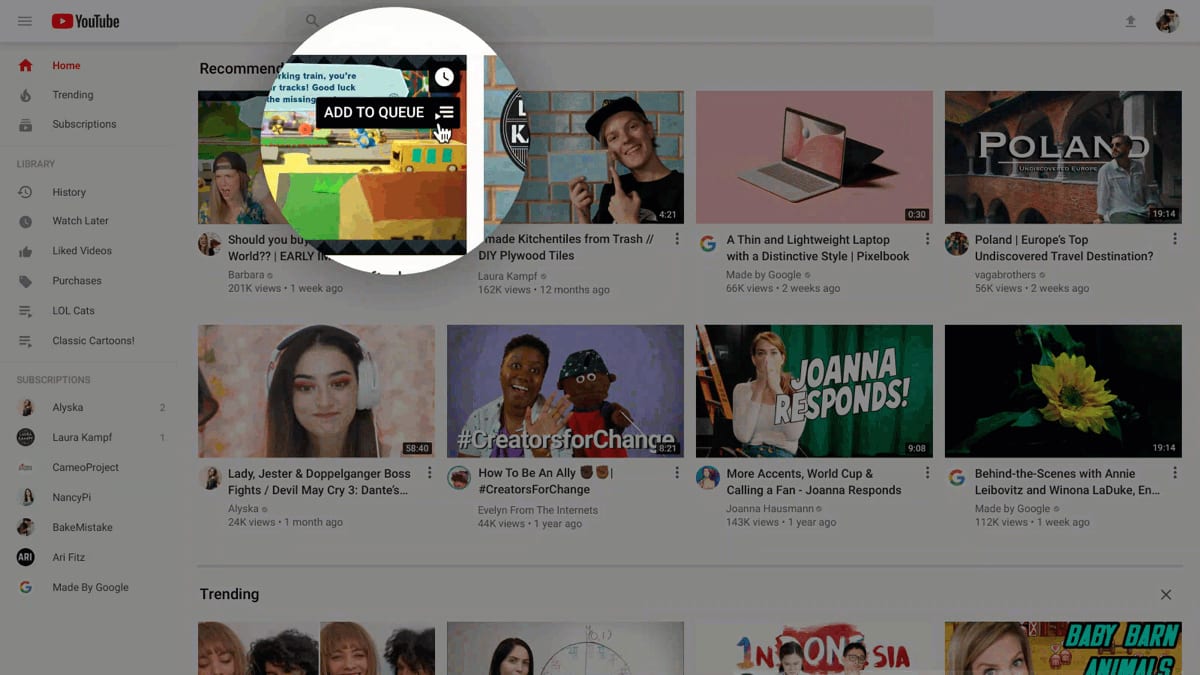 If YouTube's algorithm has been showing offensive, unpalatable videos on your recommendations list -- an issue the platform has been struggling with for a while now -- you can use the desktop version's new feature to fix that. On the homepage, simply tap on the three-dot pull-down menu at the bottom of a video and choose "Don't recommend channel." YouTube originally launched the feature on mobile back in June.

In addition, the company promises to bring another mobile-first feature to desktop and tablets that will let you choose your favorite topics. After it arrives, YouTube will use the topics you choose to customize your Home feed and fill it with relevant videos. The feature debuted on Android in June and will be available on desktop "soon."

All products recommended by Engadget are selected by our editorial team, independent of our parent company. Some of our stories include affiliate links. If you buy something through one of these links, we may earn an affiliate commission. All prices are correct at the time of publishing.
YouTube for desktop adds richer video previews and easier channel muting
entertainment
google
internet
youtube