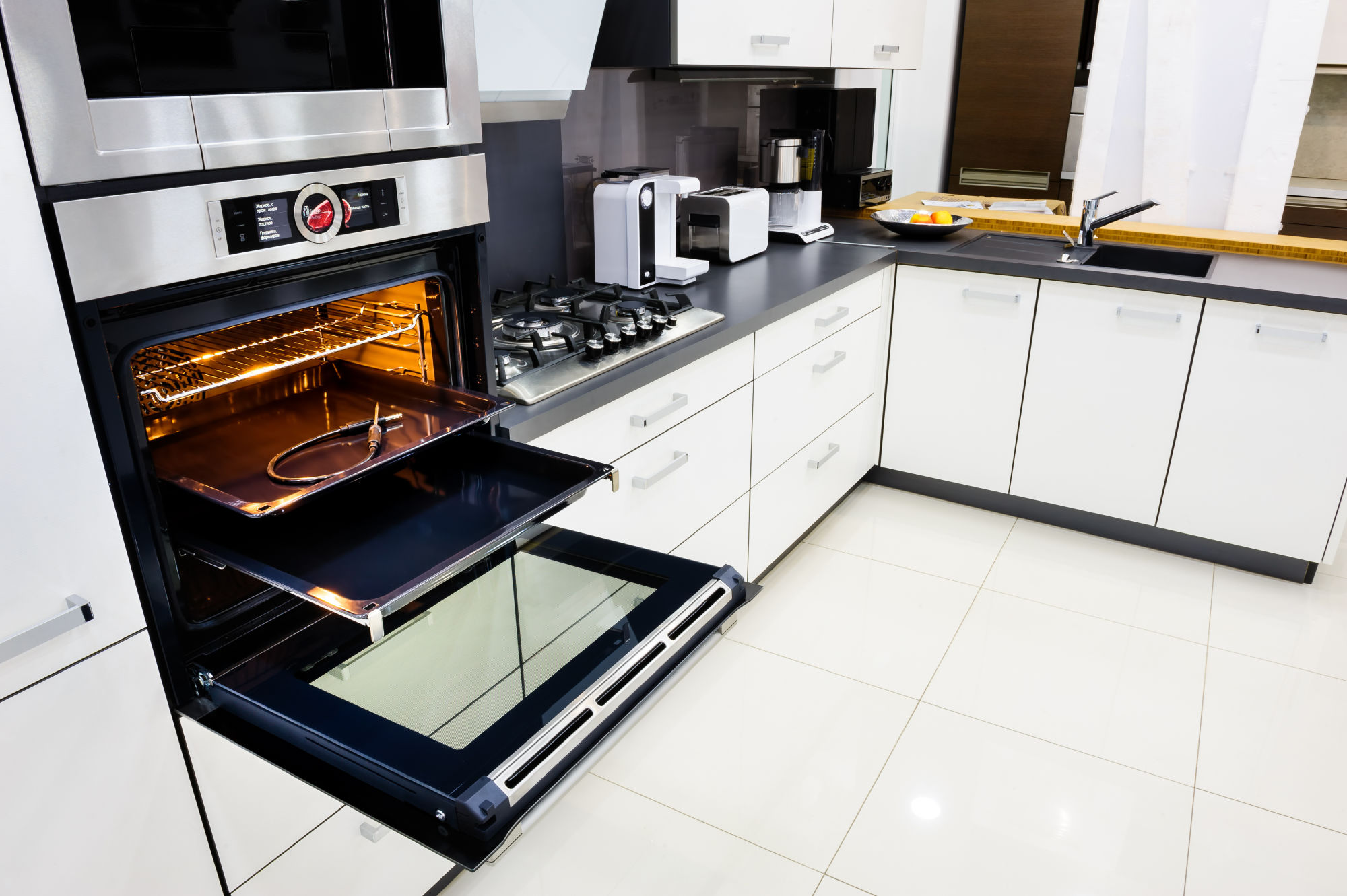 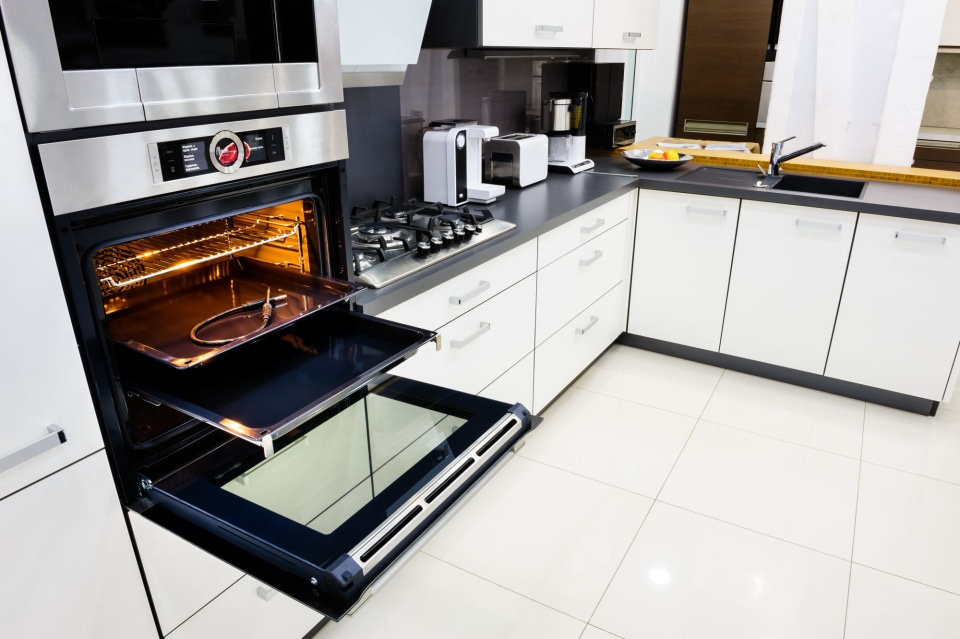 I don't think of cooking as a production or a nuisance so much as a sporting event, and holiday meals take the place of the Super Bowl. In our house, my husband Marcus and I train for months, testing out different recipes, techniques and timings so that on the big day no one runs out of steam at 2PM when it's clearly going to take another 10 hours to serve dinner.

"Who are you competing against?" a possibly saner person might ask. If it's a potluck, the answer is apparent (everyone). When you're hosting, it becomes an internal sort of competition. In the perfectionist's case you can never really win, even if everyone says they love your slightly burnt pie crust and don't at all mind eating Christmas lamb at midnight.

Now don't take that admission as failure, because I've been training for the holiday season for decades. And after many, many missteps I've ultimately created a playbook of tech-enabled tricks.

For example, I can't remember the last time I cooked a turkey in the oven. At our house, I use an Anova sous vide to make the most tender, juicy white meat I've ever tasted. Before you imagine me gently lowering a raw, naked bird into a bathtub full of circulating water, let me specify that unless you're hosting a large group, a turkey breast or two will do the trick.

Simply place a skin-on, bone-in breast half (about three pounds) into a freezer bag with olive oil, salt, pepper, and herbs like rosemary and thyme. Then sous vide it for about three hours, anywhere between 130 and 145 degrees depending on how pink you like it. After those hours are up, heat a skillet (I like Le Creuset's cast-iron options) to scalding, then carefully place the breast skin-side down to sear it. Plan for about three-quarters of a pound per person. For a bigger group you might need to prepare multiple halves this way, making sure the meat is in a single layer in the sous vide so that it cooks evenly. Your guests will be delighted.

At $99, this small but powerful sous vide cooker heats quickly, controls temperatures well and comes with an accompanying app to adjust temperatures from afar (or, um, the couch). It's a nice perk rather than a must-have. However, it only has 750W of power versus other precision cookers' 1,200W, which means if you're cooking large quantities, you'll have to wait longer for the water to heat up.

Every kitchen should have at least one cast-iron skillet, and this one is sturdy enough to last for decades, even if a mid-range version costs around $50. The first thing to do when you get any cast-iron pan is season it (i.e. bake small amounts of oil into it so that it becomes an essentially nonstick surface), and this one handily comes pre-seasoned. We're sure your secret salt-and-pepper meat rub will take it to the next level though.

Of course, you can also put the Instant Pot -- everyone's favorite kitchen gadget -- to work. I use it to make mashed potatoes -- Marcus' favorite part of the holiday meal and the dish I've hated since I was a kid. (I've always loved Brussels sprouts though. Go figure.) Marcus likes to say that makes me not a true American yet I faithfully make this dish each year.

Some might recommend using a pressure cooker because it cuts down on time, but I prefer it because it concentrates the potatoes' flavor. Russets or Yukon Gold are the best types to use because their high starch content makes for creamier results. Peel and slice those suckers evenly, then slap them into the cooker's steamer basket with a little water in the bottom of the machine and cook on high for five minutes or so. Be sure to use a ricer afterward to keep them fluffy -- not gluey the way a food processor might -- and add plenty of butter and half and half. We keep a strict ratio of half potato/half dairy in our house.

With an impressive cult following, the Instant Pot has transformed the plug-in pressure cooker into the It gadget of the 21st century. For only $65, it pressure cooks, slow cooks, sautés, and even makes lube. It's got self-regulating safety features and is dishwasher safe although it can be a chore to clean all of its bits and bobs.

It's also not the holidays without traditional green bean casserole with those weird, dehydrated onions on top. I update the dish by abolishing all canned vegetables. You'd be amazed what flavor fresh beans lend to a classic.

Every authority will tell you to blanche most greenery in salt water before cooking it, because the high temperatures and sodium break down the pectin in the cell walls, leaving softer vegetables behind. But it's so retro to heat a big pot of boiling water, and it takes forever. I like to use one of my many electric kettles to boil water at the same time as I heat up more on the stove -- a basic hack, for sure, but one of the most useful time-savers I know of. This way the pot is ready in less than five minutes.

Put a rubber band around the beans so you don't spend forever fishing them out, dump 'em in, and then shock them in ice water a few minutes later to stop the cooking process. Snip them quickly using kitchen shears rather than a knife and cutting board (also a good trick if you're making stuffing). Just don't tell me if you use canned cream of mushroom soup in the finished product.

If you're going to get an electric kettle, you might as well get the most useful one out there. Coffee aficionados prefer this gooseneck variety, at $51, because it gives you the most control over your pour, heats quickly, and is adjustable in increments of one degree.

Whether you're snipping rosemary sprigs or spatchcocking a chicken, it comes in handy to have a quality pair of shears made specifically for the kitchen. Oxo's stainless steel ones do the trick, with micro-serrated blades that don't slip and are strong enough to cut through meat bones. It's also always satisfying to separate the blades easily and throw them in the dishwasher after you're finished cooking. Just handle the sharp blades with care.

To confirm our assumption that we're not too basic, for dessert we eat Southern sweet potato pie rather than pumpkin. Make sure to sous vide the potatoes for a few hours before mashing them to break down their starch molecules into maltose.

For the crust, I like to mix things up in a food processor because those blades are designed to evenly combine butter with the dry ingredients. Pulse it a few dozen times and voila! I also recommend tongs for making a pretty pattern around the crust edge rather than my clumsy fingers.

Sure, you could get the cheapest food processor available, but as someone who has had multiple processors break down mid-hummus making, I can say it won't puree as well and the motor will slow down over time. At $150, Cuisinart's 14-cup model pummels your ingredients into subservience but also comes in a variety of cute colors.

These excellent tongs make easy work of picking up heavy ingredients like meat as well as delicately turning light ingredients like kale chips (don't judge). Plus they don't absorb much of the heat from the dish you're cooking. They might become your most cost-efficient kitchen tool yet.

It's usually about 11PM by the time I'm pressing pastry, but no one seems to mind. It's most often my fault too, because I haven't managed to follow my own advice and instead have opted to make eight different pies, each with a different tessellation design on the crust. Still, I console myself. Marcus says he's become acclimated to eating late at night, and reassures me that if cooking were a dance-a-thon, I'd be the last woman standing.

In this article: design, entertainment, food and drink, food-and-drink, foodanddrink, gadgetry, gadgets, gear, hgg2019, home, thebuyersguide
All products recommended by Engadget are selected by our editorial team, independent of our parent company. Some of our stories include affiliate links. If you buy something through one of these links, we may earn an affiliate commission.