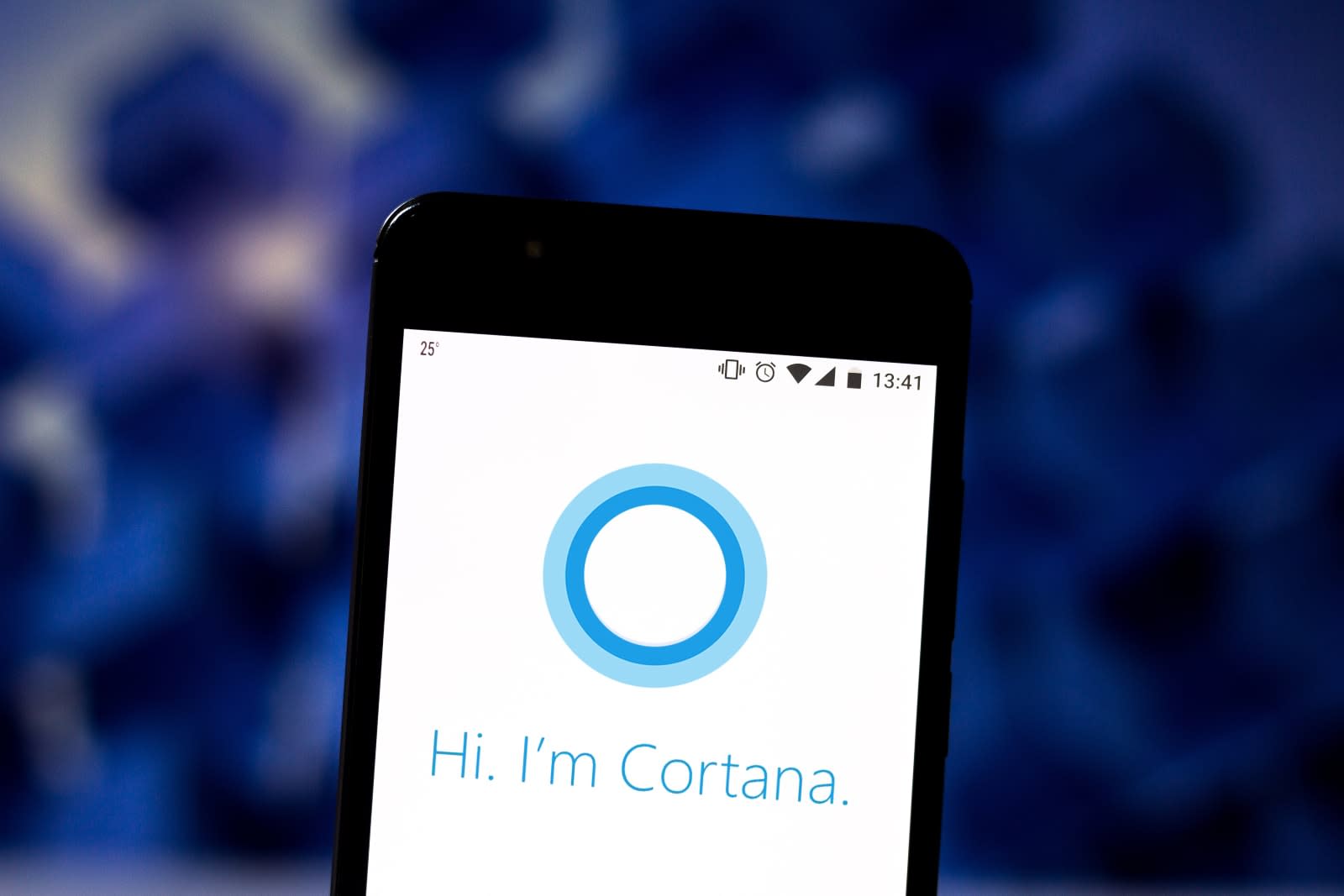 Microsoft's changing Cortana strategy is about to have consequences for some phone users. The company has revealed that the Cortana app will stop working after January 31st, 2020 for people in Australia, Canada and the UK. Lists, reminders and other Cortana content won't pop up in either the app or Microsoft Launcher, and a version of the Launcher will arrive after January with Cortana removed. You can still expect Cortana material to show up in the To Do app, but you won't have a central place to create it on your phone.

It's not certain if the shutdown will affect the US or other countries. We've asked Microsoft for more details.

The company isn't shy about its reasoning. It's moving Cortana into Outlook and other Microsoft 365 productivity apps, and shying away from its original attempt to position the AI helper as a direct rival to other stand-alone voice assistants. It's even giving Alexa prominent support in Windows. Cortana will carry on -- but you may have to change your habits if you want to keep using it.

Update 11/16 6:35PM ET: Microsoft tells Engadget that the Cortana app is also shutting down in China, India, Mexico, Germany and Spain. It's not a small move, then, even if the US and other countries aren't affected.

In this article: ai, android, app, artificial intelligence, australia, canada, cortana, gear, internet, ios, microsoft, microsoft launcher, mobile, uk, voice assistant
All products recommended by Engadget are selected by our editorial team, independent of our parent company. Some of our stories include affiliate links. If you buy something through one of these links, we may earn an affiliate commission.