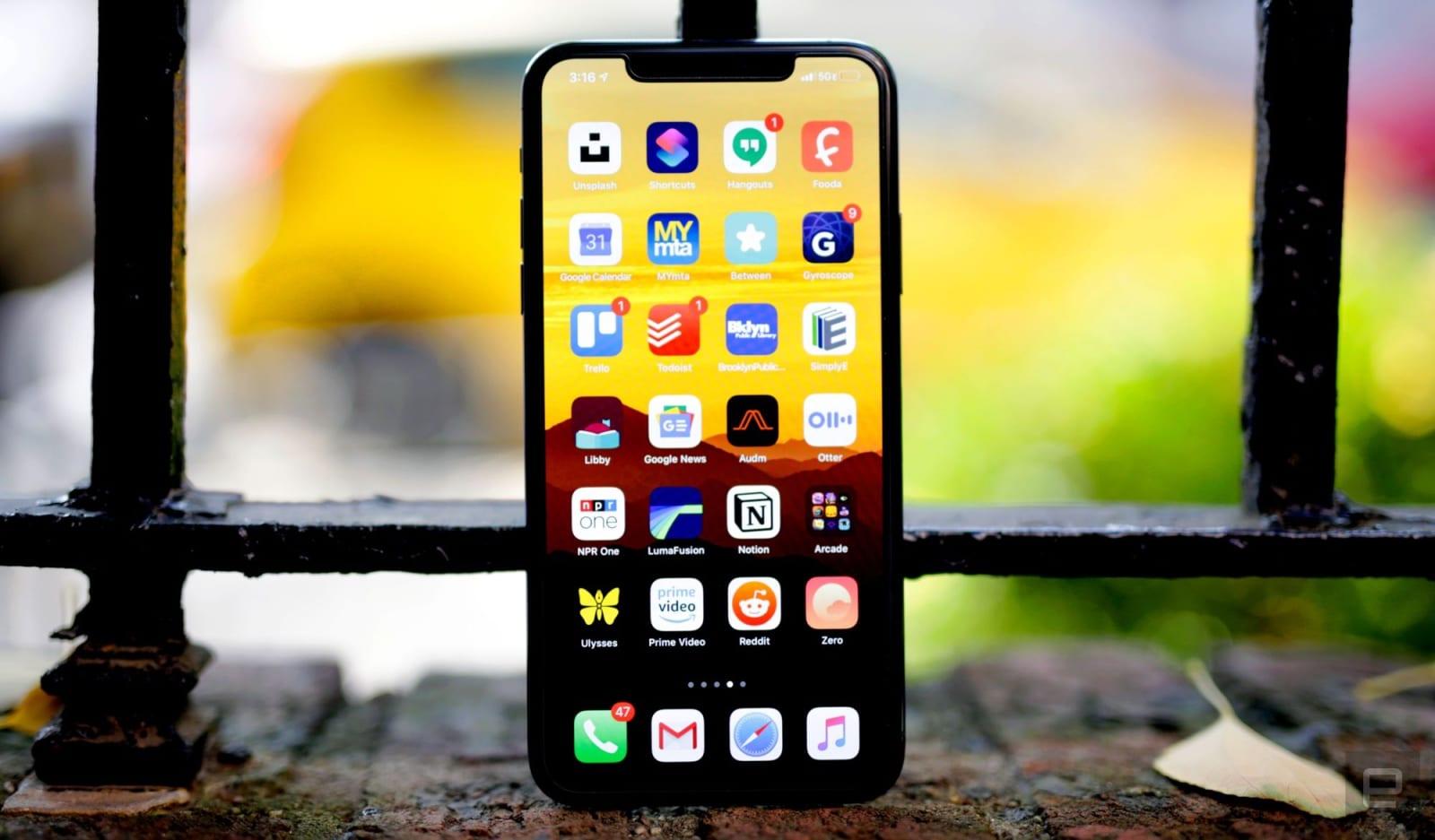 Apple is reportedly changing the way it tests new versions of iOS and iPadOS. According to Bloomberg, the company will now work on test versions, or "daily builds," with incomplete and bug-riddled features turned off by default. Internal testers will be able to turn them back on, however, through a new section of the settings app called Flags. In theory, this will help the company to identify when a newly-added feature or line of code isn't working properly, and issue a fix before it's accessible to external developers and customers. We've reached out to Apple to confirm the new development strategy and will update this piece if they respond.

The in-house switch-up isn't surprising: iOS 13, the latest version of Apple's smartphone operating system, was a bug-riddled mess at launch. Engadget's Chris Velazco observed "a handful" of issues with the standard iOS 13 release across multiple iPhone handsets. These included a camera app that wouldn't launch correctly and an operating system that couldn't decide when the flashlight was actually on. Apple released iOS 13.1 less than a week later with an eyebrow-raising 24 bug fixes in the changelog. The next update, iOS 13.2, introduced an overly-aggressive RAM management system that had to be fixed with 13.2.2. Even more bugs were ironed out with version 12.2.3, which was released earlier this month.

The issues haven't been extensive enough to trigger a mass switch-away from Apple's hardware ecosystem. They have contributed, though, to a growing sense that Apple-made software and firmware isn't as polished as it used to be. As Bloomberg notes, this can be partly attributed to the growing complexity of smartphone and tablet software. Customers rightfully expect a reliable and responsive operating system, though -- especially when they've just spent $700 or more on a new device.

According to Bloomberg, the new development strategy will apply to all of Apple's platforms including iPad, watchOS, macOS and tvOS. The company is already using the new process for iOS 14, codenamed Azul, and has debated pushing some of the update's features into iOS 15, due in 2021.

In this article: apple, bug fixes, bugs, business, development, gear, iOS 13, iOS 14, services
All products recommended by Engadget are selected by our editorial team, independent of our parent company. Some of our stories include affiliate links. If you buy something through one of these links, we may earn an affiliate commission.