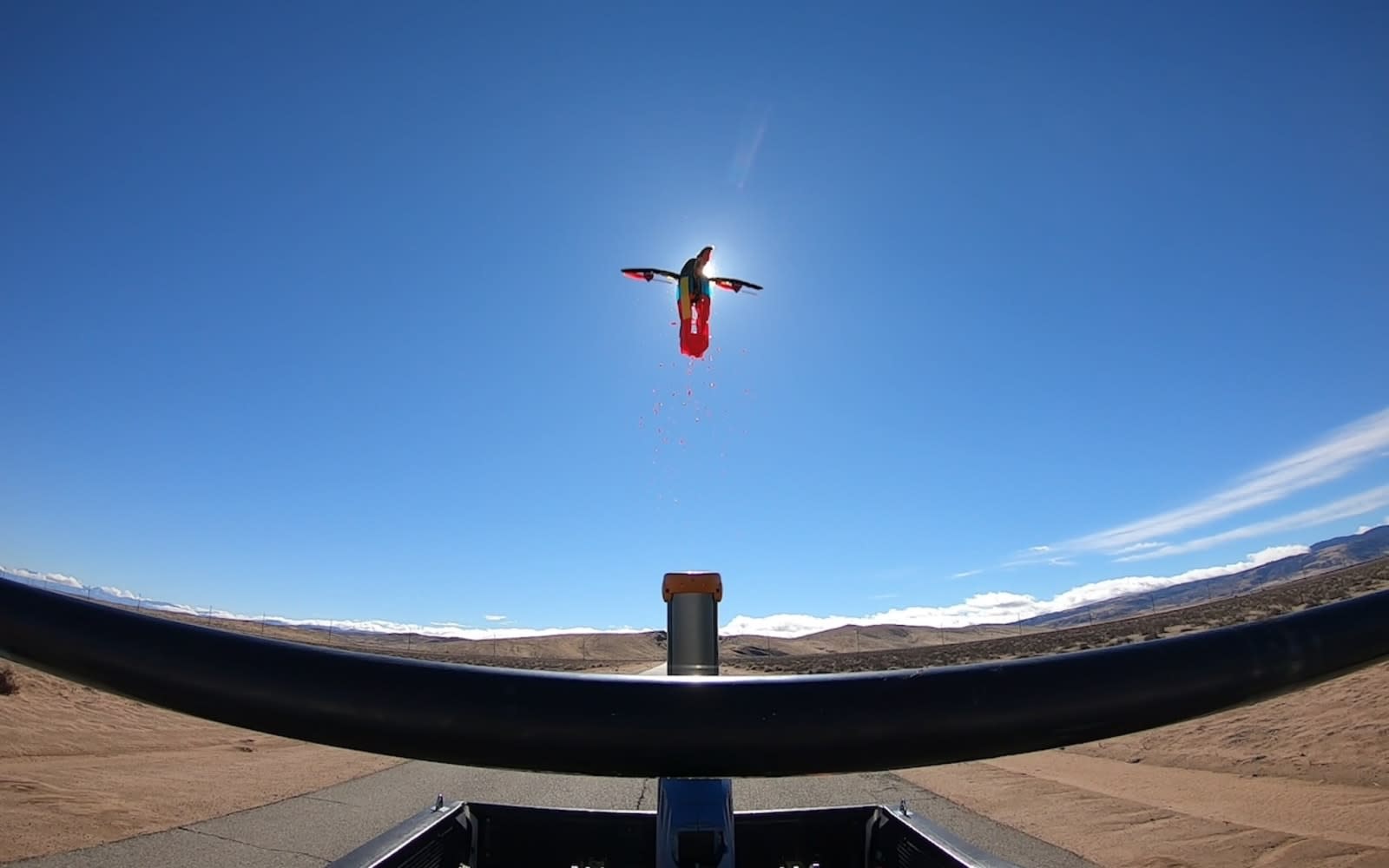 Researchers launched a drone from a pneumatic baseball pitching machine strapped to a truck traveling 50 miles per hour. They hope this ballistic launch method might lead to drones that are better suited for emergency response and space exploration missions.

The Streamlined Quick Unfolding Investigation Drone, or SQUID, was developed by Caltech and NASA's Jet Propulsion Laboratory (JPL). When folded, the quadrotor looks something like a football. SQUID is loaded into what's essentially a cannon and blasted into the sky. It then deploys its rotors and is able to maintain stable, controlled flight. According to a paper on the prototype, "the design is 3D printable, launches from a three-inch diameter barrel, and has sufficient thrust to carry a significant payload."

If you've flown a drone, you know that takeoff is one of the most difficult phases of flight because the drone has to clear so many obstacles. But if you launch the drone into the air before it starts flying, you can avoid many of those obstacles. That could be especially useful in space, for instance, or when emergency teams are launching a drone from, say, a ship.

The current design is 27 centimeters long and has an 8-cm diameter, weighing in at 530 grams. For now, the drone is intended for research purposes, but it's only a matter of time before a commercial drone-launching cannon hits the market.

In this article: 3d printed, ballistic, caltech, drone, emergency response, gadgetry, gadgets, gear, Jet Propulsion Laboratory, jpl, launch, nasa, prototype, quadrotor, robots, space exploration, squid, streamlined quick unfolding investigation drone, tomorrow
All products recommended by Engadget are selected by our editorial team, independent of our parent company. Some of our stories include affiliate links. If you buy something through one of these links, we may earn an affiliate commission.