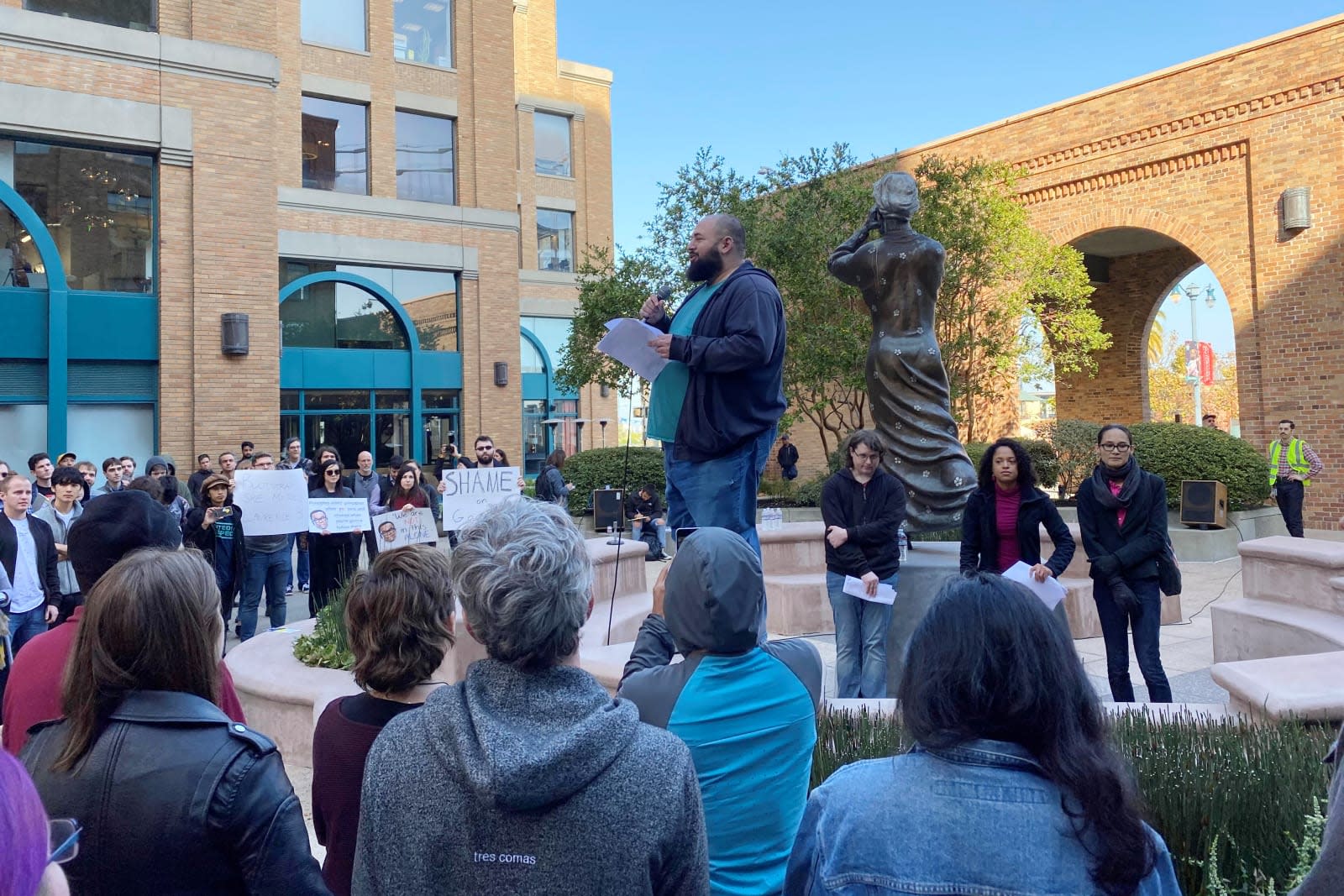 Tensions between Google and its employees aren't about to ease up any time soon. Staff held a protest in San Francisco on November 23rd that accused Google of retaliating against two workers, Laurence Berland and Rebecca Rivers, for workplace organizing. The two were placed on indefinite leave earlier in November for allegedly violating company policy through improper document access, but Berland, Rivers and supporters believe that was really just a pretext for punishing activism.

Rivers in particular had been involved in petitioning Google to avoid bidding on contracts for both Customs and Border Protection as well as Immigration and Customs Enforcement. While the company is ostensibly looking into her document access, she said that the Google investigative team had spent much of its time asking her about the petition.

We've asked Google for comment. Earlier in the week, though, a spokeswoman talking to CNET had defended the indefinite leave and explained that it was a common practice during investigations.

We wouldn't count on a resolution in the near future. Dozens of Google employees have reported instances of retaliation, and management has been accused of multiple efforts to quash dissent. Its decision to scale back town hall meetings has raised concerns that it's trying to avoid criticism of company policy,while it recently hired a company known for its anti-union practices. Workers have even raised concerns over an internal Chrome extension that flags meetings with over 100 workers or 10 rooms, claiming that it let Google track worker organization meetings. Google has maintained that the add-on is only meant to avoid spam.

Still, something might have to give. Protests have attracted thousands of workers, and they're no longer all that rare. These could affect both its public perception and its ability to recruit employees. If top talent doesn't feel comfortable working at Google, that could affect its bottom line while helping competitors.

Update 11/24 10:55PM ET: In a response to Engadget, Google spokeswoman focused primarily on the company's own misconduct concerns rather than the protest. "We have clear guidelines about appropriate conduct at work, and we've had a number of concerns raised," the spokeswoman said. "We always investigate such issues thoroughly."

In this article: activism, business, gear, google, internet, labor, protest
All products recommended by Engadget are selected by our editorial team, independent of our parent company. Some of our stories include affiliate links. If you buy something through one of these links, we may earn an affiliate commission.