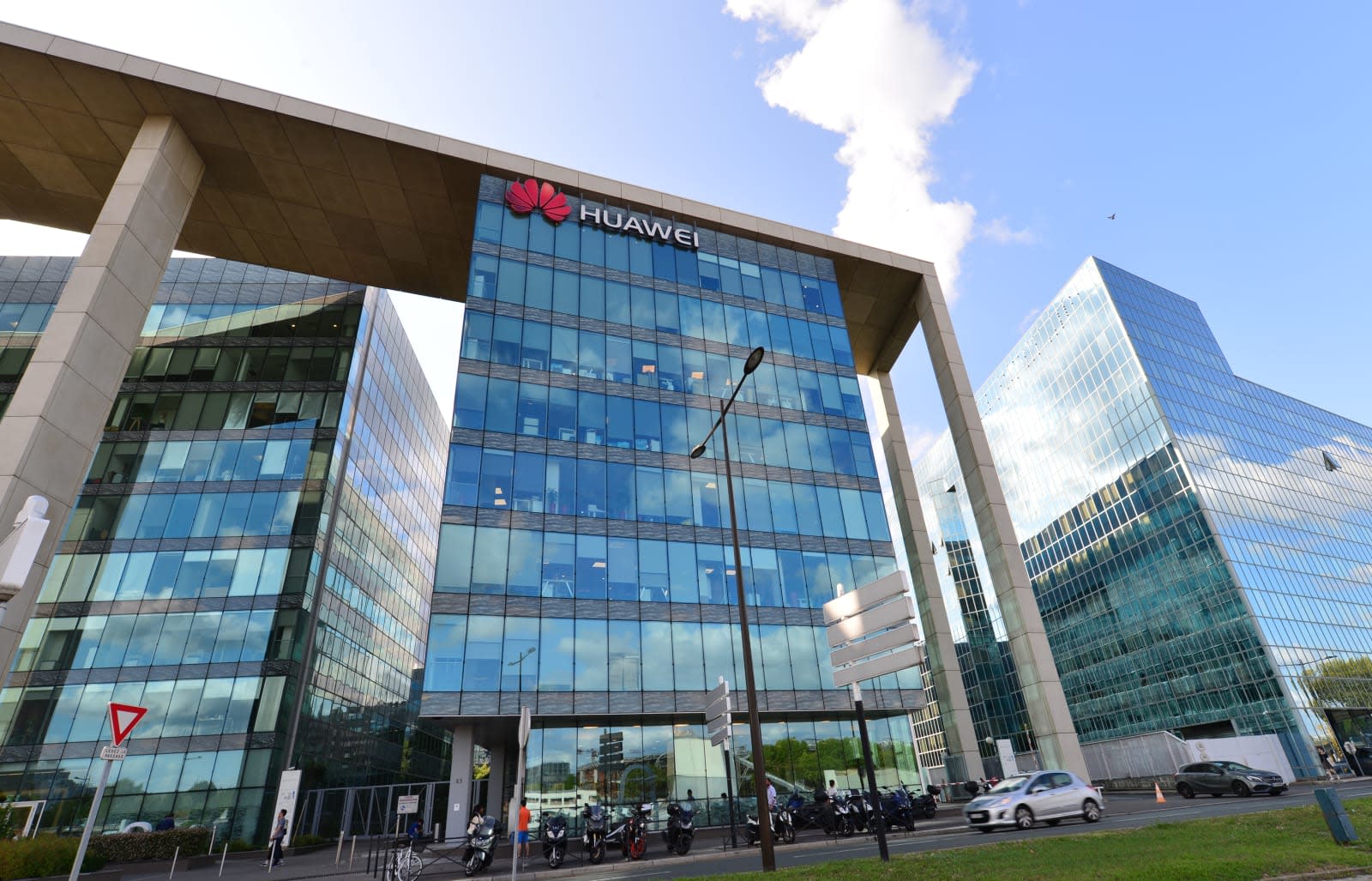 Huawei is taking a more aggressive stance against critics who say it has ties to the Chinese government, according to Bloomberg and French investigative site La Lettre A. The telecom giant has filed three defamation suits in France against a French researcher, broadcast journalist and wireless network expert, all of whom made comments on different television programs. Huawei has confirmed that the claims were filed back in March.

Huawei said it's only suing over claims that it is controlled by the Chinese state and that is using its expertise to commit acts of espionage. "These statements are false," it added. The claims come at a delicate time, however, as France recently enacted new legislation dubbed the "Huawei Law." That will allow any company including Huawei to bid on 5G infrastructure in France, but will also give the government power to approve or reject them based on national security implications.

The US government has been pressuring EU allies to exclude Huawei from building 5G infrastructure. While France has hedged that by allowing Huawei to bid while reserving the right to reject it, Germany has said that it will allow Huawei to build and access its 5G networks. The US has told both Germany and Canada that it may cut back access to intelligence data if Huawei is allowed in.

Huawei has sued the US government for banning its equipment from 5G networks in the US, but using the courts against critics appears to be a new tactic. The US government lawsuit hasn't stopped representatives from reiterating claims that Huawei would be forced to hand over data to the Chinese government if asked.

Huawei didn't sue the broadcast networks, including TF1 and France 5, saying it wasn't trying to attack the freedom of the press. However, Valerie Niquet, one of the experts who was sued said "I am surprised that Huawei decided to file a lawsuit against an expert who spoke in broadcast television programs, in her capacity as an expert on China."

In this article: business, critics, defamation, experts, France, gear, Huawei, lawsuit, politics
All products recommended by Engadget are selected by our editorial team, independent of our parent company. Some of our stories include affiliate links. If you buy something through one of these links, we may earn an affiliate commission.