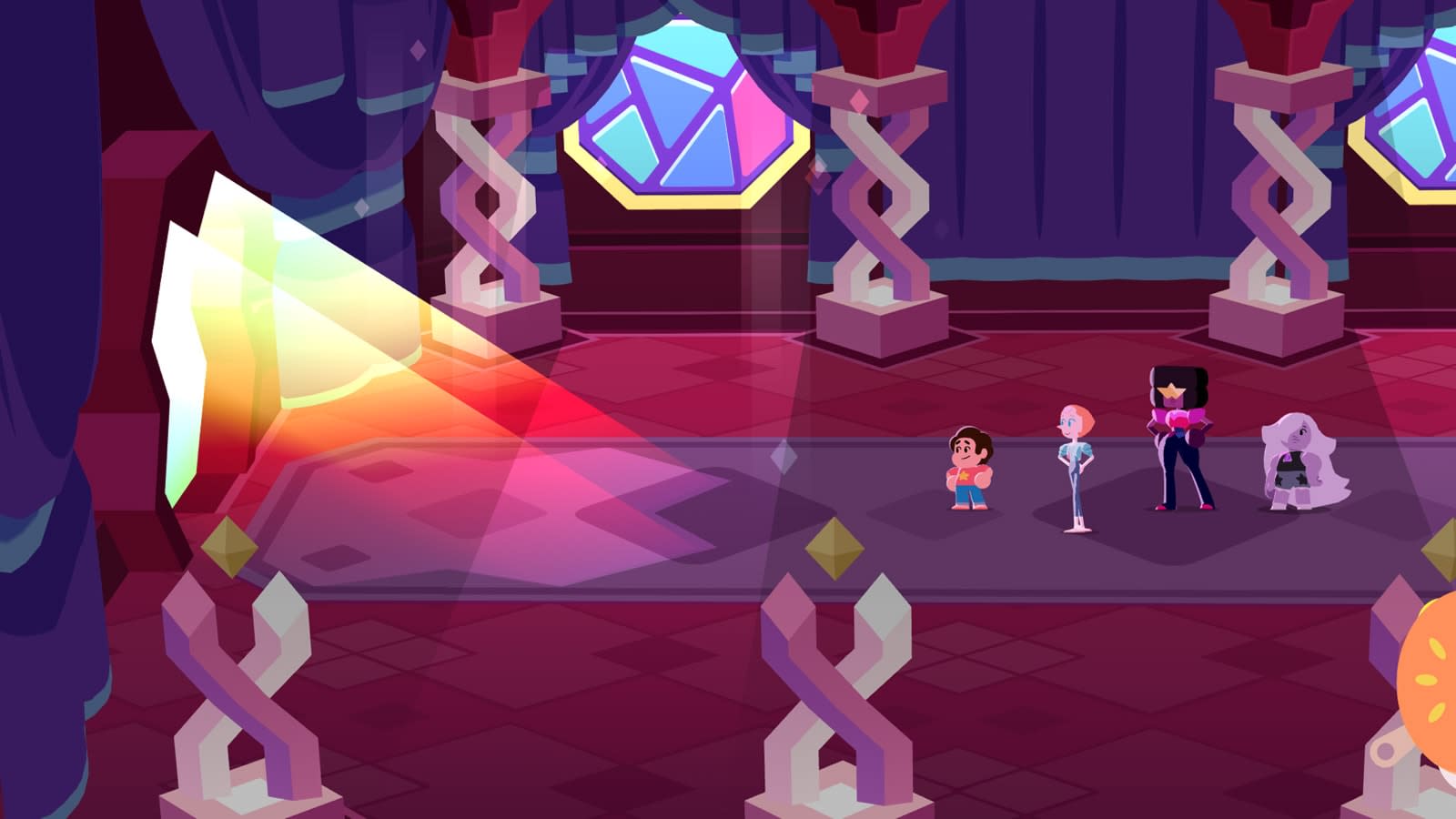 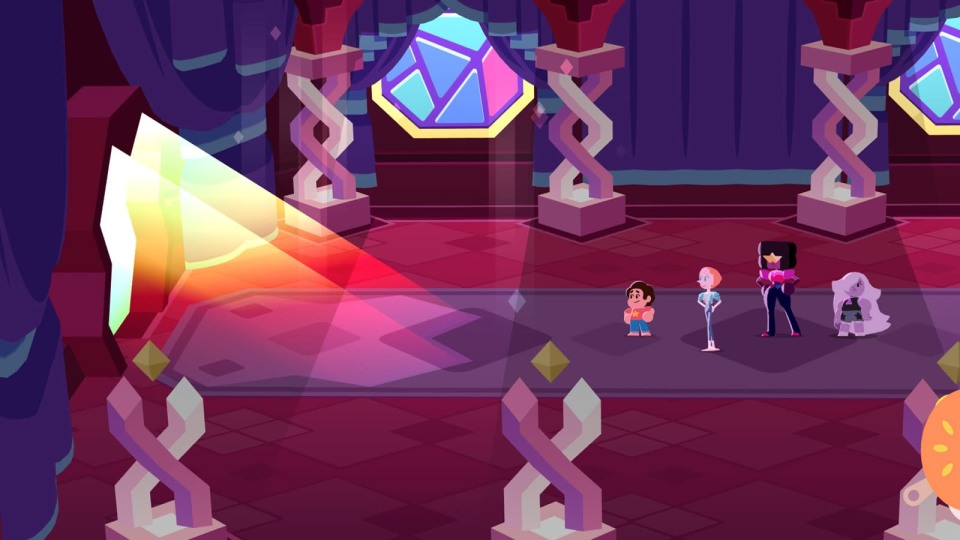 There's now a way to continue the Steven Universe role-playing saga -- if you have Apple gear. Cartoon Network has released Steven Universe: Unleash the Light as an Apple Arcade title for Apple TV, iOS devices and Macs. The game has you once again leading Steven and pals, this time as they fight two Prism-toting Gems who threaten to disrupt the peace you fought so hard for the last time. The network isn't skimping on talent -- the story is co-written by SU creator Rebecca Sugar, and touts voice acting from the TV show's cast.

The mechanics will be familiar if you've tried the game before. You control six of the series' characters (including, of course, Steven) as they participate in JRPG-style battles for the fate of the galaxy. You can set formations and choose abilities that tip fights in your favor, including combo attacks and "Gem Fusions" that merge characters into new entities like Rainbow Quartz 2.0 and Sunstone. It's not a radical break, then, but it's also part of a $5 all-you-can-play subscription -- if you're already inclined to use Apple Arcade, it won't hurt much to give the game a spin.

In this article: app, apple arcade, apple tv, av, cartoon network, facebook, games, gaming, ios, ipad, iphone, mac, macos, mobile, steven universe, steven universe unleash the light, video, video games
All products recommended by Engadget are selected by our editorial team, independent of our parent company. Some of our stories include affiliate links. If you buy something through one of these links, we may earn an affiliate commission.