No Man's Sky developer Hello Games has released the latest update for its popular space exploration game. Titled Synthesis, the highlight of the update is a new upgrade system that allows you to visit one of the game's many starship-outfitting terminals to spruce up your favorite spacecraft. Using the new system, you can upgrade one of your current ships all the way to S-Class, as well as add additional inventory slots.

As part of a related salvaging system, you'll also be able to break down any ships you no longer want into scrap materials or augmentations that allow you to increase the inventory capacity of one of your other spacecraft.

The theme of this update is quality-of-life improvements. Hello Games has overhauled the player inventory system, making it both easier and faster to use by allowing you to simply drag and drop items to switch their place in your inventory. The studio has also added a new feature that allows you to save multiple different outfits within the game's customizer menu, so that you can then switch quickly between them when you want. 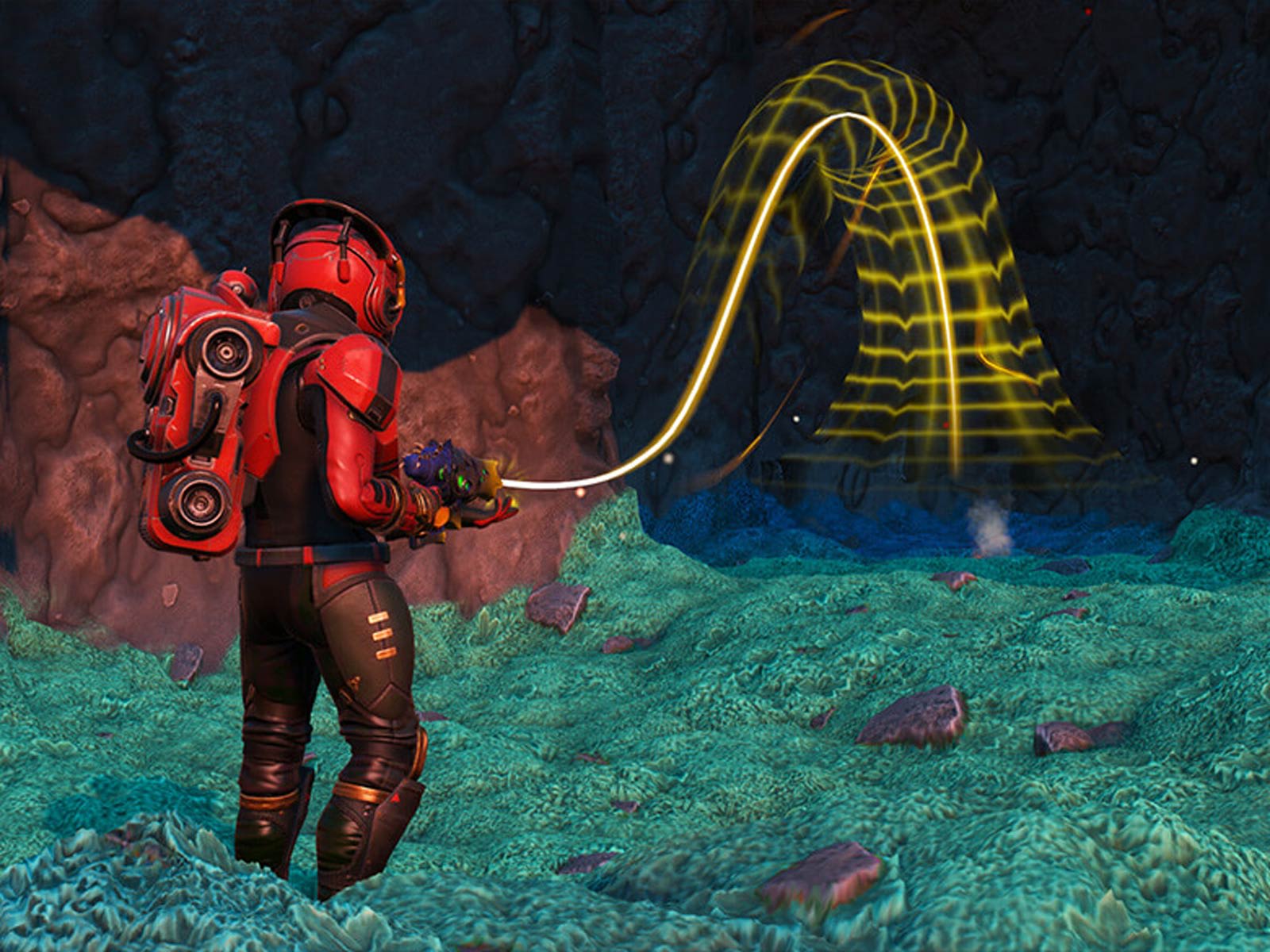 Additionally, the update brings feature parity to the VR and non-VR versions of the game. If you play the game in virtual reality, you'll now be able to access No Man's Sky photo mode, as well as ride creatures. For those on traditional platforms, you can now pilot an Exocraft in first-person. To top it all off, Synthesis also includes close to 300 bug fixes.

The update is available today on PC, PlayStation 4 and Xbox One.

Few games in recent memory have had a complete turnaround like No Man's Sky. When it initially came out in 2016, both critics and players came away disappointed after years of hype. However, to Hello Games' credit, the studio stuck with No Man's Sky. And for a lot of people, Engadget staff included, the game's recent Next and Beyond updates were the turning point: No Man's Sky had finally become the game it had always said it would be. The even better news is that it looks like Hello Games still has a lot of improvements planned. "Right now we're working on some really impactful future updates," the studio said in a press release. "But we had a whole host of improvements and changes that we knew the community would be excited about."

All products recommended by Engadget are selected by our editorial team, independent of our parent company. Some of our stories include affiliate links. If you buy something through one of these links, we may earn an affiliate commission. All prices are correct at the time of publishing.
‘No Man’s Sky Synthesis’ update allows you to upgrade your favorite ship
av
gaming
hello games
microsoft
no mans sky
pc
pc gaming
playstation 4
ps4
sony
synthesis
video games
xbox one